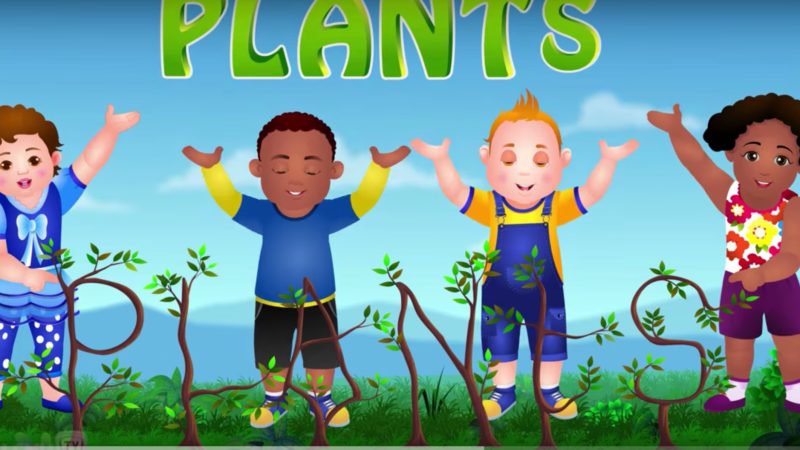 Have you ever noticed what your toddler is watching online, when you hand them a screen in order to enjoy a little respite from the demands of parenting? If your child is like most, their eyes are likely glued to recycled popular rhymes pouring from the mouths of cartoon characters singing catchy tunes. Have you ever wondered why your kids happily spend so much of their childhoods watching these videos?

Recently, India's third-largest YouTube channel, Chu Chu TV, with nearly 5 million subscribers, drew attention on social media with the release of a new report analysing what makes the channel so popular. Launched in 2013 by an Indian entrepreneur named Vinod Chander, Chu Chu TV is now the most-watched YouTube channel in Asia Pacific and the second-most watched children's “edutainment” channel in the world. The channel has also amassed more than 5 billion views with just 115 videos in approximately three years.

My daughter is probably responsible for a major chunk of number of views. Chu chu TV rhyme zone! #GokhaiGayu https://t.co/oJpBdJI20I

Tell me about it!! My night time ritual with little muchkin is CHU CHU TV without fail https://t.co/SEcllurZZ3

No wonder. I see every toddler watching #ChuChuTv on the phone. Great idea. https://t.co/XljNR2IGfK

Why so busy baby? 😍 #chuchutv pic.twitter.com/zL5N7XjoVB

What makes it work?

Toddlers love repetition and soon begin to interact with a story they have experienced several times. Chu Chu TV mainly deals with popular nursery rhymes and they introduce kids to early phonetic skills with colours, music, and beats. The videos help develop children's speaking and hearing skills and improve vocabulary and accent with repetitive syllables and tone. The rhymes also enhance kids’ imaginations by narrating stories that children can picture in their minds.

The videos also avoid the negativity many rhymes posses. In ChuChu TV’s version of the Humpty Dumpty video, for example, Humpty gets back up from the fall, learns a lesson from his mistake, and moves forward with confidence.

The smile I get from my daughter when I put on Chu Chu TV for her, am tired of the show but am happy she likes it because she really learn alot from it.😃😃😃😃she's even repeating some words from it,so thumbs up to that!!! ‪#‎carissaquietmode‬ ‪#‎herloveforlearning‬ ‪#‎herfavouriteshow‬ ‪#‎myhappychild‬ ‪#‎cantbtiredwhenshelearning‬

I do feel we would have benefited from ChuChu TV though with youngest especially as he was more of a reluctant learner unless something seemed very fun and captivating for him. He tends to switch off otherwise, so I really want to introduce as many parents to ChuChu TV as possible who might have challenging pre-schoolers like I did and are in need of a little learning inspiration to pass the time.

The channel also encourages good behaviour, such as the importance of sharing and telling the truth. A blogger at Champa Tree, for instance, writes how her son was inspired by a video on Chu Chu TV:

One day I watched him listening to a very interesting rhyme on the channel. It was about brushing your teeth. And, you won’t believe what followed soon-after. He went straight to the bathroom and picked up his little, blue toothbrush and started rubbing it against his gums.

However, the repetitive rhymes can be annoying for other people at home.

@sanchayan @hankypanty I can hear CHU CHU TV SURPRISE!! even in my nightmares.

In an interview with TubeFilter, Vinod Chandar mentioned that Chu Chu is the nickname of his daughter, Harshita. He said the channel's success lies in its focus on “quality”:

We concentrate on quality rather than quantity. We work hard on each and every aspect while creating a video which includes concept creation, lyrics, music, graphics, animation and then the final edit. We just don’t compromise and the results are showing.

How much screen time children should have on a daily basis is hotly debated. The average American child, for example, watches more than four hours of TV a day—twice the limit recommended by the American Academy of Pediatrics. Watching television at excessive rates deprives children of much-needed physical exercise. However, if you allow restricted screen time with quality content, experts have found that kids can develop some good skills. Moreover, as any parent guiltily knows, screen time (watching television, and using tablets and mobile phones) is probably the cheapest and most reliable form of babysitting available to most moms and dads.