Russian Athlete Branded a ‘Traitor’ for Competing in Rio Olympics 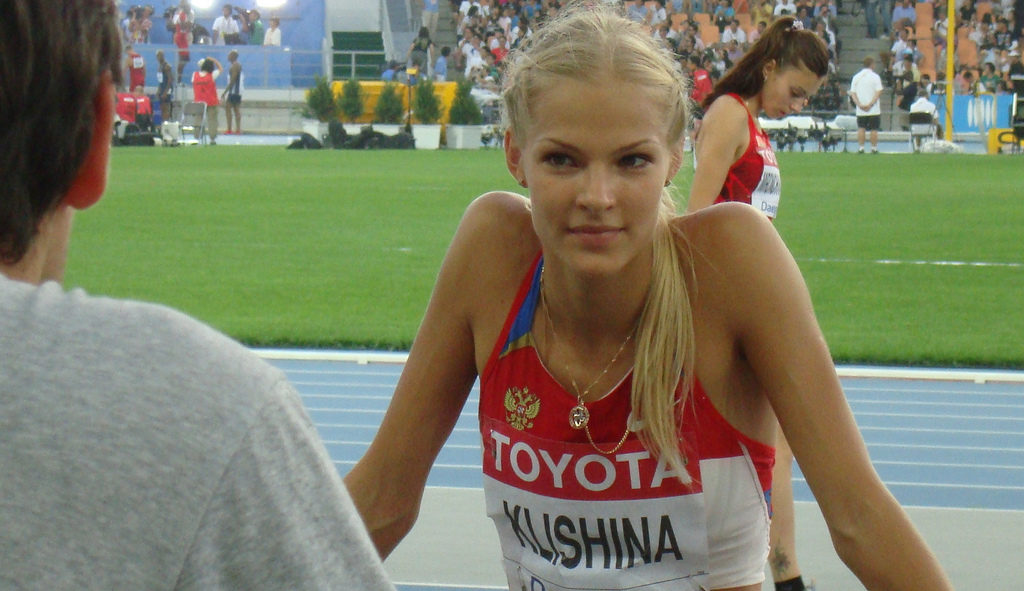 Internet users in Russia are ganging up on long jumper Darya Klishina for agreeing to compete in the Rio Summer Olympics under a neutral flag. Many on the RuNet believe the athlete's decision is unpatriotic.

The International Association of Athletics Federations (IAAF) announced on Sunday that it had rejected nearly every Russian athlete’s applications to participate in the Rio Olympics, the latest episode in a long series of scandals surrounding doping in Russian sport. One, however, was spared: Darya Klishina, who lives and trains in the United States and should now be able to compete in Rio under the neutral, Olympic flag.

The announcement has generated an intense debate on the Russian Internet as well as in the media, centered around whether or not Klishina was a “traitor” of her native country. In particular, the fact that Klishina thanked the International Association of Athletics Federations (who rejected all the other Russian athletes) in her Facebook post announcing her participation in the Olympics has raised a barrage of criticism.

Pro-Kremlin outlet Life (formerly Life News) quickly compiled a selection of comments from Klishina’s post. Though most comments actually lean towards supportive, Life chose to emphasize those most critical towards the athlete, with one user asking why someone living in the US “considers herself a Russian athlete.”

The debate spun beyond the Facebook comments, however. On Twitter, a picture shared by a journalist from the Komsomolskaya Pravda tabloid and comparing Klishina to Russian soldiers who fought for Germany during World War II quickly made the rounds, having been retweeted over 600 times at the time of writing.

In a parody of propaganda leaflets dropped over Soviet lines by the Germans during World War II, it asks Russian athletes to “follow the example of Darya Klishina, your compatriot” and “renounce the shameful Russian flag.” To make the matter even clearer, Dmitri Smirnov, the journalist, added as a comment: “Russian soldiers! Hot meals, rest and medical care await you in German captivity!” (See above.)

Eduard Limonov, an ultranationalist writer and politician who used to oppose Vladimir Putin but now supports him, also criticized Klishina’s decision on Twitter, saying that she should refuse to participate in the Rio Games.

Klishina should refuse to participate in the Olympics out of solidarity with the [Russian] athletes who were rejected. Shame on her if she doesn’t!

In an interview to the official website of the Russian Athletics Federation, Klishina defended herself, saying that she had been training in the United States for three years already. “Insulting me and calling me a traitor is wrong, I believe,” she said.

Not all reactions were negative: Tatyana Lebedeva, a former athlete and Olympic champion who now sits on the Council of the Athletics Federation said she fully supported Klishina's decision, according to Russian news outlet Sport Express. “If she wants to compete under a neutral flag, she has every right to do so,” Lebedeva said, adding that “we all know that Dasha is Russian.” In a non-representative poll, published by Russian news outlet Gazeta.ru and answered by more than 8000 people, 66% of respondents said they did not think Darya Klishina was a “traitor.”

Arguments about an alleged lack of patriotism on the part of Russian athletes or celebrities have been frequent in Russia, especially since the annexation of Crimea and the war in Eastern Ukraine that began in 2014.

The national soccer team's defeat in the Euro 2016 championship, two years before the World Cup that will be hosted in Russia, has prompted a petition calling to disband the team. Gazeta.ru interviewed the creator of the petition (which has already gathered over 800,000 signatures), who argues that the team should be disbanded because the players showed “a lack of patriotism.”

Another recent example is the story of Russian musicians who participated in a music festival in Latvia. Their participation created a small media storm after 78-year-old Soviet and Russian poet and music writer Ilya Reznik accused them of being “traitors.” “This lack of principles and this desire to earn money eventually leads to those ‘small betrayals'”, Reznik told the Life news outlet. In an interview with the tabloid Komsomolskaya Pravda, he further explained his position:

There are currently NATO bases in Latvia. This is where our Russian noncitizens live, they cannot become citizens. This is where they are removing Russian memorials. And so I think this [going to the Yurmala festival] means they have no principles.

Russian sports nevertheless remain the main point of tension. Kremlin’s spokesman Dmitry Peskov declared that Russia would not boycott the Olympics, but urged Russian athletes to “use all the [legal] tools at their disposal” to fight the ban decision.

Update: After the IAAF decision and the heated online discussions about Klishina's status, the International Olympic Committee said that Russian athletes who got the IAAF's permission to attend the Olympics would be allowed to compete under the Russian flag at the Rio Games. According to a statement from IOC President Thomas Bach, Klishina would also be able to compete under the Russia national flag should she be officially selected by the Russian Olympic Committee.