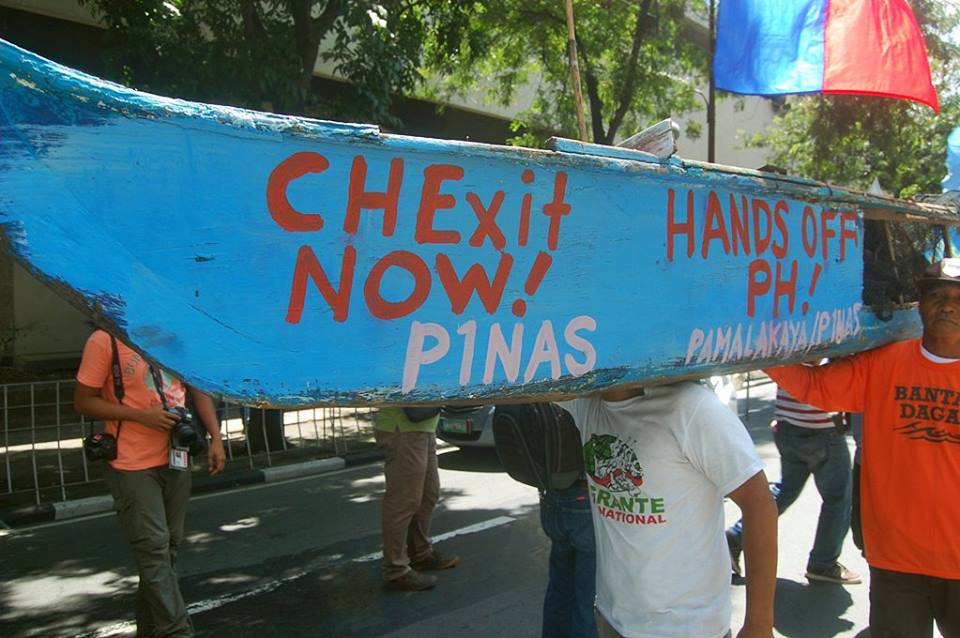 Filipino fisherfolk stage a protest in front of the Chinese Embassy in Manila. Photo from Pamalakaya

Filipino netizens and activists are a demanding a “Chexit” — that China pull out of their country's territorial water — after the Permanent Court of Arbitration in The Hague ruled in favor of the Philippines against China’s claims in the South China Sea (known in the Philippines as West Philippine Sea).

The international court held China accountable for violating the Philippines’ right over its exclusive economic zone and extended continental shelf as stipulated under the United Nations Convention on the Law of the Sea (UNCLOS).

China is claiming over 90 percent of the West Philippine Sea under its so-called “nine-dash line”, encompassing water falling under the jurisdiction of the Philippines and other Southeast Asian countries.

The ruling questions some of China’s actions such as preventing Filipino fishermen and ships from entering the disputed waters, destroying the marine environment, and building artificial islands in Philippine territorial waters.

The Philippines lodged the case against Chinese incursions over its territories with the international court in 2013. However, China has refused to participate in the hearings and has announced that it will not honor the tribunal’s decision.

The term #Chexit was coined by Filipino activists in a play on the term #Brexit, which refers to last month’s vote by the United Kingdom to leave the European Union.

Filipino activists used the #Chexit slogan while holding protest rallies in front of the Chinese Consulate in the Philippine national capital Manila in the days leading to the ruling. 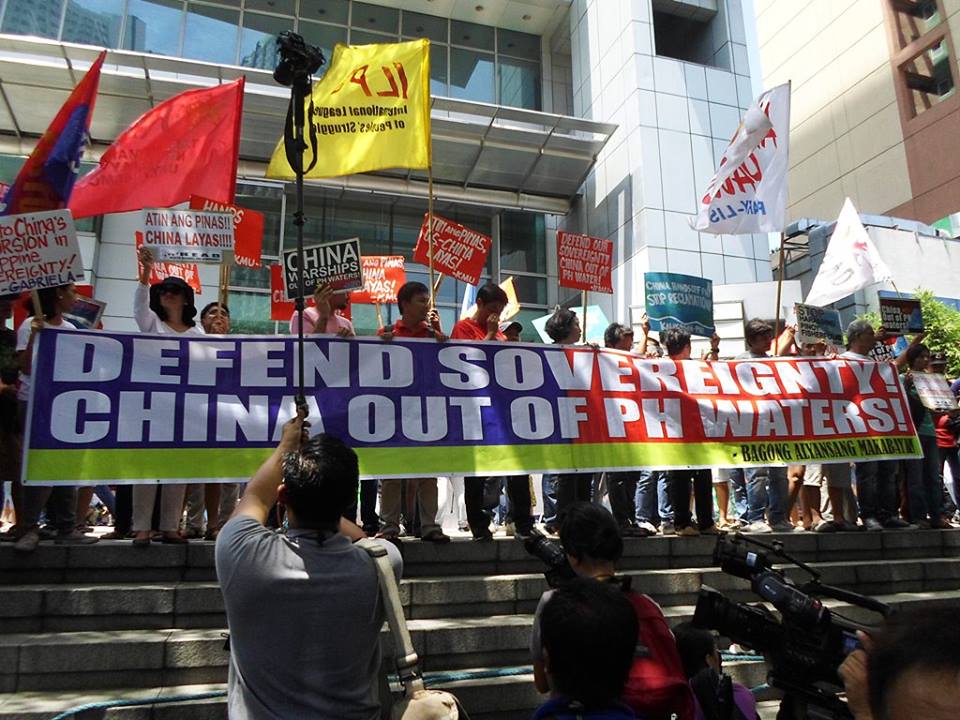 #Chexit protest in front of the Chinese Embassy in Manila. Photo from the Facebook page of Mon Ramirez

The #Chexit hashtag has gone viral on various social media sites and became a worldwide trend on Twitter. Filipino netizens are weighing in on the international tribunal's verdict and its implications:

Here's that Filipino protesters hat in full glory from @AFPphoto. Will the headgear stakes be upped by Beijing? pic.twitter.com/TGNQNMLefK

West Philippine Sea is legally, politically and historically ours.

this is not just about the Philippines, China is also claiming the territory of Vietnam, Indonesia and Malaysia. #CHexit

Protest today a the Chinese consulate in the PH, hours before tribunal ruling. #CHexit pic.twitter.com/tyP0PxOs4d