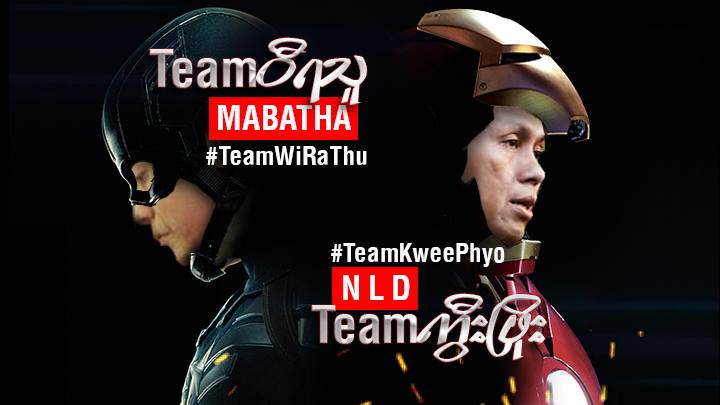 Photo posted on the Facebook page of Myanmar Meme by Htet Myat Lynn. This is an example of memes reflecting the rivalry between the Yangon Chief Minister Phyo Min Thein (Kwee Phyo) and Wirathu, the leader of a radical Buddhist group.

Phyo Min Thei, the chief minister of Myanmar’s Yangon City, made a daring statement last week when he declared that the radical Buddhist nationalist group Ma-Ba-Tha (Association of Race and Religion Protection) is “no longer needed” since the Sangha Maha Nayaka Committee of the government is already overseeing the country's Buddhist affairs.

Wirathu, the influential leader of Ma-Ba-Tha, has threatened to hold a nationwide protest if the government will not take action against Phyo Min Thein.

But Internet users have launched a campaign in support of the minister.

Established in 2013, Ma-Ba-Tha is a civil-religious group composed of Buddhist monks and their supporters whose avowed aim is to protect Buddhism, Buddhists and Myanmar from the so-called “danger of Muslim expansion.” Myanmar has a Buddhist majority population, although it has more than 100 ethnic minority groups.

Ma-Ba-Tha has gained notoriety because of its anti-Muslim statements and activities. In particular, it has been a strong force behind the attacks against the Rohingya people, a Muslim ethnic group living in the western part of Myanmar. Supporters of the ideology of Ma-Ba-Tha and its leaders have been producing a hate-speech narrative that demands the government to expel the Rohingya, whom they are accusing of being illegal immigrants and terrorists. Many human rights groups consider the Rohingya to be one of the most persecuted minorities in the world.

Phyo Min Thein, known by his supporters as Kwee Phyo, is part of the new ruling party National League for Democracy (NLD), which is led by Nobel Laureate Aung San Suu Kyi. The NLD came to power in February 2016 after defeating the military-backed party during the general elections. The military had ruled Myanmar from 1962 until early this year.

As Yangon’s chief minister, Phyo Min Thein has made a name for himself instituting several contentious reforms, like a building regulation he imposed during the annual water festival in April. But he sparked an even bigger controversy last week by publicly speaking against the powerful Ma-Ba-Tha.

Fortunately, Phyo Min Thein received support from many Internet users. The hashtag #NoMaBaTha was endorsed on Facebook as part of the campaign to defend the chief minister against the online supporters of the radical Buddhist group.

Some Facebook users are adopting this image on their profile page in support of the chief minister: 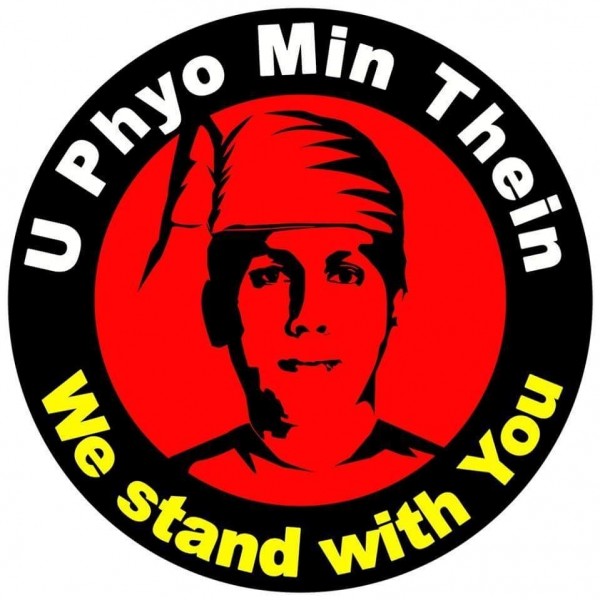 Here are some reactions to the #‎NOMaBaTha‬ hashtag. Htin Linn Aye distinguished the Ma-Ba-Tha from the rest of Buddhist monks in the country:

I revere the sons of Buddha who abide by his doctrine

To those who are saying we will become dogs if Ma-Ba-Tha no longer exists, now let me ask have we always been dogs many years before Ma-Ba-Tha came? :p:p:p:p:p
credit
‪#‎NOMaBaTha‬

A Google form was also created to gather more support for the statement issued by the Yangon chief minister about the Ma-Ba-Tha.