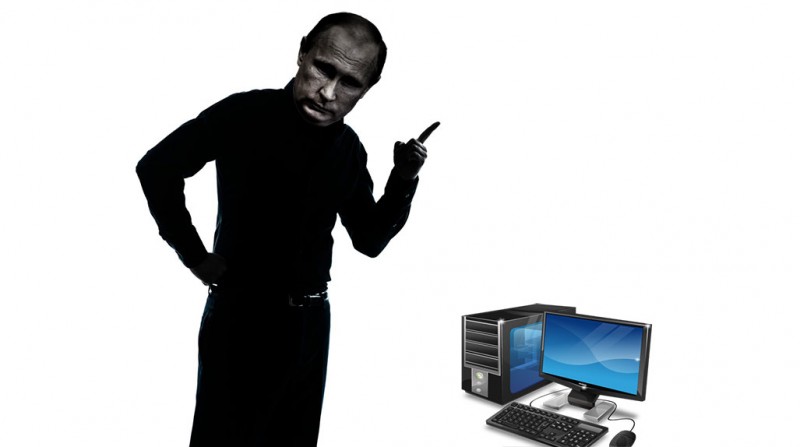 Many across the world are focused on the American contest between Hillary Clinton and Donald Trump, but elections are coming to Russia, too, where voters will choose a new State Duma this September. According to reports [2], the Central Election Commission is spending upwards of 20 million rubles (about $313,000) on voter outreach, subsidizing items like bumper stickers and advertisements on radio, television, and the Internet, in the hopes of boosting turnout.

Though Russian elections have become less competitive in recent years, some experts today are speculating [3] that the Communist Party—which enjoys enduring popularity among older voters and, some say, is increasingly appealing to younger people—might consider [4] mounting a genuinely oppositional campaign this contest, despite the likelihood of election fraud allegations.

The Kremlin, meanwhile, presumably wants the elections to go smoothly, most of all. Earlier this year, President Putin addressed the Federal Security Service (the post-Soviet successor to the KGB), warning the agency that “enemies at the gates [5]” are preparing to meddle in Russia's parliamentary elections, alluding unsubtly to Western powers. He charged the federal security apparatus with stopping anyone who tries to use radical slogans and other means to “polarize” Russian society.

Enter Roskomnadzor, the federal agency tasked with regulating the Russian media, including the Internet. Roskomnadzor is best known for its broad-sweeping powers [6] when it comes to policing the Web, for which it maintains a blacklist of banned online resources. Today, the agency announced it had blocked four websites that published calls to boycott Russia's elections this September, along with broader plans for protests to disrupt the voting.

According to a press release [7], Roskomnadzor says it was responding to orders from the Attorney General's Office:

Calls for the disruption of elections to the lower house of parliament undermine the basis of the Russian Federation’s constitutional order, according to which the highest direct expression of authority of the multinational people of Russia is referenda and free elections.

When reached for comment, Roskomnadzor spokesman Vadim Ampelonsky clarified [8] the agency's decision, explaining that it blocked the websites because of “calls to action,” and not exclusively for promoting an election boycott. Roskomnadzor has, however, made a point of drawing attention to the boycott component of these websites’ illegal activism, mentioning it three times in its original press release. Ampelonsky told [9] the news website TJournal that “such propaganda” is “pure extremism.”

The Russian media later learned that one of the four blocked websites belonged to Mikhail Khodorkovsky’s oppositionist movement Open Russia [10], which was soon unblocked after it removed the content identified by law enforcement. The other three websites on Roskomnadzor's list were relatively unknown resources. One has complied with Roskomnadzor's takedown order and is no longer blocked. Of the other two websites, only one—a rather frightening-seeming page [11] on blogspot.ru—is still online. It features a picture of a killer clown skull and the words “A presentation of ‘Elections-2016.’”

Update (July 10, 2016): In a statement [12] published online, Open Russia claims no part of its website was ever blocked by Roskomnadzor. The organization also says, however, that it offers a blogging platform with certain rules, and it bans writers for breaking its rules. “Sometimes Roskomnadzor notices violations [of our rules] sooner than we do. And that's what happened this time,” Open Russia explains, suggesting that Russian government censors did exert at least some influence on the website.