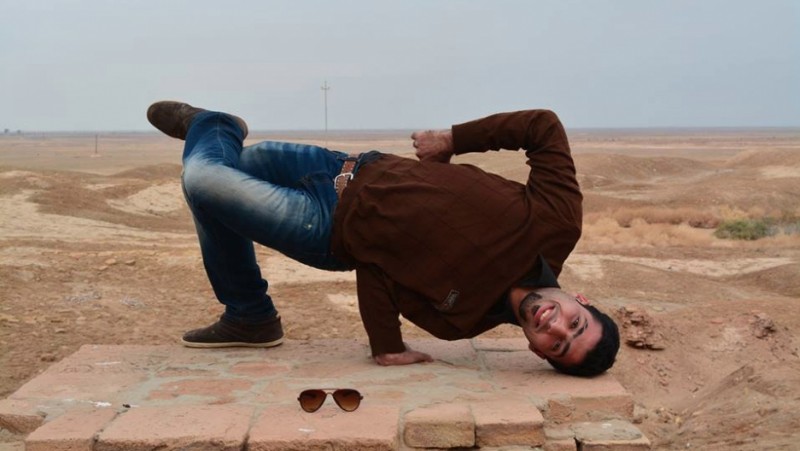 This article by Lucy Martirosyan [1] originally appeared on PRI.org [2] on July 6, 2016, and is republished here as part of a content-sharing agreement.

The moonwalk was easy for him. He could mimic almost all of Michael Jackson's moves. But Adel Al-Jaf, known by his stage name “Adel Euro,” would have to dance in isolation while living in Iraq.

He fell in love with dancing after watching Michael Jackson and Britney Spears perform together [3]. That was the moment he decided to become a dancer. Since then, he would start collecting Michael Jackson's CDs and mimic the performer's dancing.

But men who sing and dance are judged differently in Iraq, Al-Jaf said in an interview with the BBC in 2015 [4]. They're derided as feminine, weak or homosexual.

His parents warned him that his breakdancing and rapping could lead him into trouble.

Al-Jaf was one of the 250 people killed in the Baghdad bomb attack claimed by the ISIS militant group on July 3 at the  district.

“They told me what I'm doing could be dangerous in Iraq — because this is not our culture,” Al-Jaf said in that 2015 interview. “I cannot be dancing in the street or doing these moves outside. They said that this will bring you more trouble in your life. There is no future for this art, for this thing or this hobby you like in Iraq.”

Al-Jaf kept dancing, singing and rapping anyway. He would choose isolated areas within parks to practice his moves. When the police would stop him, he'd say he wasn't dancing, he was performing martial arts — a more masculine and therefore more acceptable physical activity for Al-Jaf to practice.

Through YouTube and Skype, he would receive feedback on his dancing from Jonathan Hollander, the founder of a New York dance group, Battery Dance.

Al-Jaf later performed with Battery Dance in the Jordanian capital of Amman.

This was Al-Jaf's first time performing in front of an audience. Here's the video of his first performance.

When he returned from Jordan to Iraq, Al-Jaf said he fell into a depression.

“In our culture, they'll fight these kind of hobbies. A man who dances is not a real man,” he said.

But he pushed himself to keep dancing anyway, despite the negative connotations his society had with men and dancing.

“One day I'll leave Iraq and go to a place where people love dancing and they're not fighting it.”