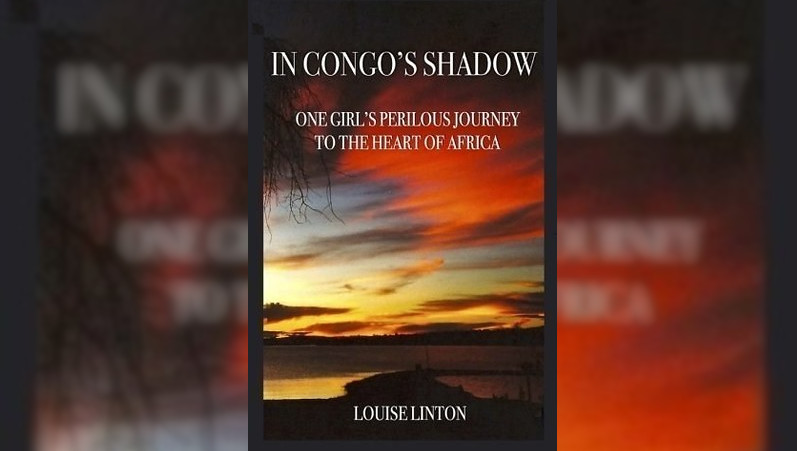 The cover of the book In Congo’s Shadow.

The hashtag #LintonLies has been trending on social media since British newspaper the Telegraph published an extract of a book written by US-based Scottish actor Louise Linton about her “nightmare” gap year volunteering in Zambia.

Zambians, other Africans and friends of Africa are using humor to criticize the book's factual errors, deceptive generalisation and misrepresentation of Zambia, a peaceful nation in southern Africa, as a rebel-infested country.

In the extract, Linton says she “had come to Africa with hopes of helping some of the world's poorest people,” but describes being forced to later flee for cover “deep in the Zambian bush” under the “dense jungle canopy” when armed rebels from neighboring Democratic Republic of Congo raided the village where she lived. “As the night ticked interminably by, I tried not to think what the rebels would do to the ‘skinny white muzungu with long angel hair’ if they found me,” she wrote.

My innocent dreams of teaching the villagers English or educating them about the world now seemed ridiculously naïve […] I soon learned that Africa is rife with hidden danger. I witnessed random acts of violence, contracted malaria and had close encounters with lions, elephants, crocodiles and snakes. As monsoon season came and went, the Hutu-Tutsi conflict in neighbouring Congo began to escalate and then spill over into Zambia with repercussions all along the lake. Thousands of people were displaced and we heard brutal tales of rape and murder.

There has never been Hutu-Tutsi conflict in the Democratic Republic of Congo. That conflict took place in Rwanda, which does not share a border with Zambia. The country has never experienced a civil war, either. Also, Zambia does not experience monsoon season nor does it really have jungles.

Her geography was wrong, her knowledge of African politics is wrong. Somebody educate this imbecile. @BBCWorld. #LintonLies

Besides the factual inaccuracies, people are also criticizing Linton for having a “white savior complex” — the patronizing, colonial attitude that only white people can “save” Africans — and resorting to the tired characterization of Africa as a dark and dangerous place.

#Whiteprivilege is having a book deal on experiences that cannot be verified. #LintonLies

‘You were in Southern Africa honey, not the rainforest’

On Twitter, users picked apart Linton's book, some with a sense of humor. Masuka Mutenda quipped:

She also pointed out Linton's mistake in describing the environment of Zambia:

This #LintonLies special was the kicker for me. You were in Southern Africa honey, not the rainforest https://t.co/I2mERZIjJ0

Apparently Louis Linton believed the myth that putting something in a book would hide it from us black people. U gon learn today!#lintonlies

The account for a documentary out of Kenya called Hashtag Poor People promoted a clip compiling tweets showing off the worst of voluntourism — when a volunteer's sole focus is to promote themselves as better people, not effect lasting change or treat the subject of their efforts with respect:

Our generation has the chance to change this outdated ‘single story’ of Africa #LintonLies #PoorPeopleTheDocumentary pic.twitter.com/7Q9wQs6ze2

In the book, Linton says she formed a special bond with a girl named Zimba, a “gap-toothed child with HIV whose greatest joy was to sit on my lap and drink from a bottle of Coca-Cola.” Lusé Fiasco mocked Linton by posting a photo from the satire Instagram account Barbie Savior, which challenges perceptions surrounding volunteer work in Africa:

Rebels blew up the main water pipe to the village in Northern Zambia . Locals think it's a waterfall #LintonLies pic.twitter.com/6Nqyqbet5P

While Chishala Chitoshi Jr asked for prayer from Linton:

And Andrew Jackson came up with hair shampoo named after Linton and “inspired by the Zambian jungle”:

However, one US-based Twitter user, Heyoka, came to Linton's defence:

To all banging on #LouiseLinton: you say she lied,but the facts are in her favor.
NOW WHAT HAVE U DONE FOR AFRICANS? pic.twitter.com/LqdyzHAZaW

@knightcali “the facts are in her favor”? What facts? When was the last time Zambia was @ war? Since when is then monsoon in Africa? Com'on

There is no record of 12-inch spiders found in Zambia, as Linton claims.

Following the outrage, Linton apologized on her Twitter account. “I am genuinely dismayed and very sorry to see that I have offended people as this was the very opposite of my intent,” she tweeted, but later deleted her Twitter account entirely. In response, Zarina Khan said:

Zambian savage rebels just had her deactivate her account 😂😂#lintonlies

William Chilufya had the following advice for fellow Zambians:

Zambians learn to write about #Zambia yourselves otherwise #LintonLies will do it for you! Sofar u ve scored A+ for reading. Try Writing

To everyone railing against #LintonLies, let this be a reminder that WE have to tell our own stories. Write a blog/short story/etc. CREATE.