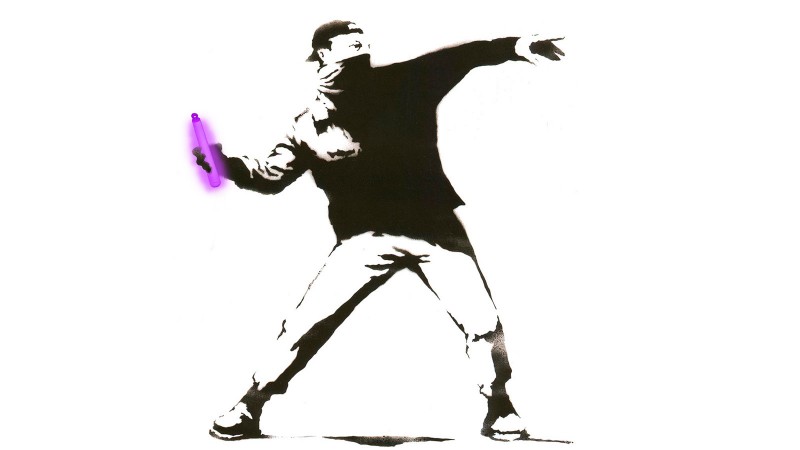 The first weekend of July was supposed to be a big one for Moscow's fans of electronic dance music (EDM). Roughly 10,000 people bought tickets to attend the “Outline Festival”—a bonanza featuring more than 50 of the top electronic music artists from Russia, the UK, Germany, and the US. The concert would be held at an old factory, which also featured art installations by urban artists from around the globe.

Ten hours before the festival was scheduled to kick off, however, organizers suddenly posted an update on Facebook announcing that the show had been called off. “Attention!” the notice read. “The festival is canceled due to the reasons beyond our control. Ticket costs will be refunded.” The reason remained unclear, but word quickly spread that Moscow city officials had decided unexpectedly to ban the event.

Yelena Rossokhina, a spokesperson for the Moscow district attorney, told reporters that the festival's organizers failed to get the proper permits to hold the event. Rossokhina highlighted public safety risks, specifically the threat of a fire. “It's not a ban—it's a preventive measure,” she explained.

Nobody likes canceling their plans, and the day Moscow banned this enormously popular music festival was the day Russian Facebook users transformed into apparent experts on event management.

Some Russians admittedly agreed with the district attorney, remembering a fatal incident from 2009 that occurred at a nightclub in Perm, where 156 people died in a fire. Facebook users shared a blurry, scanned document apparently showing that the Outline Festival's organizers were late to contact the Moscow prefect's office, and failed to address several fire-safety concerns. People claiming to be familiar with the situation have confirmed that the document is real, but many Internet users have gone ahead with an online petition demanding a more detailed explanation from the district attorney. (The petition attracted 773 signatures before it was closed and sent to officials.)

Others on Facebook stood by the concert's organizers, using the scandal as an opportunity to criticize Moscow's authorities. Anton Nossik, a media entrepreneur and popular blogger, drew some far-reaching conclusions, arguing that the festival's cancellation should be reason enough for Russians to emigrate. Nikolai Kononov, another figure in the Russian media, blamed the “urbanists” who he says have put their personal success before the interests of democracy, arguing these people ignored Russia's authoritarian creep and are now paying the price.

Yekaterina Dementieva, the chief editor of Afisha magazine, praised the festival's organizers, harshly criticizing the district attorney in an expressive Facebook post that she capped of with a quote from Bogdan Titomir’s 2010 song “Moskva Govno” (“Moscow Is Shit”).

Not everyone recognized the quote. Alexey Kikot, from the pro-Kremlin media outlet Life.ru, wrote a wordy Facebook post criticizing Dementieva's abuse of Moscow, blaming the festival's organizers exclusively for the cancellation of the event. Soon thereafter, the DJ Dmitry Fomichev created an online petition, demanding that Russia's government censor, Roskomnadzor, fire Dementieva from Afisha for insulting Moscow. Fomichev found especially offensive Dementieva's speculation that the cancellation of the Outline Festival was a trial run for cancelling the 2018 FIFA World Cup, to test what kind of public backlash there might be in response to losing a popular event.

Fomichev's petition fizzled, however, failing to attract more than 130 supporters. Also, technically speaking, Roskomnadzor lacks the authority to remove chief editors from their jobs. Fominchev did succeed, however, in stirring up a new controversy, drawing accusations that he was repeating the kind of behavior that fueled the Stalinist Great Terror.

In other words, it was an ordinary weekend on the RuNet.