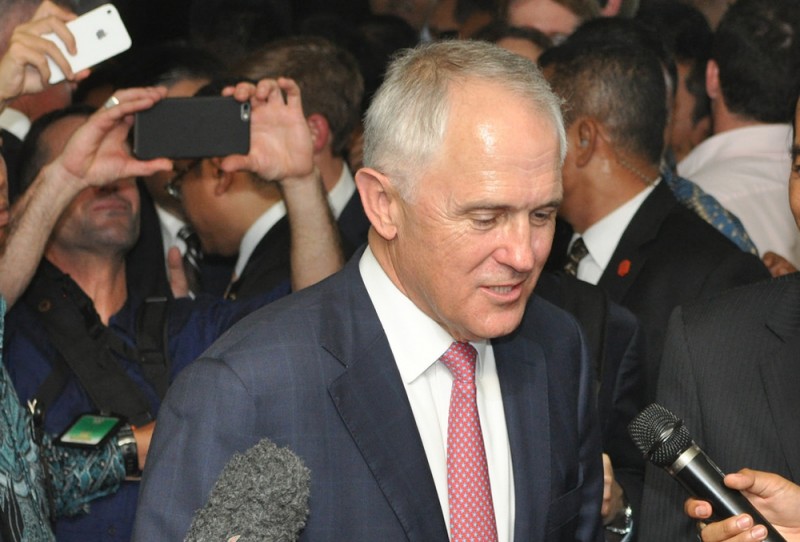 Australia and its prime minister, Malcolm Turnbull, may have a long wait to learn the result of the federal election held on 2 July 2016. Turnbull replaced the former prime minister, Tony Abbott, in September 2015 in a Liberal Party coup. His popularity at the time should have made him an easy winner at the next election.

However, the counting on Saturday night was inconclusive with neither the government nor the opposition confirmed as winning a majority of seats in the House of Representatives. The election of several minor party candidates and independents means that there may be a hung parliament, with neither side having a majority. Seventy-six of the 150 seats are needed to govern. The prime minister must have the confidence of the House, where governments are formed based on the Westminster system.

It was Turnbull who called early elections, but that decision seems to have backfired. The situation has caused a resurgence in references on social media to Turnbull as being a “fizza” — comparing him to a big red firecracker that only fizzes, failing to live up to its promise.

The count of votes has been complicated by a number of factors, some unique to Australia. Firstly, a candidate must gain more than 50% to win a House seat. A preferential system of voting is used, with electors required to give each candidate a vote in order of their preference. These are distributed if necessary until one candidate has an absolute majority (50% + 1 vote). Secondly, voting is compulsory. Electors who cannot get to a polling booth on election day may caste a pre-poll vote or a postal ballot.

The government is hoping that postal votes will favor them in the count of close contests. Not everyone is convinced:

The Liberal-National coalition ‘is a political alliance of centre-right parties’. Its main opponent is the Australian Labor Party, currently lead by Bill Shorten.

In the days before election day, most political commentators and the mainstream media had predicted a clear win for the Liberal-National parties’ coalition. Turnbull had appealed for stability after the UK's Brexit vote to leave the European Union.

The unexpected results have triggered soul-searching within the Liberal Party and possible moves against Turnbull's leadership. Political journalists such as Eliza Borrello are already quoting anonymous sources about instability within the coalition:

I'm still confused by the definition of stability #auswaits https://t.co/J4wbsA5sQJ

BREAKING from a conservative: If @TurnbullMalcolm does a deal selling us out for himself we can change him @1st party room meeting @abc news

Turnbull had called a double-dissolution, with all senators up for election rather than the normal half-Senate election. His strategy to get rid of minor parties and independents there also backfired. Anthony Cooke could see the funny side:

While #auswaits for the final count and results, some are tired of the leaders after an unusually long eight-week campaign:

Both leaders probably don't need to be seen until there is a result. The nation will cope, I suspect.

It will be days, if not weeks. We'll keep you posted.