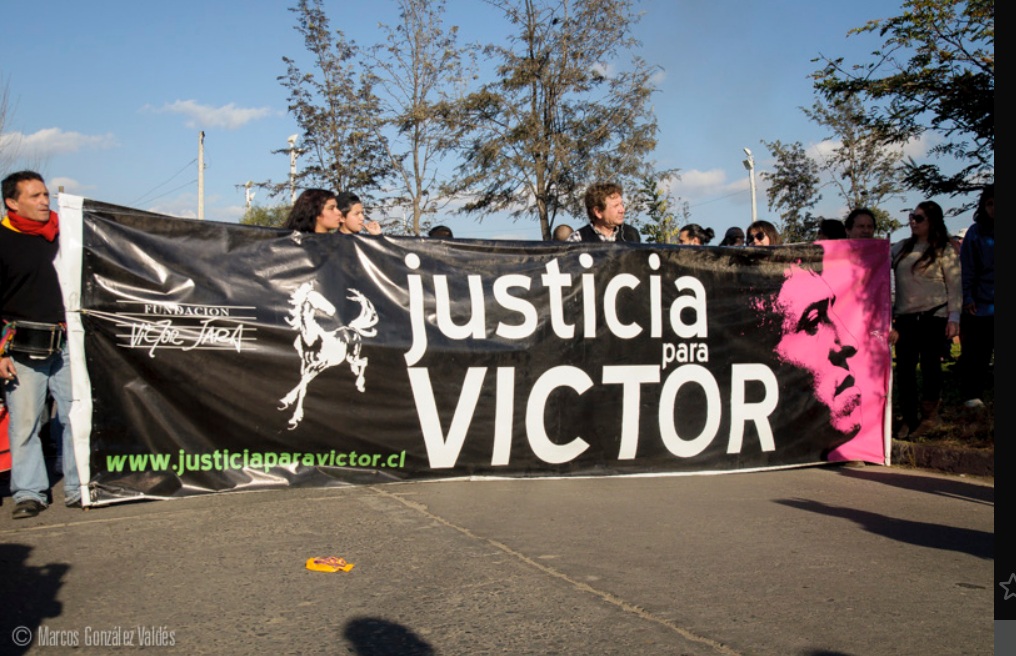 It's been 43 years since Víctor Jara‘s death, but the Chilean musician, songwriter, teacher, theater director, and political activist keeps making news headlines. On June 27, 2016, an US court in the state of Florida found retired Chilean military official Pedro Barrientos liable for killing Víctor Jara. This was the result of a civil suit filed in 2013 by Jara's wife, the British choreographer Joan Turner, and by his daughters, Manuela and Amanda.

The Florida jury also found that Barrientos owes the Jara family $28 million for damages, and he might even face extradition, if federal government decides to send him back to Chile. (Barrientos became US citizen through marriage.)

After Augusto Pinochet led a military coup against President Salvador Allende on September 11, 1973, the new government promptly arrested Jara, torturing him and later executing him at the old Chile Stadium—a venue that has since been renamed after Jara.

In 1990, when Pinochet's dictatorship ended, the National Commission for Truth and Reconciliation established that Víctor Jara died from 44 gunshot wounds on September 16, 1973. His body was discarded outside the stadium and then taken to a morgue without identification. The body was later identified and retrieved by his wife.

Years later, in 2012, Miguel Vázquez Plaza, a judge in the Santiago Appeals Court, started proceedings against the retired military officials Hugo Sánchez Marmonti and Pedro Barrientos Núñez for orchestrating Jara's murder. The judge ordered the international arrest of Barrientos Núñez, who was now living in the United States.

Joan, Jara's wife, and their daughters, Manuela Bunster and Amanda, wept with joy and hugged each other with their lawyers after hearing the verdict, while Barrientos received the news silently and looked fixedly at the ground. The defense attorneys for Jara's relatives believe this conviction can motivate the US government to speed up Barrientos’ extradition to Chile.

The trial lasted seven days and was conducted by a federal court in Orlando, in the state of Florida.

On July 17, 1973, during his visit to Peru, the television host and master of ceremonies Ernesto García Calderon (the father of this text's author) interviewed Victor Jara. Today, the conversation is available on YouTube. Here is an extract of the interview:

During the interview, Garcia Calderon described Jara's music as the songs of “the agricultural laborers, [and] the factory, mine, sea workers,” adding that his music was also about love and peace. Describing his early years, Jara shared that there was always a guitar lying around at his home, as his mother was a singer and used to perform countryside songs at baptisms, weddings, and funerals.

“We are better individuals because love exists; it's the foundation, it's vital, [and] the essence of the reason of being,” Jara told Garcia Calderon.

Jara said he felt fortunate for having met Violeta Parra, the Chilean songwriter considered to be one of the most important folklore specialists in the Americas, and he even noted that some people mistakenly thought he was her son.