A Muslim Chaplain Explains What It's Like to Be American Today 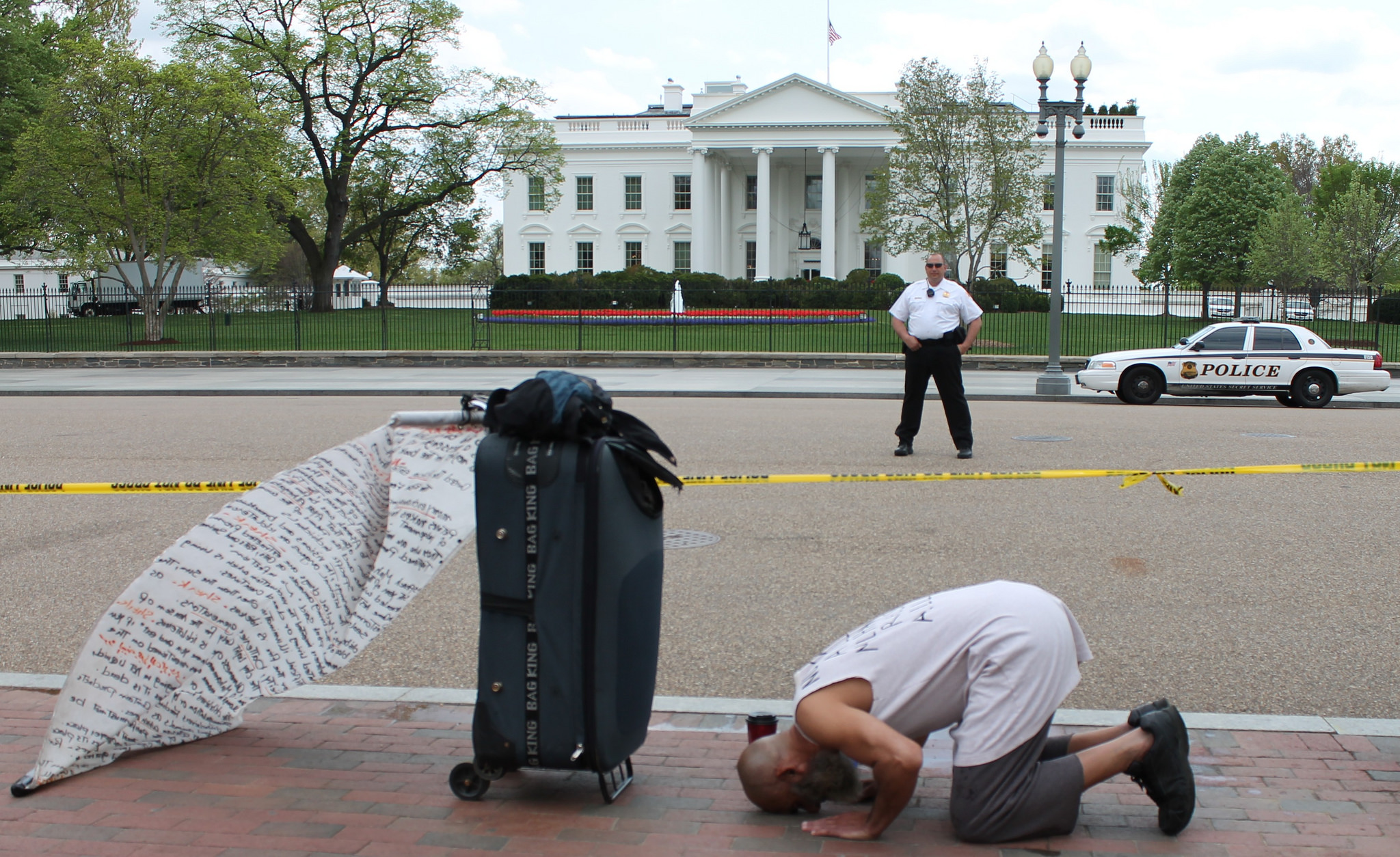 A Muslim man praying in front of the White House in Washington DC. Photo taken in April 2013 by Flickr user Elvert Barnes. CC 2.0.

On the eve of Independence Day in the United States, Khalid Latif, the executive director and chaplain for the Islamic Center at New York University (NYU), shared an emotional note and Facebook Live video explaining what it is like to be a Muslim in America.

His video, which has been viewed more than 161,000 times already, comes at a time when Islamophobic political rhetoric is at its peak, hate crimes against Muslim Americans are increasing, and surveillance of Muslim communities and places of worship is the norm.

This morning, I woke up to images and stories outlining numerous hate crimes taken place against Muslims in cities throughout the United States just in the last 10 hours. Two Muslim teenagers assaulted in Brooklyn New York outside of a mosque while the assailant called them “terrorist,” a Muslim doctor ambushed and shot in Houston Texas by three men as he went for morning prayers, and another Muslim beaten in Fort Pierce Florida right outside of an Islamic Center there. These are just the stories reported and that took place less than a day ago. That's in addition to so many more reported over the last weeks and months, and so many more that just aren't reported.

More likely than not we won't see an outcry against these actions by political leaders of any kind. There will be a continued utilization of Islam as a political football by those who have no real interest in anything other than their own self-interest. Letting hate prevail seemingly didn’t work as a solution to stopping hate, but seemingly that isn't an issue.

Khalid Latif's popularity goes well beyond the NYU community: his Facebook page has 122,042 likes and he has a significant following across the globe. He regularly speaks on race issues and shows solidarity with other marginalized communities in the US. 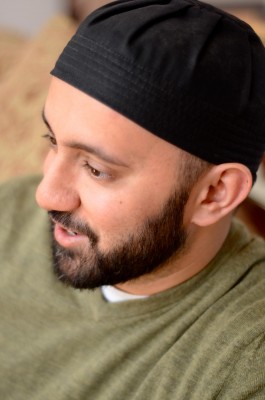 Latif was the first Muslim chaplain or imam to be appointed at NYU. Two years later, in 2007, New York Mayor Michael Bloomberg nominated him to become the youngest chaplain in history of the New York City Police Department. He was only 24 at the time.

I am a Muslim. I work as the University Chaplain for New York University. I serve as a Chaplain for the New York City Police Department and am given the rank of inspector. I have traveled on behalf of the State Department, met with the heads of homeland security, senior white house officials and even President Obama himself, shared stages with the likes of Pope Francis and the Dalai lama. I am still one of the many Muslims in this country who have been detained, profiled, and surveilled. My home has been visited by the FBI on numerous occasions where I have been told that I am being watched because I am too good to be true. As much as I am seen as antidote, I am first still seen as a poison for no other reason that I choose to practice the faith that I do. That is not ok. But I still believe that we can and will be better.

Healing requires admitting we are sick. You and I are a bigger part of the cure than we might realize. On the eve of our Independence Day, we as a nation have a choice to make. At a time when we are still debating whether Black Lives Matter or not, candidates for the highest offices of our land make statements that indicate they speak for and to only a select group of Americans. We can no longer let our perspectives of each other be fueled through a media machine that seeks to sensationalize and bombard readers and viewers with narrative that serves to only segment and antagonize even further. The amplification of extreme voices has to be drowned out by our coming together. The ignorance of ISIS or the Republican right can no longer be the basis of how we function in diverse societies. We must learn the reality of struggles faced by those around us by actually being with them, as opposed to simply through the biased images that are cast in front of us every day. We do not have to be women to stand up women's rights, black to stand up for black rights, or Muslim to stand up for Muslim rights. An attack on any of us is an attack on all of us. I said it before and I'll say it again, if you see something, say something has to mean something different to us today. If you see bigotry, say something. If you see hatred, say something. If you see racism, say something. You and I have to be the change that this world needs. We cannot adopt a bitterness or passivity that lets people who have no interest other than their own self-interest succeed. We cannot lose hope – tomorrow will be better than today so long as you do our part. Our coming together of today is only meaningful if we continue to come together tomorrow. Let us be the reason that people have continued hope in this world, and never the reason people dread it.