Will This ‘Toilet Cleaning’ Conflict Between Kyrgyzstan and Kazakhstan Ever Stop? 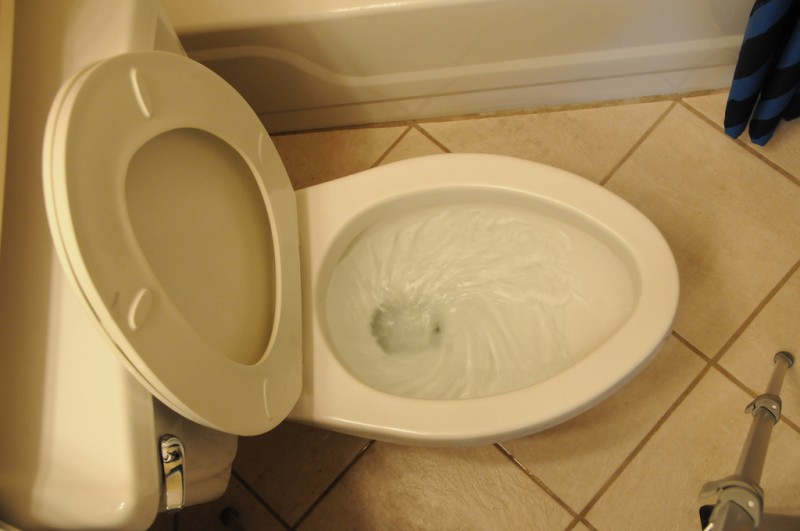 Most people can agree that there isn't anything wrong or shameful with being paid to cleaning one of these. Not Kazakh ministers, apparently. Creative commons.

It started with an off-colour remark from a minister and has continued through diplomatic channels, video addresses, and state awards. Put an end to it already.

Before Global Voices takes you through a bilateral scandal between two brotherly ex-Soviet Central Asian nations that began in May and has continued into July, it is important to understand one thing.

Despite broadly similar cultures, national histories and generally cooperative international relations, Kazakhstan is the big brother in this relationship and Kyrgyzstan is the small brother.

The two brothers are the same age — nearly 25 — but Kazakhstan is vast, three times as populous as Kyrgyzstan and rich with oil.

Like many big brothers it is also more authoritarian and displays a sense of superiority, while Kyrgyzstan, a country of two revolutions in the last 14 years, is more democratic and quarrelsome.

It doesn't know when to stop an argument. Ever.

This is how the last dispute between the two of them has played out.

1. Kazakhstan's culture minister said it is bad that Kyrgyz girls have to clean toilets in Moscow to earn money.

Speaking at a public event in Kazakhstan on May 24 and quoting Chingiz Aitmatov — a Kyrgyz writer — Kazakh sport and culture minister Arystanbek Mukhamediuly seized the opportunity to remind Kazakhs that all was not well in their poorer, more democratic neighbour.

These were his words, as reported by RFE/RL:

Aitmatov wanted to prevent his people from taking […] senseless steps. And really he forecast those negative events that we have witnessed in Kyrgyzstan. When I go to Moscow, it is painful for me to see how young Kyrgyz girls have to clean public toilets there. Since there are no jobs, no prospects in their country, Kyrgyz have to leave.

His words were strongly contested on Kyrgyz social media.

I suppose this Kazakh official was trying to hint to his people … ‘Look what happened to Kyrgyz people after their revolutions […] It was some kind of a maneuver to distract Kazakh citizens from their problems by offering them our problems to discuss.

And problems in Kazakhstan are plenty now.

After over a decade of continuous economic growth the crash in global oil has rocked the country of 18 million, fuelling a protest mood that peaked around government plans to extend land leases for foreigners.

In recent months as social discontent has blossomed, Kazakhstan's pro-government media has used Kyrgyzstan's bloody recent history — over 500 people died in political upheavals in the country in 2010 — to disincentivise political gatherings. 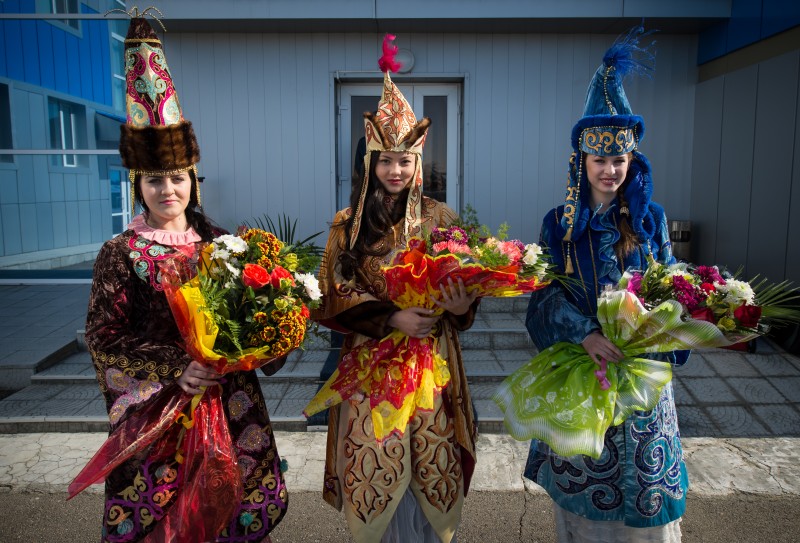 The following day Kyrgyzstan's foreign minister called in Kazakhstan's ambassador to the country over the comments, noting irritably, according to Reuters, that the remarks had been in tune with the negative press Kyrgyzstan had been receiving in the Kazakh media in recent times. Ouch.

3. Kyrgyz women who clean toilets in Moscow give the Kazakh minister a piece of their mind in a video clip.

The first speaker in the video says:

Yes, maybe we clean toilets, but it is honest work. We are not selling our bodies. We are just feeding our families and we make a big contribution [through migrant remittances] to Kyrgyzstan's economy. I want to tell the Kazakh minister I do not agree with his words. It is not correct. We are not here because life is good, but we have to feed ourselves somehow. Actually among us there are also Kazakh citizens and they also clean toilets. There is nothing to be ashamed of here. We clean toilets and offices. In the 10 years I have been [in Moscow] we have schooled two of our daughters and with God's help we will be able to re-do our home with modern fittings. We clean toilets here but when we go home we are well-respected.

4. Kazakhstan's sport and culture ministry apologises and says the minister's words were taken out of context.

Because it would, wouldn't it? 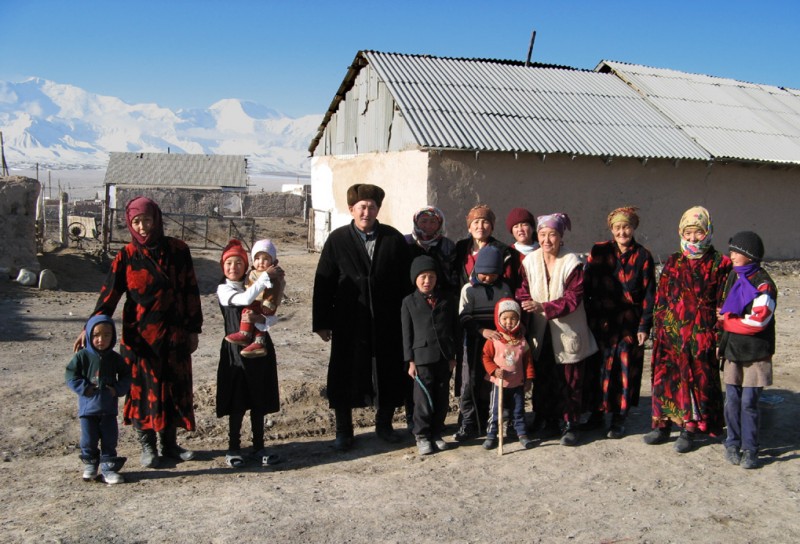 A family in Kyrgyzstan. Wikipedia image.

5. Kazakhstan's foreign minister wades in, because this is really getting out of hand.

What we are seeing in the blogosphere is mainly an emotional reaction on the part of individual Kyrgyz citizens. Our minister in no way intended, did not want and would not be able to offend our closest neighbouring people in Central Asia.

So that's where it ends, right? Wrong!

6. Kyrgyzstan's president gives state awards to the Kyrgyz cleaners that gave the Kazakh minister a piece of their mind!

President Almazbek Atambayev, who seems to enjoy the rough and tumble of diplomatic spats, thanked them for their “active civic position”. 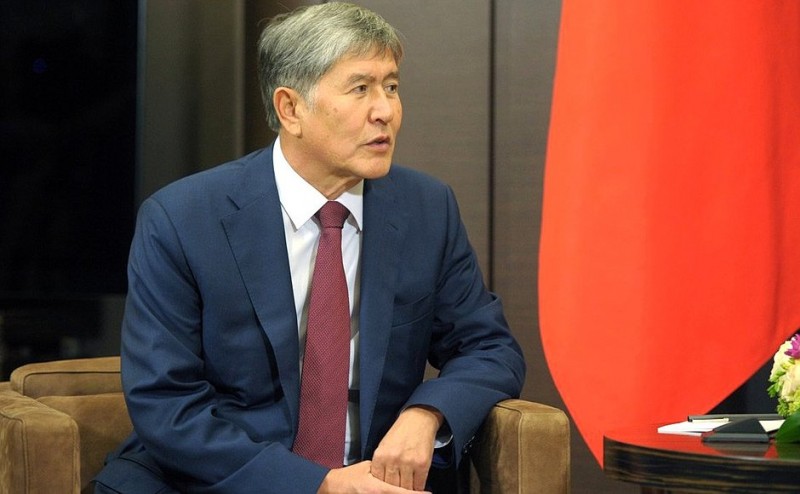 Speaking at a July 1 ceremony during which he was handing out “golden certificates” to high-achieving middle-schoolers, Kyrgyzstan's Atambayev appeared to have another veiled dig at the Kazakh culture minister:

There is no shame in any kind of work. It is better to be a cleaner or street-sweeper than some kind of thieving minister. Don't be shy of work. Any work is a great honour.

8. Over to you, Kazakhstan.

Is that the end of it? Finally?

Kazakhstani Facebooker Rinat Balgybayev thought there was life in the dispute yet: