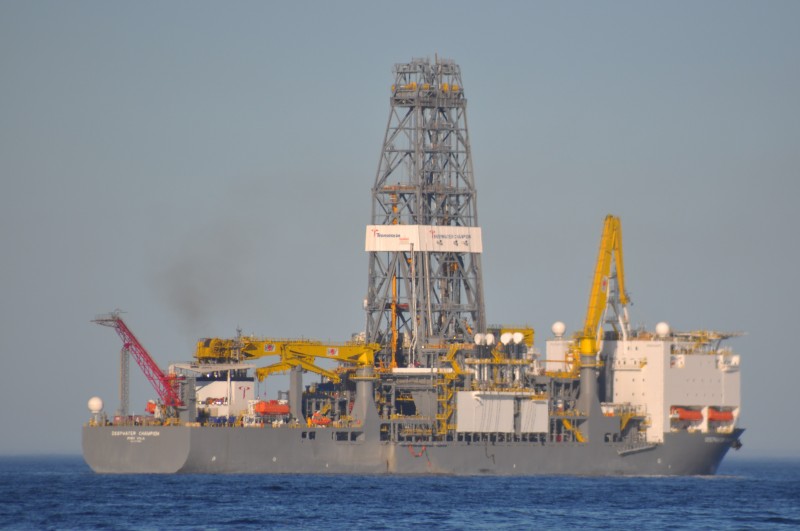 U.S. oil giant ExxonMobil made waves in Guyana on Thursday June 30, 2016 by announcing it had confirmed a “world-class discovery” of oil offshore. The company said results from its exploration well in the Stabroek block, about 120 miles (193 kilometres) offshore Guyana, found between 800 million and 1.4 billion oil-equivalent barrels.

Guyana's natural resources minister, Raphael Trotman, called the discovery fantastic news, telling News Source Guyana that “the future of Guyana has now been written and I think that this is going to send ripples throughout the world.” Minister Trotman added that the country was receiving support and guidance from the international community, including the Canadian, U.S. and Mexican governments, the European Union and the Commonwealth Secretariat.

The exploration well, known as Liza-2, is ExxonMobil's second in the area, which is filled with high-porosity sandstone. In 2015, its first well, Liza-1, located about two miles (3.3 kilometres) from Liza-2, also found significant reserves oil.

That first discovery led to a resurgence of a territorial dispute between Guyana and neighbouring Venezuela, with Venezuela's president, Nicolas Maduro, issuing a decree on May 27, 2015 that laid claim to a large part of Guyana and its territorial waters. This latest oil find is likely to further exacerbate that dispute.

According to Venezuela, the dispute, which dates back to a land survey done in 1841 by the then colonial British government, has never been formally resolved. It claimed the results of an arbitral tribunal in 1899 that found largely in favour of Great Britain were invalid, after the U.S. council representing Venezuela in the dispute alleged undue influence by the British in the decision. Subsequently, in 1966, the Treaty of Geneva was signed in an attempt to resolve the controversy; it is technically still in force, though no definite solution has been found.

The waters around Guyana are largely unexplored. According to a Forbes story quoting Exxon CEO Rex Tillerson, the 3-D seismic survey that Exxon conducted in the area was its largest in history — “the equivalent of 1,400 Gulf of Mexico blocks”.

A 3-D seismic survey is a geophysical exploration method used extensively in the oil and gas industry. It creates a shock wave or seismic wave to analyse the properties of the earth and there are concerns that the noise from this high-energy seismic source in marine surveys may disturb or injure animal life, particularly cetaceans like whales, dolphins and porpoises which use sound to communicate with one another.

The oil discovery announcement drew hundreds of comments on Facebook, with many Guyanese supportive of the discovery and its prospects for the development of Guyana's economy. As Facebook user Seemouan Phillips put it:

But others were sceptical that citizens will see its benefits.

Ummmm so where in this article did it say Guyana will profit from this find? Or will this new government do like every other ruler and allow these ppl to come and take without compensation?

I hope the Guyana Government knows that this can affect Guyana in a positive or negative way depending on how it is handled. Many more will be interested in investing in Guyana. I hope they also do very good legal consulting before signing any contracts.. The previous governme (sic) seemed to have signed away the country. No repeats.

This follows a warning by civil society group Policy Forum Guyana that the country requires sweeping changes to effectively monitor natural resources — and this requires infrastructural changes that the group says “governance arrangements” are not in a position to effect.

The group made the statement at the opening of a symposium for the establishment of a multi-stakeholder group (MSG) related to the Extractive Industries Transparency Initiative (EITI). Guyana is planning to apply to the EITI in November and the establishment of a multi-stakeholder group is a key requirement for it to become a member. The Norway-based initiative promotes public awareness of how countries manage their oil, gas and mineral resources.

This is not the first time that concerns have been raised about oil exploration in the country. In November 2015, Guyana's government faced accusations that the state didn't have the capacity to independently monitor ExxonMobil's compliance with environmental regulations. The worry arose after it was alleged that ExxonMobil was promoting and funding climate change denials.

At the time, Trotman, then the Minister of Governance, said the capacity of the Environmental Protection Agency (EPA) was being increased and they believed they would have the capacity in five to ten years.