Why Everyone in Madagascar Is Making Jokes About Pineapple 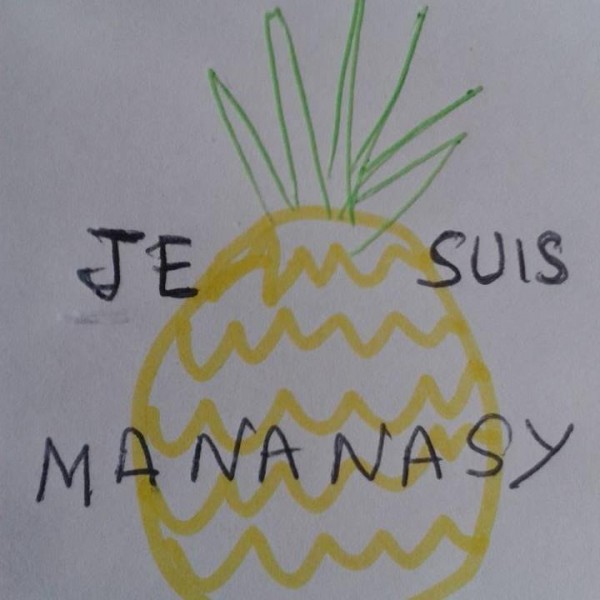 Je suis pineapple, or I am pineapple. Via Mirana (with permission)

When it comes to memes, pineapple is the new orange, at least in Madagascar.

Social media in Madagascar has become quite pineapple-flavored over the past few days. Why the sudden fervor for the spiky fruit? Here is a bit of context on the current social situation on the Red Island.

Madagascar came up as the world's poorest country in one of the poverty indices published by the World Bank (and reported by media outlets such as Radio France Internationale). The criticism of the economic status of the country did not sit well with the president of Madagascar. He challenged observers, local media and citizens to “provide evidence that the country was getting poorer.”

Koolsaina, a Malagasy community blog, posted the following photo on its website: 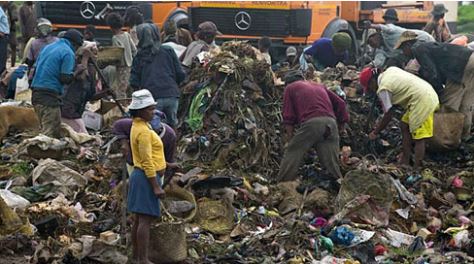 Following that first tense exchange between the president and Malagasy netizens, another Malagasy community website, Tananews, posted a photo of First Lady Voahangy Rajaonarimampianina wearing a a green dress with a pineapple motif on the front: 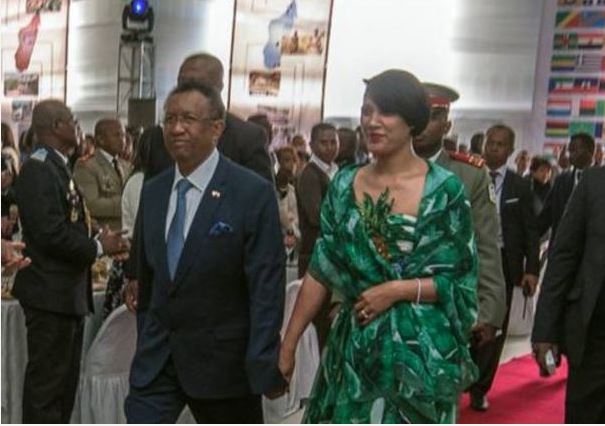 The Malagasy president and the first lady at an independence day ceremony. Via Tananews

Tananews added a link and a comment with a hint of sarcasm that said, “Indeed, not everyone is poor in Madagascar.” The link showed that the dress was probably designed by high-end clothing brand Dolce & Gabana that sold for US $7,745 on the website of department store Nieman Marcus (it is unclear whether that is the actually cost of the dress that the first lady was wearing).

The outrage was swift on the Malagasy web. A flurry of memes with the hashtag #mananasy (pineapple) appeared within days on various Malagasy websites and social media. Here are a few memes that were widely shared: 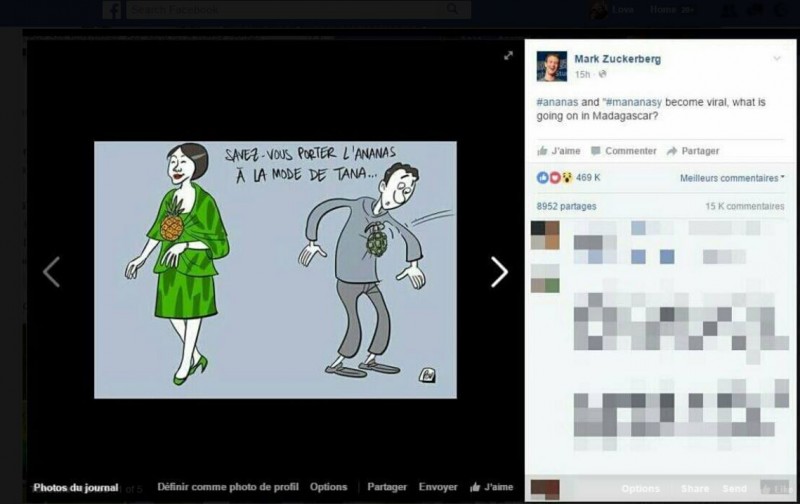 Spoof of Facebook founder Marc Zuckerberg's profile wondering about pineapples in Madagascar. The meme reads, ” Do you know how to wear Pineapple as they do in Antananarivo ? (play on word with a traditional folk song)” Created by vaovao farany. 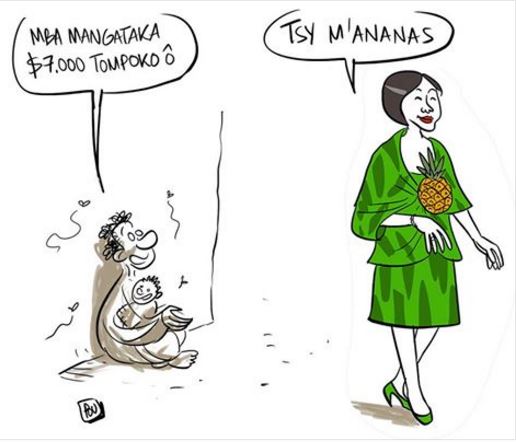 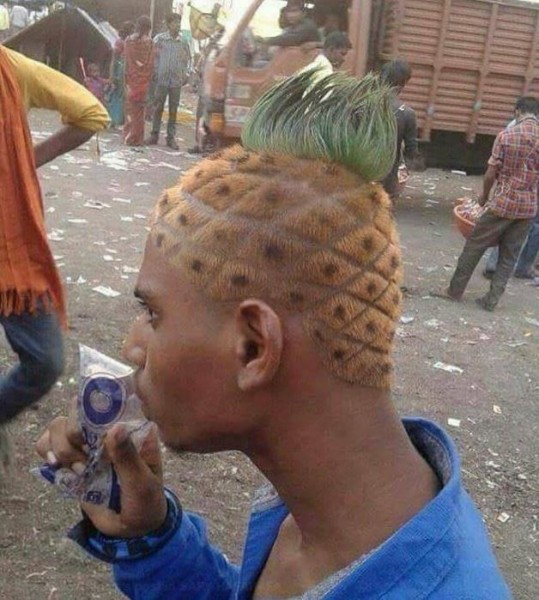 “New pineapple haircut because I want to be famous too.” Via Rivo Francis on Facebook 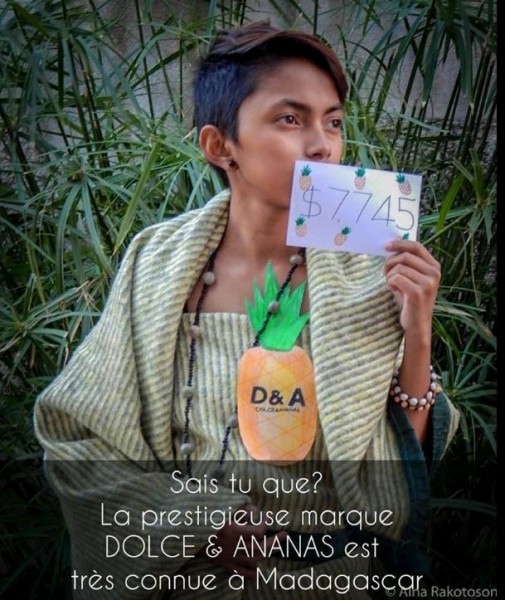 “Did you know that the brand Dolce & Ananas was all the rage in Madagascar?” “Anana” means pineapple in French. Via Aina Rakotoson on Facebook

Tragically, all the jokes about pineapple came a few days after tragedy struck the country's independence day ceremony. A grenade exploded into the crowd watching the military parade in the national stadium, killing three people and injuring 91. Here is a video of the aftermath:

The whole conversation on “Pineapple-Gate” comes at a time when a major bill on freedom of speech and ethics online is being prepared by Malagasy authorities. The early returns from insiders on how the bill will shape up hint that it will severely restrict free expression online and will include heavy fines for any materials deemed to be libel. The bill should be submitted to the parliament for approval in the coming weeks.

Global Voices in Malagasy editor Andriamifidisoa Zo aka Jentilisa has contributed to this story with links and emails to the bloggers mentioned in this article.