In China, Homophobia and Fear of ‘Foreign Forces’ Go Hand in Hand 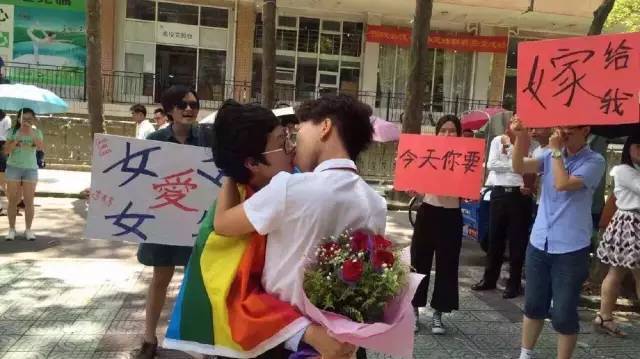 The lesbian couple's public proposal in the Guangdong Foreign Studies University on June 21. Photo from Gender in China's blog.

A recent incident shows how fear of homosexuality and fear of foreign forces is sometimes intertwined in China.

On June 21, a lesbian couple from Guangdong University of Foreign Studies had a romantic public proposal after their graduation ceremony. Very quickly, photos of their passionate kisses and news about the proposal went viral on Chinese social media platforms WeChat and Weibo. People praised the public display of love and gave them their blessings.

But later that same day, the Wechat public account of a Guangzhou-based group for lesbian, gay, bisexual and transgender (LGBT) people called Girlfriend was taken down permanently by censors because of their coverage of this public proposal. A post on Weibo relating the same news published by a Guangzhou-based feminist group called Women Awakening was also deleted.

Accused of being ‘under the control of an illegal organization’

One of the newly engaged women, Wang Xiaoyu, was threatened by the deputy secretary of the university's Chinese Communist Party committee that she would face disciplinary action for “misbehavior.” Wang wrote a post on feminist group Gender in China's blog on June 28 recounting what she went through after the public proposal:

My name is Wang Xiaoyu, I am a lesbian. Both my girlfriend and I are 2016 graduates of Guangdong University of Foreign Studies. We wanted to make use of the graduation ceremony to come out of the closet publicly with a romantic partnership proposal. We want to make visible the intimate relationships of sexual minorities, to stimulate discussion and reflection and to construct an open and diverse university environment. […]

Soon after [the public proposal], Secretary Du, the deputy secretary of our school, desperately wanted to talk to me. She wanted me to stop talking to the media and stop having a “negative impact” on the school. She urged me to “protect myself from the harm of the media” and she was worried that “foreign media” with “ill-intentions” and foreign forces will pay attention to me, use me.

Secretary Du said to me, “There are so many gays and lesbians around, no one discriminates against them because they know how to handle their relationships in a way that doesn't affect and bring harm to others.”

Last year, during our university's 50th anniversary, 50 pairs of heterosexual couples had their marriage ceremonies together. There was never any assumption that their actions would bring harm to others. […] How come expressions of love between LGBT people brings harm to others?

The deputy secretary confiscated Wang's graduation certificate on June 22 to make sure that she would not talk to the media. She also put pressure on Wang's parents, telling them that their daughter was under the control of an “illegal organization” and asked them to report “her daughter missing” to the police so that they could break into her apartment and search for evidence of her connection to an illegal organization.

Wang only managed to recover her graduation certificate on June 28 after she had been silent for a week and had cancelled a work-related trip. The school's deputy secretary was happy that the situation was under control:

Secretary Du told my family in a serious manner that I had participated in illegal and inappropriate activities, which will have a huge impact on my future. She said I was an excellent student but had changed. I gave up a work-related trip for my parents, and they saw this as “a turn for the better,” “nipping this in the bud.” Her imagining something that did not happen might help her claim victory. She didn't care how she has harmed me.

Since she told my family that “I was under the control of an illegal organization,” I could no longer communicate with my family and fell into a state of helplessness. Her imagination added fuel to my already tense relationship with my parents and now all the trust within the family has been broken […]

‘Be courageous to speak out about love’

Seeing the ill treatment the lesbian couple was receiving, LGBT groups posted selfies on social media to show their support. 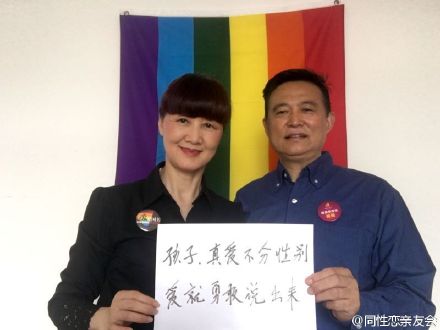 The placard says: “Child, true love has nothing to do with gender. Be courageous to speak out about love.” Photo from LGBT family support group's Weibo.

Feminist group Gender in China called on netizens to send in same-sex public proposal photos to combat homophobia. Below are some of the entries: 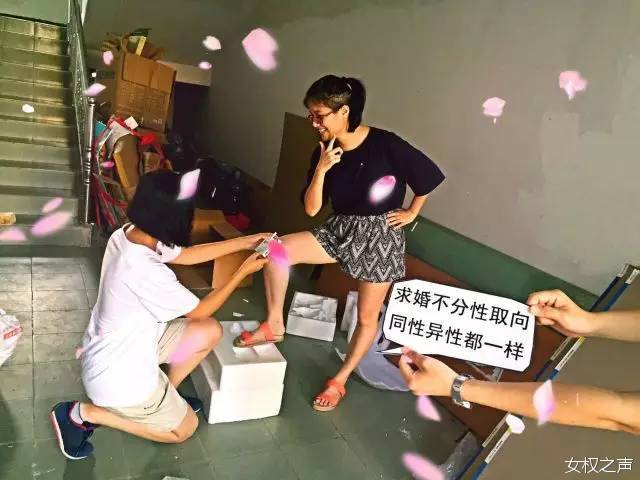 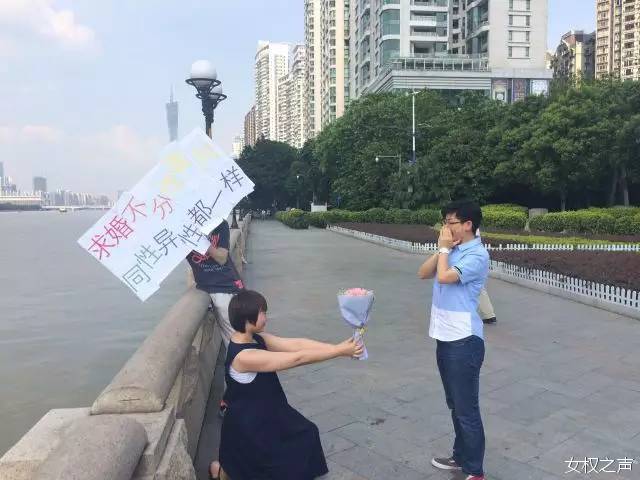 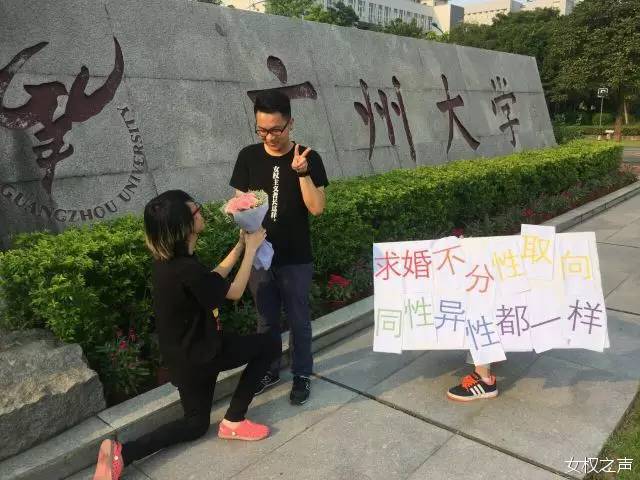