What Consequences Could the UK's Brexit Have for People in Africa? 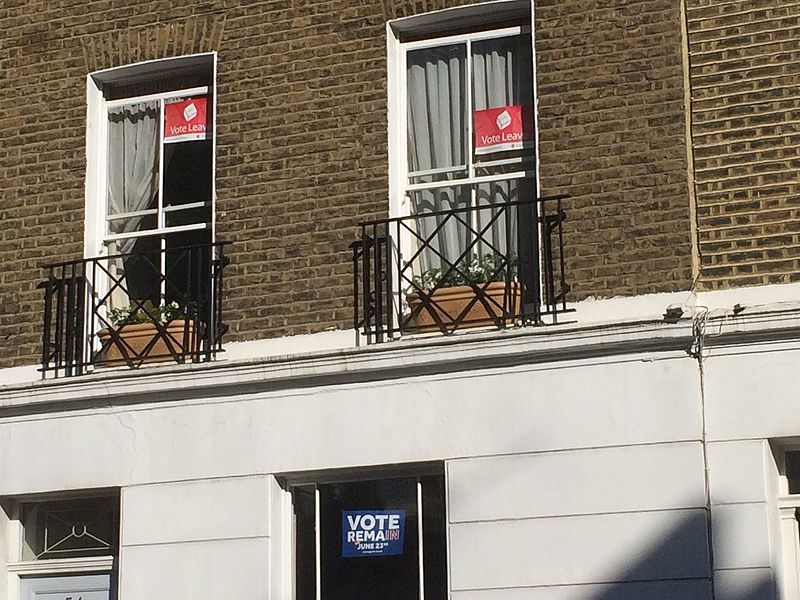 A total of 52% of voters in Britain chose in a dramatic referendum to leave the European Union (EU) on June 23, 2016.

After the results were finalized, people across Africa, where various countries were colonised by Britain and are current members of the Commonwealth, an intergovernmental organisation of member states that were mostly colonies of the former British Empire, wondered if the decision to quit the EU would have any effect on them.

Examining what Brexit, as its been dubbed, means for Africa, Grieve Chelwa noted on the Africa is a Country blog that economic recession in the UK as a result of the referendum is one of the ways in which African economies could be affected. However, he concluded that Africa is more worried about recession in China:

How much trade takes place between the UK and Africa? Not much, it turns out. Combining data from the UK’s Office for National Statistics (ONS) and the United Nations Conference on Trade and Development (UNCTAD) for 2014, the latest year for which we have comparable data, we calculated that exports from Africa to the UK represent about 5% of Africa’s total exports. Africa is more worried about a slowdown in China, it’s biggest trading partner by far.

He drew a similar conclusion about the importance of UK investments in Africa. Chelwa concluded his assessment by saying:

The UK doesn’t have the same influence on the continent that it did decades ago. And Brexit will be further proof of that. If the UK sneezes Africa will … well Africa will say “bless you” and move on.

Ida Horner disagreed with those who argue that that African farmers stand to gain from the exit as Britain would be a voice in Europe speaking for African farmers:

As regards to African farmers, a question has been asked as to whether Britain would be more effective at fighting for the rights of African farmers if it was no longer part of the European union (EU). I don’t believe that this would be the case. This is because British farmers would have lost their subsidies from the EU under the Common Agriculture Policy (CAP). The implication of this are not clear at this point in time but I would like to assume that Britain would prioritise British farmers over African farmers.

Richard Dowden, the director of the Britain-based Royal African Institute, thought that Britain's role as a voice for Africa in international organisations would diminish:

Many on the continent saw Britain as an important voice for Africa in Brussels and at the UN in New York. But now, England and Wales – outside the EU and led by little Englanders – will see British influence in the world diminish further. Could Britain even find itself squeezed off the UN Security Council?

The exit will also feed racism in Britain. There is little doubt that many of the Leave voters, frightened by immigration, want to stop foreigners coming to Britain. Africans – more visible than Europeans – will no doubt be targeted.

But Ida Horner said how immigration control would change for Africans isn't clear:

This is because, Britain cannot control migration from the EU and therefore in order to reduce overall immigration into Britain, Commonwealth citizens’ access to Britain is restricted. The perception of those calling for an exit, is that if Britain were to leave the EU, this situation would be reversed.

The extent to which this assertion is true with respect to African countries is open to debate and would require an examination of existing data relating to for instance, how many Africans have successfully obtained a two year Commonwealth Youth or Ancestry visa in the past and currently compared to say Canadians, Australians or even white South Africans

As a member of the British Commonwealth, Nigeria has strong ties with Britain. After South Africa, Nigeria is Britain's second largest trading partner in Africa, with £6 billion (about N2.4 trillion or $8.52 billion) in bilateral trade volume last year. As of December 2014, the UK Department for International Development had a portfolio of 40 projects in Nigeria with a planned budget of £232 million for 2014/2015, which include grants to non-profits, technical assistance and partnerships with other development agencies. A weaker and smaller UK economy would scale back its investment in development projects in Nigeria, even if temporarily

He warned that Brexit could have a strong influence on secessionist sentiments in Nigeria:

Should Britain, which cobbled Nigeria together begin to unravel in its own union, agitators for independence for some of Nigerian ethnic groups would find the bad example worthy of emulation. In the final analysis, like Britain, the toll of brexit on Nigeria would be less severe on the economic front; its deeper implications would be political.