Macedonian Youth Speak Out About Freedom of Expression Through Mini-Videos 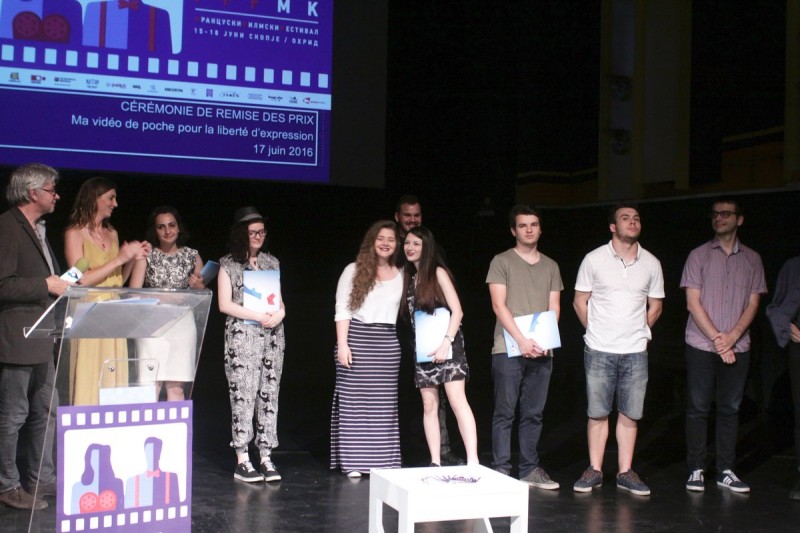 Young video artists from Macedonia tackled the issue of free speech through a series of short videos, which were produced as part of an open competition and screened during the French Film Festival in Skopje. The festival and the competition are part of the long-term cultural cooperation between France and Macedonia.

The two main entries were made in the silent movie tradition, which immediately expanded their reach and relevance with viewers, regardless of language. The video which was finally selected as the winner of the competition is “Shhh…” by Bruno Veljanovski:

The clever short “On and Off”, by Natalija Stanojevikj, copped second place:

Along with freedom of expression, Elion Jashari's English-language video, “Speak louder”, tackled the issue of pollution in Tetovo, a city in northwestern Macedonia:

All seven entries are publicly available via a YouTube playlist.

The competition was organized by the French Institute in Skopje and the Metamorphosis Foundation, which also provided training in video editing for some of the candidates. The winner will participate in the Off-Courts Festival in Trouville in Normandy come September. This annual event, started in 2000, provides a week-long exposition of short films, music, visual arts and new media produced in France and Quebec.