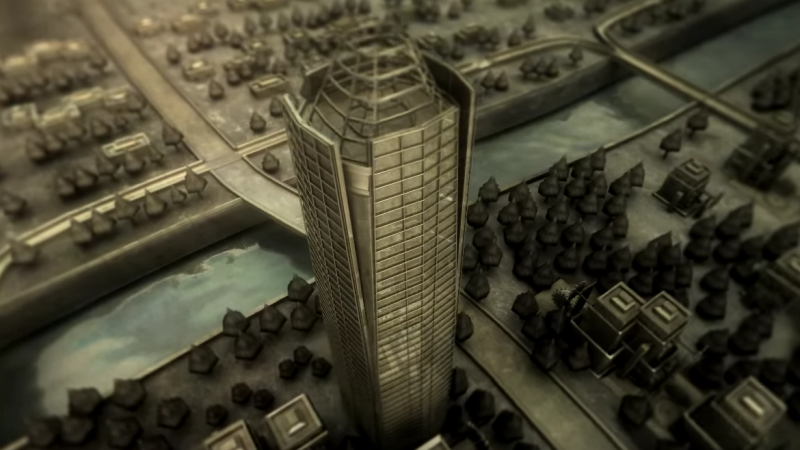 This is how the Argentinian Damián Boso imagined the continent from the aesthetic of the popular series. Screenshot of the video shared by the animator on YouTube.

Game of Thrones, the successful HBO TV series based on the written saga by George R.R. Martin, is at the end of its sixth season now, but hasn't ceased to inspire its fans. With loyal viewers throughout North America and Latin America, the show tells the story of noble families in a medieval fantasy world who do everything possible to be in power and eliminate their enemies. Despite the imaginary setting, it isn't difficult to see parallels between our world and the Game of Thrones world, with its political intrigue and characters both lovable and twisted.

Argentinian 3D animator Damian Bosio was one of those fans who found his imagination sparked by the series, specifically by its animated title sequence, in which the lands of the fictional Game of Thrones world rise up from the ground with clockwork-like machinery. Damian then recreated the sequence for Argentina, then Latin America, and now will be expanding to other areas of our contemporary world.

In a brief conversation, he told Global Voices:

I saw the intro and the first thing I thought of was making an adapted version for my country (Argentina). I started with the city of Buenos Aires (the city where I live) with the idea of expanding it.

The second was of Buenos Aires the capital and its metropolitan area.

…and then all of Argentina.

I was going finish my series, but I decided to expand it more. I made a fourth version with the whole of South America.

Then I made one of North America.

Seeing the title sequence reimagined for the 21st-century shows us that the more times change, the more they really stay the same. Perhaps the castles will disappear, but there will always be an ambitious Lannister Family and an old-school Stark Family ready to fight for honor. There will always be in some from queens fighting against usurpers, spies, traitors, loyal warriors, driven to do what they do by the intoxicating promise of power.

For now, Damian has only animated the Americas and Europe, but he recognizes that his work is just getting started:

There is quite a bit of world left for me to animate, but I estimate that I will finish in Dubai. (I love Dubai)

We'll have to wait to see if Damian makes his way to Asia, Africa, and Oceania. After all, some of these real-world locations and their histories loosely correspond to the fictional peoples and places in the series, like the Caucasus and the Dorthraki or the north of Iraq and the Second Sons.