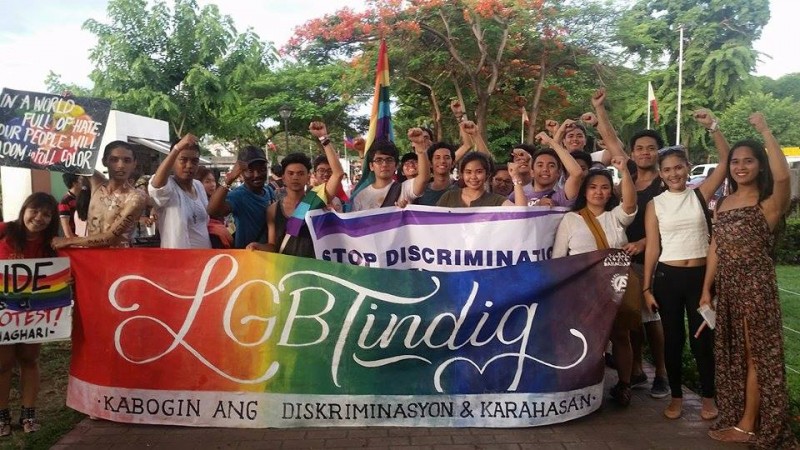 The term ‘LGBTindig’ refers to LGBT standing up for their rights. It also demands an end to discrimination. Photo from the Facebook page of University of the Philippine Manila Student Council; used with permission. 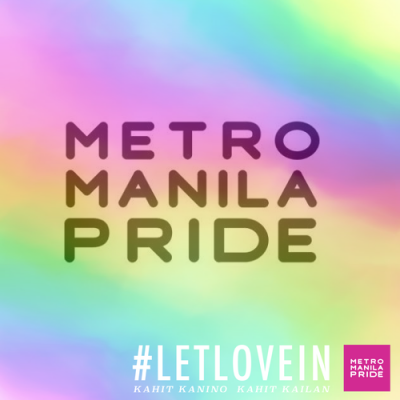 The theme of this year’s Pride March enjoined everyone to spread love in society:

This year, we need everyone to come together and advance the campaign for love. We call on all Filipinos to let love into their homes, their communities, and the whole country.

We want a future where all LGBTQIA+ people are able to freely live their authentic selves and love without fear of persecution. To achieve this, everyone inside and outside the LGBTQIA+ community needs to end the hate and let love in.

The event was held a few days before the inauguration of the country’s new president — a timely move, as some groups challenged the incoming government to support the passage of an anti-discrimination law. Despite the claim of the country’s leaders that the Catholic-dominated Philippines is an open and democratic society, there is continuing prejudice against the LGBT sector.

Hate crimes persist, although most incidents go unreported. One recent famous case involved a US marine who is accused of killing a transgender. Ivanka Custodio, who is the leader of an LGBT group, wrote about the crimes committed against the LGBT community, citing high-profile cases like Olongapo (where the transgender was killed) and Orlando (where a mass shooting killed 50 LGBT people):

We have barely recovered from the shock and grief caused by the Orlando shooting which cut short lives of LGBT people of color. 50 died that day. But they only foreshadow the millions of other LGBT lives that have been extinguished due to hate and violence. Lives lived in constant struggle for survival and finally punctuated by gunshots, or drowned in a toilet bowl, or slashed and stuffed in a luggage. In the process of building a community, we saw that there are people like us whose lives are deemed more dispensable than others and are treated as such.

Photos of the 2016 Manila Pride March showed the humanity of the LGBT community: 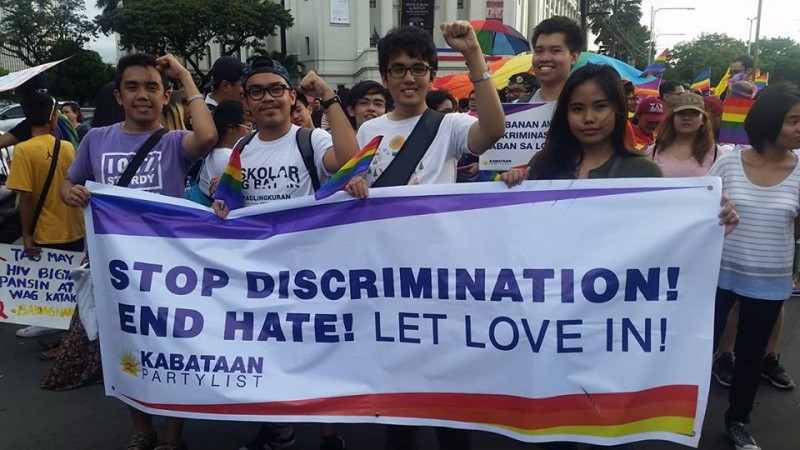 Students of the University of the Philippines join the Pride March. Source: Facebook

The main program was held in front of the statue of Lapu-Lapu, a folk hero who fought Spanish colonialists:

Curiously, a religious group joined the event and apologized for the bigotry of some religious institutions:

The staff of the Australian embassy also took part in the parade:

Finally, in a stirring act of inclusion, gay senior citizens — many of whom must have lived most of their lives hiding their sexual orientation — were honoured and recognized as part of the community: