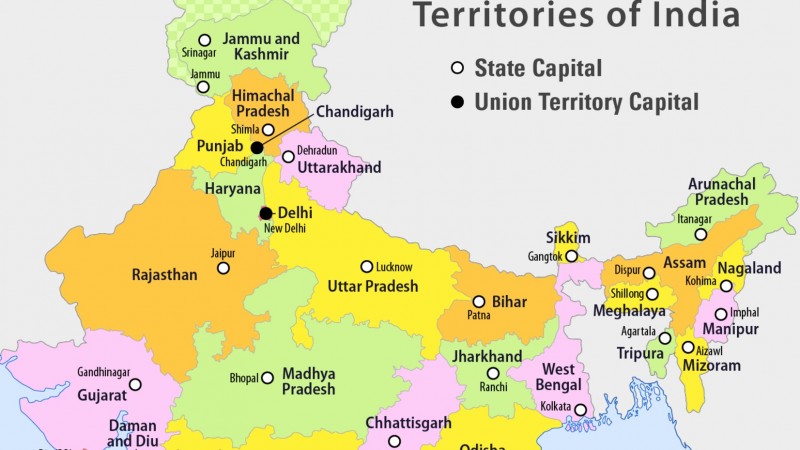 The United Kingdom's bowing out of the European Union has caused ripples around the world as other countries weigh in on the consequences of Britain’s EU exit and what the future holds for British politics and society.

Continual coverage and follow-ups of the event by the media have firmly established Brexit frenzy all around the globe. Now, Chief Minister of Delhi, Arvind Kejriwal, seems to be similarly ensnared by the political audacity shown by UK — so much so that he has re-asserted an old claim that a referendum for Delhi’s independence is impending. He made the statement on Twitter shortly after the final tally of the UK's referendum votes:

After UK referendum, delhi will soon have a referendum on full statehood

After the UK referendum on EU exit, it's time to have a referendum on full statehood of Delhi. In a democracy the will of the ppl is supreme

India currently has 29 states and seven union territories. Delhi, the national capital territory, is a union territory, in which New Delhi is a municipality and a district in Delhi and serves as both the capital and the seat of Government of India.

In May, a draft bill concerning Delhi’s statehood was brought out by Chief Minister Kejriwal, which was also posted on the Delhi government website. The bill seeks to bring under the ambit of Delhi government, the Delhi police, as well as its Development Authority and Municipal Corporation. Should Delhi attain statehood, the Parliament of India will also assume “exclusive legislative and executive powers on matters relating to public order, police, local Government and land”. The AAP has invited public comment on the bill until June 30, after which date it is supposed to be re-drafted, taking due consideration of the insights received from the public.

Kejirwal became the Chief Minister of New Delhi in 2015 after the AAP defeated the Bharatiya Janata Party (BJP) — the current ruling party in India — in the Delhi Legislative Assembly Elections. AAP's manifesto included the promise of statehood for Delhi if the party managed to win the legislative assembly elections that year. However, Kejriwal has since been cautious in raising the demand for Delhi's statehood, repeatedly reminding the public that his party has not been first — or indeed, the only one — to raise the issue. The Delhi government's website introducing the bill reads, “All the political parties i.e. Bharatiya Janata Party, Indian National Congress, Aam Aadmi Party and others, who have contested assembly elections in Delhi during the last 22 years, have aspired and promised through their successive election manifestos that they are fully committed towards full statehood for Delhi.”

Kejriwal has stressed the need for political parties to come together for the cause of Delhi's separate statehood, but not everyone is happy with the suggestion. One of India's most revered journalists, Rajdeep Sardesai, dismissed a possible referendum for Delhi's statehood as a “bad idea”:

I support Delhi getting greater statehood powers, but referendum is a bad idea. Today, statehood for Delhi, tomorrow Kashmir/TN sovereignty?

Like Sardesai, many have expressed their displeasure with the AAP's insistence on Delhi assuming separate statehood:

Can we have #Dexit ? Delhi can exit from India along with AAP. https://t.co/gDil6uKJ9w

.@ArvindKejriwal Why not a different country? That's the only way you are ever going to be a Prime Minister.

Dear @ArvindKejriwal ji
If your statehood Referendum fails will you also resign as David Cameroon did ?https://t.co/dIvucrN4IO

BJP leader Satish Upadhyay had reportedly called the bill unconstitutional when it was introduced, flagging it as another political gimmick by the AAP government and emphasising that his own party had promised Delhi statehood under different circumstances and through different methods.

On Twitter, netizens have also labelled the bill as unconstitutional:

No referendum in our constitution @ArvindKejriwal , but still you will get 5-finger referendum stamp on your cheek pic.twitter.com/UO8V2V7ny6

Since 2015, the AAP has consistently claimed that a referendum to decide on Delhi's separate statehood would not be unconstitutional — but experts have suggested that Indian constitutional provisions do not allow for a referendum to decide the issue. It remains to be seen how the AAP will move forward with its agenda, amidst and despite palpable public discomfort and legal constraints.