Nature, Gender Identity, and Other Things You Learn Filming a Documentary in Mexico on the Banks of the Usumacinta River

A scene from the documentary film “El Remolino” . Image: Facebook. (Used with permission.)

The Spanish documentary filmmaker Laura Herrero came to El Remolino, Mexico, to film a documentary about how a group of girls from the south of the country who were fighting discrimination, but her contact with the town didn't end with that project. Once in El Remolino, Herrero stayed to follow the lives of the people in the town, specially that of Esther and Pedro, two members of a local community, whose stories involved personal journeys, struggles with nature, and grappling with their own sexual identities.

The first set of stories appears in the documentary “Son Duros Los Días Sin Nada” (The Days Without Anything Are Hard), and another film, “El Remolino” (named after the community), presents a second collection.

Portraying discrimination and social studies, “Son Duros Los Días Sin Nada” was released in 2012. After two and a half years of work and 11 visits to the community, the second film, “El Remolino,” appeared in Mexico's documentary film festival Ambulante 2016. The community is situated by the banks of the Usumacinta River in the Mexican state of Chiapas. According to Herrero, its inhabitants live “surrounded by an abundant but fragile nature, [in which] they fight with the river that brings them as much sustenance as it does flooding.”

For Herrero, the experience of the documentary went beyond mere filming, saying she learned a great deal in El Remolino, both from the community and alongside it. In an interview with the website Crash, Herrero recounted the context of these experiences, saying that sometimes she would see just one thing differently and it changed her broader perceptions. For example, foreigners in some circumstances would see only a natural disaster, where members of the community might embrace the flooding season as a time for reflection and introspection.

Images of Everyday Life: From the Personal to the Universal

The film follows the stories of Esther and Pedro, two members of the community and central characters in the documentary, with whom Herrero formed the strongest bond. Talking to Crash, Herrero said these people were pillars in her learning:

Esther [is] a woman who is full of strength, who provides for her family and shares her world with us through a small camera […]. Her brother Pedro [is] a transvestite farmer who defends his identity and his dreams.

In an interview with Ambulante, Herrero also described the learning exchange that she saw in Esther, who discovered by meeting the documentary team the fascination of creating images relating to her daily life:

She would watch us arriving and recording with the camera. She reflected greatly on the immortalizing—on the filming. She got her video camera and began to record. During the filming, she set up shop, began to research, bought herself the camera… there was a very great strengthening in her. She began to film the flooding and Dana [her daughter]. She filmed her dad, family gatherings, and little by little she began to record more subjective footage.

Pedro, Esther's biological brother, is a 47-year-old farmer who is going through the process of gender identification to be recognized as a woman. From a young age, Pedro viewed her gender identity as that of a woman, despite the lack of understanding, discrimination, and exclusion that she endured. She now counts on the support of her family. Herrero focused on Pedro's efforts to share information and exchange information about her transition.

Asked about poverty and how the authorities have abandoned towns like El Remolino, Herrero came back to sexual identity:

It's amazing how in these towns that are so tied down and poor […], there are people like Esther and Pedro, who have a political struggle and a struggle for sexual identity. Esther is a woman who works in the field and earns more money than her husband. Pedro, on the other hand, wants a sex change and keeps trying to make it happen. She doesn't mind [to struggle for this] because she knows [that regarding her sexual identity] she can't bury her head in the sand.

Herrero also spoke about the importance of telling stories and preserving them with sounds and images:

I believe that the first thing cinema does is to embalm a moment in history, and then it keeps it forever, in a way. It is important to consider documentary cinema as a way of keeping this story alive, so it can be remembered. 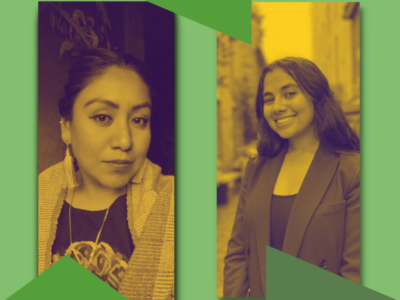