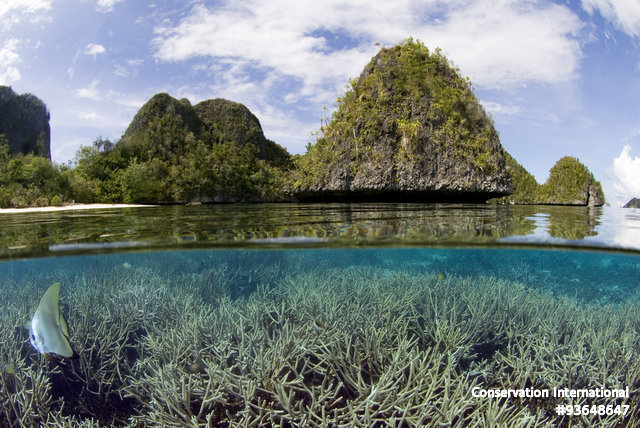 The Bird’s Head peninsula in West Papua is one of the richest marine biodiversity centers in the world. Through a virtual reality film launched by American nonprofit Conservation International, we can now see the underwater treasures of Birds’ Head and feel like we are “scuba diving in a healthy reef.”

“Valen's Reef” is one of the films being screened at the Cannes Lions International Festival of Creativity. It is released in partnership with YouTube.

The Bird’s Head region has more than 2,500 islands and reefs. It is home to 600 types of corals and 1,765 kinds of fish (including more than 40 species of sharks and rays). About 3 percent of the world's mangroves are located in this area. Scientists estimate that Bird’s Head holds more species of fish than Australia’s Great Barrier Reef and more species of coral than the entire Caribbean Ocean.

Bird’s Head provides food, shelter, and livelihood to 760,000 West Papuans. West Papua is located in the eastern region of Indonesia.

“Valen's Reef” is more than just a film showcasing the marine treasures of Bird’s Head. It also tells the story of how a marine habitat threatened by destructive fishing was revived by a joint effort of community groups and conservationists. The film is narrated by a local fisher who dedicates his advocacy to protect the seas to his son, Valen.

The “Valen's Reef” film was created in partnership with virtual reality production company Vrse.works and Finch Company, with support from The Tiffany & Co. Foundation.

Watch the full video below and dive into the clear waters of Bird’s Head: