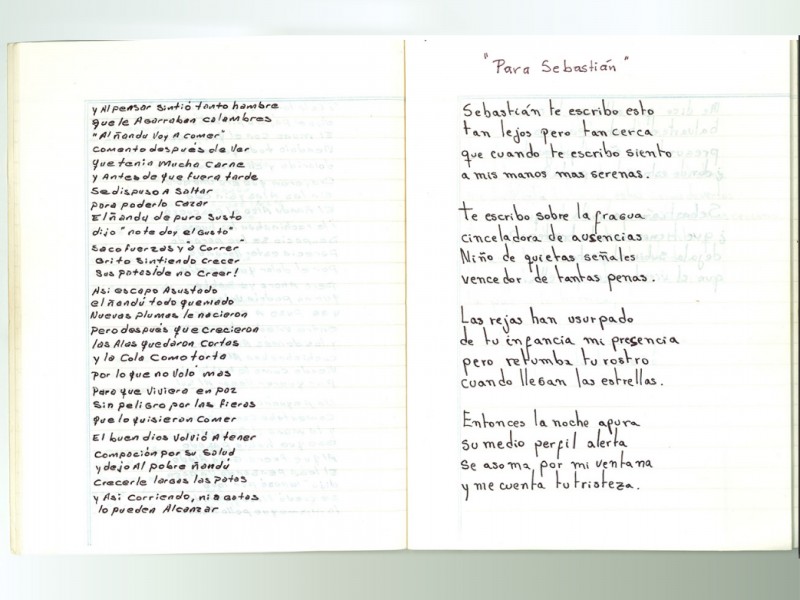 The Dirty War of Argentina from 1974 to 1983 marked a dark period of Argentine history during which an estimated 30,000 people were killed. Tens of thousands of civilians were kidnapped, imprisoned, tortured and murdered. Workers, students, teachers, journalists, activists, anyone who expressed the slightest dissent to the right-wing dictatorship — all were subject to its brutal death squads.

Clandestine detention centers throughout the country housed many Argentine citizens. Rawson Penitentiary, an isolated maximum security prison in Chubut Province, was one of the most extreme facilities. An estimated 10,000 to 12,000 political prisoners passed through Rawson from 1975 to 1984. Former prisoners who lived through their imprisonment called it a legal concentration camp. 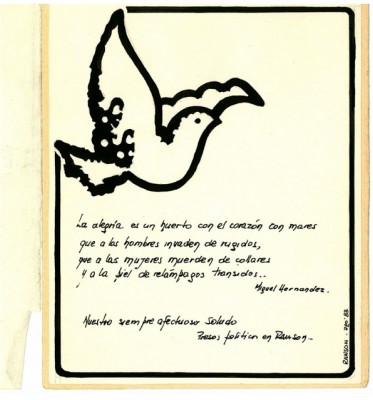 In 1983, Hebe Mabel Garro, a literature teacher who gave classes in the prison, left Rawson with a notebook of poems written by detainees between April 1982 and August 1983. None of the texts were signed by their authors.

Now 40 years after the coup, those poems have been published. The authors finally have an audience for their voices, but they still have no names. Cosecha Roja (Red Crop), a network of legal journalism and human rights organizations, has launched the #CuadernodeRawson (Rawson notebook) campaign to find the original authors.

Writing in the prison was forbidden. Prisoners broke the tip off of a pencil and used cigarette paper to write. The poetry created in Rawson transcended the physical boundaries of the prison; it was raw testimony that expressed what could not be conveyed in mere speeches.

The poems all contain darkness, hunger, loneliness, and anger. There is also nostalgic loss and hope. For example, below is a poem called “Vamos Andando” (We Carry On):

The notebook that was secreted out of Rawson U6 has 84 fine, yellowed pages and some writing that bled through the pages. The cover shows a sailboat on the water.

Eighteen anonymous poems are in need of the names of their original authors. Cosecha Roja hopes that identifying the Rawson poets will bring some measure of closure to a painful period of Argentina's history. If you are the author of one of the texts or know any of them, please contact info.cosecharoja@gmail.com and centrocultural.dhchubut@gmail.com.