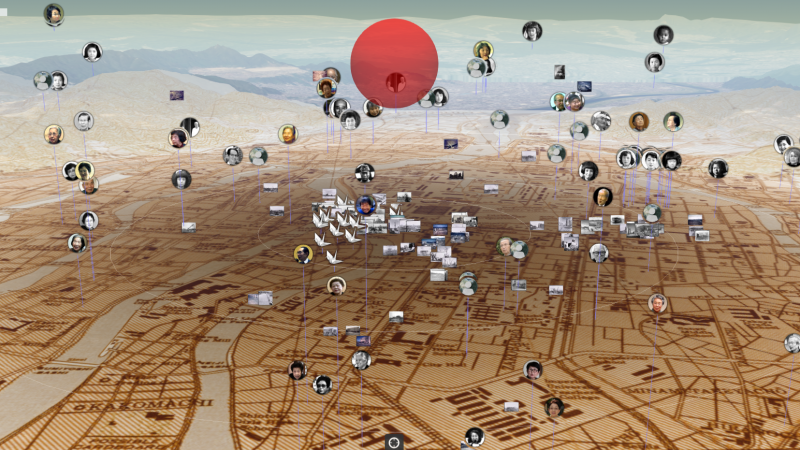 A newly translated interactive mapping project combines first-hand testimony from many witnesses to comprehensively document the bombing of Hiroshima and its aftermath.

The goal of the Hiroshima Archive and an earlier mapping project documenting the bombing of Nagasaki is to preserve the memory of what happened now that more than 70 years have passed since the end of the war, and fewer witnesses and survivors remain alive to pass on their stories.

On August 6, 1945, in the final days of World War II, an American aircraft dropped an atomic bomb on the city of Hiroshima in western Japan. Up to 80,000 people—30% of the population of Hiroshima— were killed instantly, and much of the city was destroyed. Three days later, on August 9, 1945, the city of Nagasaki experienced a similar attack.

The Hiroshima Archive provides a personalized experience of what happened during the bombing. For example, using the online tool, archive users can view a 1945 map of Hiroshima while browsing survivors’ accounts and photos, and where they were located in Hiroshima at the time of the attack. It's possible to then switch to a contemporary aerial photograph of Hiroshima to see how the location has changed in the years since 1945. 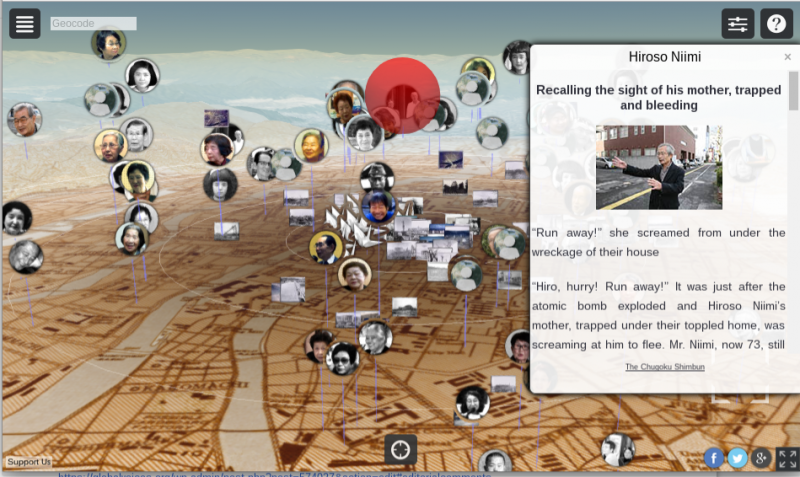 “More than 70 years since the atomic bombs fell upon Hiroshima and Nagasaki,” said project lead Hidenori Watanave in an interview with Global Voices about the Hiroshima Archive. “Few survivors remain today and soon there will be none. Who then can speak from personal experiences of the effects of nuclear war upon humanity?”

A video walk-through of the original Japan-language version of the archive, which has been been online since 2011, provides an introduction to the scope and depth of the online archive:

Besides being recently translated into English, the online mapping tool has been migrated from Google Earth to a new format that can be accessed by any browser in any operating system.

Watanave's technology makes use of Cesium, a JavaScript library for creating 3D globes and 2D maps in a web browser without a plugin. Watanave is also the creator of a similar innovative mapping project that tracks the last moments of the victims of the March 2011 earthquake and tsunami in Japan: 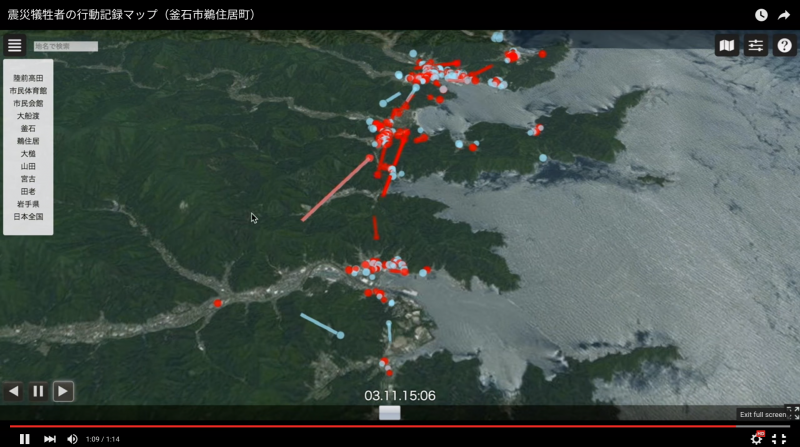 There are plans to use The Hiroshima Archive and The Nagasaki Archive at two youth peace conferences in Boston and New York. The project will include talks by atomic bomb survivors living in the United States, an exhibition of archive materials, as well as opportunities for discussion among Japanese and American youth, and other participants and members of the public.

The high school students in Hiroshima and Nagasaki who are organizing the conference are seeking help through crowdfunding:

Those of us involved in the Nagasaki/Hiroshima Archives would like to […] send high school students from Hiroshima and Nagasaki to the United States to hold the Japan-U.S. High School Student Peace Conference. Participants in the conference will include Japanese and American high school students, as well as the public and atomic bomb victims living in the U.S.

More details about the crowdfunding campaign can be found here.