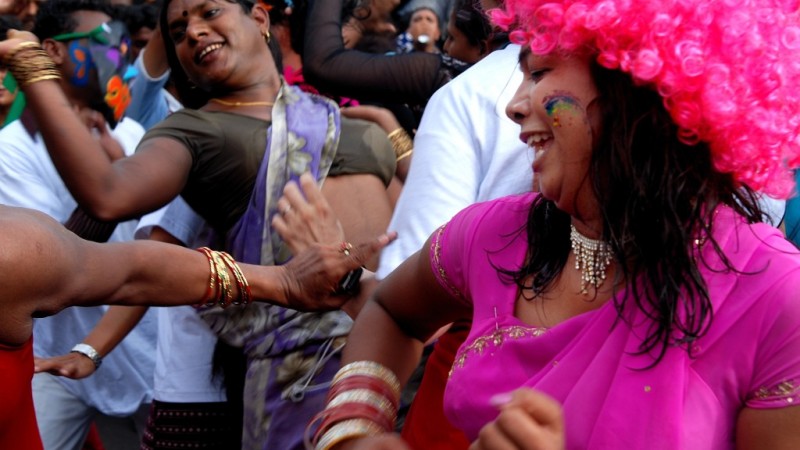 The massacre in a gay club in the American city of Orlando on June 12, 2016, left 49 people dead and 53 injured. In India, numerous rights groups staged peaceful marches to stand in solidarity with the victims of the deadliest incident of violence against lesbian, gay, bisexual, transgender and queer (LGBTQ) people in the US.

India's Prime Minister Narendra Modi also offered his condolences and condemned the shooting in a tweet, surprising the LGBTQ community, who don't view him as much of an ally.

Many activists rightly pointed out, however, that Modi refrained from mentioning the term LGBTQ in the tweet:

Shocked at the shootout in Orlando, USA. My thoughts & prayers are with the bereaved families and the injured.

In India, violence against sexual and gender minorities, who face death threats, attacks and social marginalisation, is a grave problem. In 2009, a landmark judgement by the Delhi High Court decriminalized consensual homosexual relationships between adults, annulling Section 377 of the Indian Penal Code, which was adopted into the Indian Constitution by the Imperial British empire in 1861. It considered gay sex “unnatural” or “against the order of nature.”

Consequently, several appeals were filed with the Supreme Court of India, challenging the Delhi High Court judgement. The Supreme Court overturned the Delhi High Court's judgment on December 11, 2013, ruling that the judgment was incorrect. The issue remains suspended, caught between court and parliament. The ruling right-wing government Bharatiya Janata Party (BJP) refuses to amend the law.

‘You think LGBT people are safe in India?’

Social media users went after Modi for refusing to acknowledge that the Orlando attack targeted the LGBTQ community.

Sir, it was a gay nightclub.

@narendramodi you do that, you don't have a right to show solidarity with the community in Orlando. #scrap377

Some condemned Modi's lack of empathy towards the LGBTQ community:

@narendramodi no prayers wud work unless u scrap 377 or pray some 2002 times. Good day😃

But not shocked that gay people are still branded criminals in his country. https://t.co/hdmEV8KJ3R

Dear PM @narendramodi ji, you think LGBT people are safe in India? That too, in YOUR government?

While others called him a hypocrite.

The gay community members who died in #Orlando would be considered criminals as per existing Indian Laws. Catch 22 for Modi.

‘I have never felt more betrayed’

Narendra Modi, you murder the victims of the Orlando shooting a second time by refusing to acknowledge that they were killed because they were LGBT. Would it have reduced your shock or sorrow to speak of the root cause of shooting, the homophobia we in india still call our culture?

Filmmaker and screenplay writer Apurva Asrani, whose previous film Aligarh dealt with the subject of homosexuality, wrote an open letter to Modi. He questioned:

While your words seemed kind and compassionate, I would like you to know, sir, that they shook me up. I have never felt more betrayed. Your 110 character tweet was missing five important characters. Five characters that would reveal a truth that your government is refusing to acknowledge-LGBTQ’!

The Orlando shooting took place in a gay club. Those that perished were all members of the LGBTQ community. You surely know sir, that LGBTQ stands for Lesbian, Gay, Bisexual, Transgender and Queer people. It is an umbrella term for a people with an alternative sexual orientation. We exist not just in the United States and the rest of the world, but in India too.

And speaking with news site First Post, transgender rights activist Laxmi Narayan Tripathi called out Indian government and said, “I, again, tell Narendra Modi to act upon the entire basis of democracy that India is built upon and to own our own people in our own country and make them safe.”