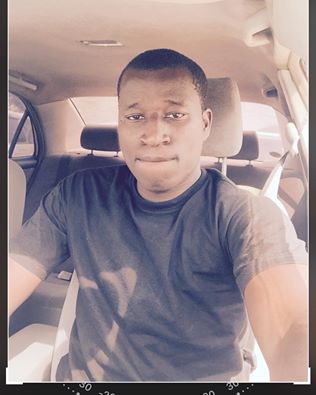 A Kenyan blogger Cyprian Nyakundi is being sued by Kenya's National Bank for writing a series of posts about alleged corruption at the bank, which the country's main financial institution deemed defamatory. His court case began this month.

In March this year, the National Bank of Kenya (NBK) asked the Governor of the Central Bank of Kenya and the Cabinet Secretary for ICT to intervene in cases of online defamation of banks.

The bank expressed concern over social media users spreading malicious and false information about banks and other commercial organisations in Kenya as the economy faces challenging times.

The bank also wrote to the Media Council to find out if the council has jurisdiction over blogging and called on the industry lobby and affected companies to seek a lasting legislative solution to issues arising from “unregulated blogging” and social media use.

The bank took controversial blogger Cyprian Nyakundi to court this month following a series of posts about the bank. Nyakundi describes himself as a “Kenyan-based blogger who has an interest in politics, governance, corporate-fraud and human-interest stories.”

Initially the bank filled an ex parte motion asking the court to bar him from writing about the bank on his blog, Twitter account or any other social media platforms.

On June 6, the court granted an interim injunction and allowed NBK to furnish the blogger with a court summons through newspaper advertisements, email and the blogger’s WhatsApp account.

In Kenya, an interim injunction is granted by a court for a certain period of time to restrain a party from performing a certain act. It is a common practice in defamation cases.

Pending the hearing and determination of the application inter partes, an interim injunction is hereby granted restraining the defendant (Cyprian Nyakundi) whether by himself, his agents or his employees from publishing or causing to be published any statements defamatory of the National Bank of Kenya, its shareholders, directors and or employees in any manner whatsoever on his blog page, Twitter handle or any other of his social media platform accounts whatsoever.

The first hearing was on June 16.

One of the articles in question alleges looting at the bank by senior executives. NBK suspended six top executives including its CEO earlier this year to allow for an audit following an increase in bad debt.

Nyakundi is facing two other separate cases of defamation.

In June 2015, Safaricom, the largest mobile phone company in Kenya, sued him for defamation. The company also managed to get a restraining order on him from further publishing other defamatory articles about it and a mandatory injunction to pull down from his blog all the articles defaming Safaricom.

In September 2015, Nyakundi was sued for defamation by Kenyan businessman Vimal Shah.

Observers of Nyakundi's case are unsure whether he is a blogger-for-hire being deployed in inter-corporate wars in Kenya or an innocent economic analyst being targeted by big companies to serve as an example to other bloggers and social media users writing stories on economic topics.

Whatever the truth, the bank's suggestion to shore up corporate reputations through new legislation bodes ominously for freedom of speech in the east African country of over 45 million people.