Erdogan's New Turkey Finds Forgiveness for Some, Tear Gas for Others 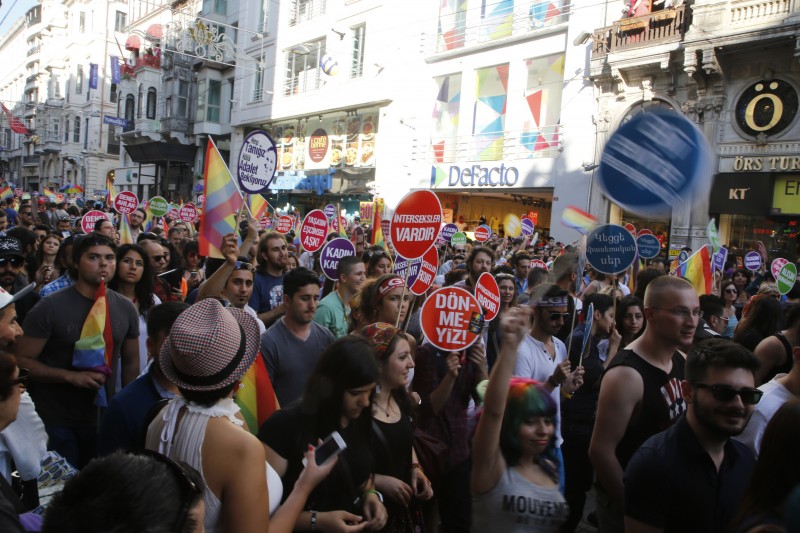 Two recent incidents of police violence in Istanbul highlight the worrying turn being taken by the New Turkey that religious conservative and authoritarian President Recep Tayyiip Erdogan declared in 2014 .

In one, police launched an assault on an unsanctioned PRIDE rally in central Istanbul with tear gas and water cannons.

In another, police used the same tactics to break up a gathering of people protesting against a thuggish attack on fans of the group Radiohead by assailants who were quickly released after being detained.

The incidents were separated by just a day.

During the same year Erdogan promised his New Turkey — apparently more democratic and reflective of the general will than the old one — the author of this post stepped out of the metro station in Taksim, armed with a camera to join hundreds of peaceful LGBT activists in central Istanbul.

Rainbow flags, PRIDE posters and drag queens washed over the city's iconic Istiklal avenue, as Turkey's busiest pedestrian street filled with chanted demands for equality and even a song or two.

Istanbullus of all ages and backgrounds joined the PRIDE march that day. 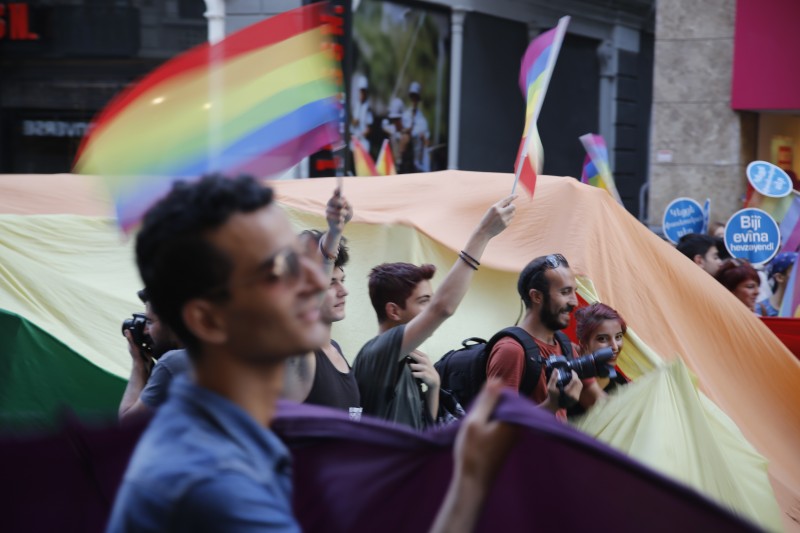 Istanbul PRIDE organisers maintain security was not the main reason for banning the protest.

Tweeting under #LoveWillWin the organizers said authorities “prefer to limit people’s rights and freedom instead of taking measures to deal with the threats!”

Instead, police used tear gas and water canons to disperse crowds of peaceful LGBT community supporters who had gathered in Taksim in defiance of the ban to commemorate the victims of the Orlando shooting earlier this month.

Istanbul has been a home to PRIDE events since 2003, welcoming visitors from the broader region as well as different parts of a country where single sex relations are not outlawed.

But last year, police also greeted organizers and participants with tear gas and water canons, marking the beginning of a trend.

The police response to PRIDE this year evoked memories of the 2013 Gezi protests and contrasted sharply with their passive approach to a June 17 attack in the same city on a group of Radiohead fans that had gathered at a vinyl store in the neighbourhood of Firuzaga to celebrate the release of the band's new album.

While sitting at the shop, fans of the band were suddenly attacked by a group of men angered that the young people were drinking beer and listening to music during the holy month of Ramadan.

The following video circulated online shortly after the attack shot with an amateur camera:

One of the assailants ended up wounding one man citing Ramadan as the reason for the attack in Istanbul's Cihangir neighbourhood. The attack has been condemned.

Their gathering was part of a global party organized in support of Radiohead's new album “A Moon Shaped Pool”.

The band promptly released a statement calling the attack an example of “violent intolerance” and pledged “love and support” for fans in Istanbul.

President Erdogan condemned the attack and called for “common sense”.

But assailants were released not long after their detention, and worse was yet to come.

On June 18, as people gathered in Firuzaga to protest the violence, police resorted to tear gas and water canons to disperse them.

After police intervention in #Firuzaga, some groups took refuge at the coffee shop.

Opponents of Turkey's powerful president see these events as confirmation that while some in the country have the right to demonstrate their outrage in the most unacceptable way, the right to peaceful assembly does not apply to those whose faces do not fit in New Turkey. 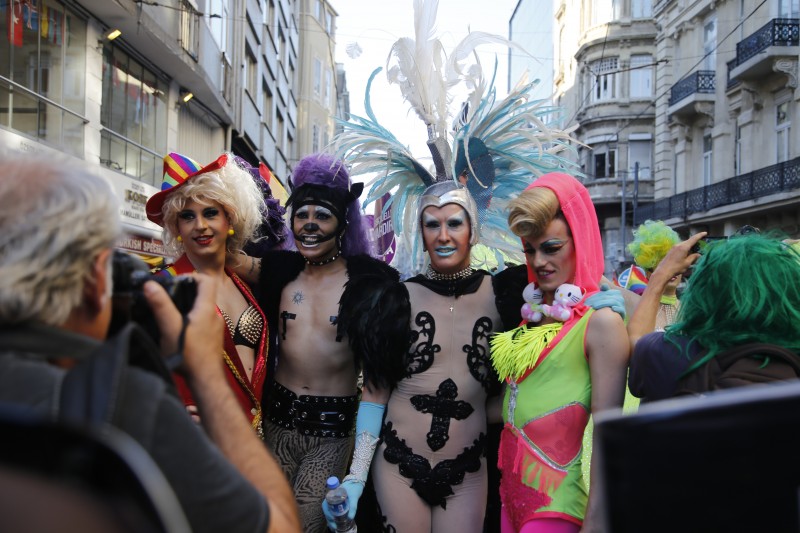