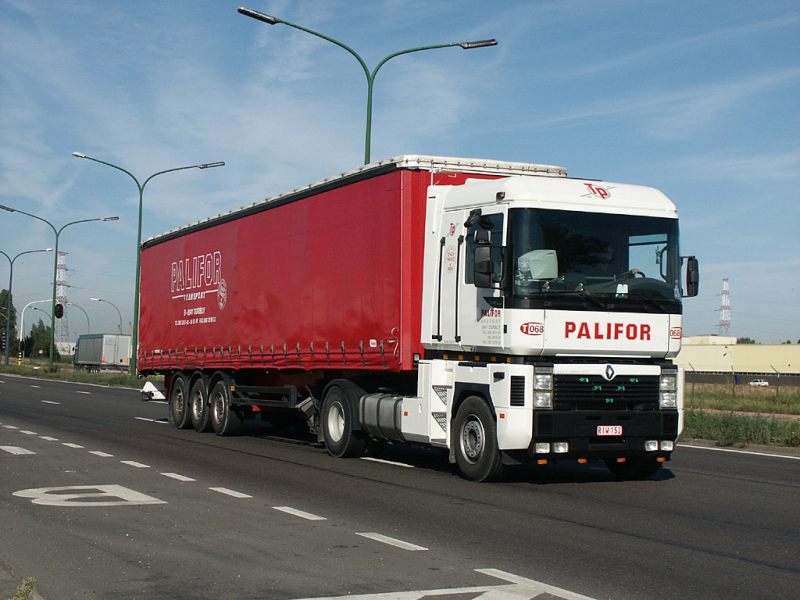 The Ethiopians were in a containerized truck such as this one. Public Domain photo by Klever.

Netizens in Zambia are reeling from the news that some 19 Ethiopians died in a containerized truck near the country's Luapula province.

Following an incident alleged to be a part of a multi-chained human trafficking heist, Zambians awoke to an array of disturbing online images capturing multiple corpses strewn across what is known as the ‘Pedicle Road’ linking Zambia's Luapula and Copperbelt provinces via the Democratic Republic of the Congo.

The victims were all young men.

According to Muvi TV and  ZED Corner, 73 Ethiopians were transported on one truck from Tanzania and later moved to a containerized truck that was carrying bags of beans and fish.

The new truck did not have ventilation.

Passersby who heard banging from the inside of the container and voices yelling for help insisted that the driver open the truck.

The men were initially suspected to be Somalis. However, a Somali living in Zambia wrote on Muvi TV's Facebook page that they were not:

Muvi tv is full of false news Somalis don't travel in a container, those are Ehiopians kindly change ur statement

we are quoting the police

The government later confirmed that the men were Ethiopians.

Noting the mixed reporting and lack of information about the incident, one reader of the Lusaka Times, writing under the pen name House Fly, asked the following questions:

Very bad reporting. trafficked from Tanzania, but the vehicle is Zambian. Who is the driver and where is he? What did the police say? Reporting kawti kubuta sure? [the reader accuses the reporters of lack of seriousness in their reporting].
This is as a result of corruption. How did they pass through the border? Who allowed these Alshababs in the truck full of beans?
People heard noise, so where are the survivors? Any interviews with the survivors? Who has been hospitalized among the survivors? Who undressed these dead people and why? Thieves?

A reader using the name Beira explained why the victims were half naked:

The people that undressed them were giving them first aid but it was too late.

Many commenters expressed their sadness:

This is so sad, it pains me to see my African brothers suffer like this! May Their Souls Find Eternal Peace

Some attributed the tragic incident to the poor economies of the continent:

This is horrible. Why is Africa associated with bad things like this. If our economies were good and governance was something to be proud of , we could minimize these human made disasters. MTDSRIP

For some Zambians, meanwhile, it was an opportunity to warn fellow citizens against election related violence that some are anticipating when the country votes on August 11.

That is a lesson to Zambians that we need to be peaceful before, during, and after elections, otherwise we shall also experience this sort of thing when we lose our peace and start turning ourselves into refugees in other countries trying to seek peace. Let us not take our peace for granted!