Harold La Borde, the First Trinidadian to Sail the World, Remembered for His Sense of Adventure 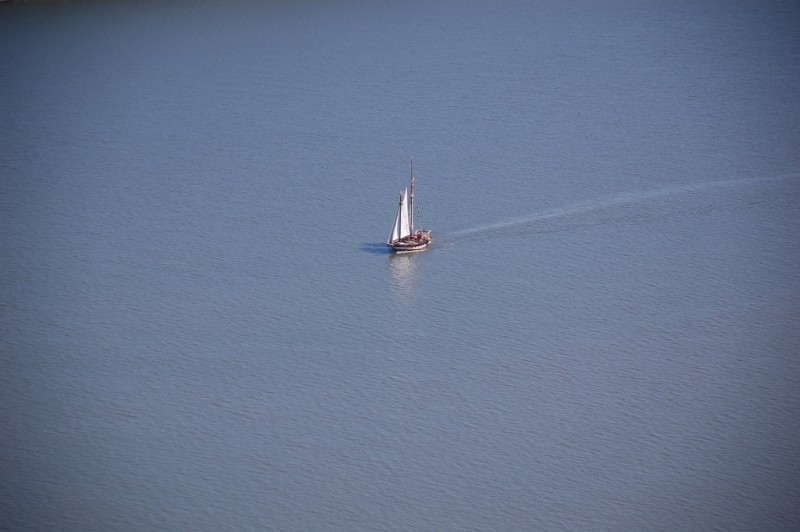 When Harold La Borde died at the age of 82 on Sunday, June 12, 2016, it was as if Trinidad and Tobago lost its arms that reached out to embrace the rest of the world.

La Borde, an avid sailor and a true explorer at heart, was the first Trinidadian to circumnavigate the globe. From 1969 to 1973, he sailed across the Atlantic Ocean, from one side of the world to the other, in the Hummingbird II, his trusty ketch. He and his wife, Kwailan, who made the trip with him, were bestowed with Trinidad and Tobago's highest award — the Trinity Cross (Gold) — for their feat.

Harold La Borde, the legendary Trinidadian who built his own boat and sailed around the world, died on Sunday morning. He was on vacation in Grenada when one week before celebrating his birthday on Saturday, he passed away. On this occasion, we reproduce a TTRN feature from September 18th 2014, when we paid tribute to the then living legend. Harold La Borde and his wife Kwailan along with their 5 year old son, Pierre, took off from Trinidad on an adventure to sail around the world on a boat which Harold built with his own hands at Point Cumana. It was a 40 ft ketch, dubbed ‘Hummingbird II’. […]

The La Borde’s [sic] sailed the Caribbean Sea, across the Pacific Ocean and through the treacherous Torres Straits to the Indian Ocean. They had an especially rough time crossing the Cape of Good Hope, South Africa, known as the Mount Everest of the ocean, which Harold called the highlight of their journey.

Other Twitter users were posting updates related to La Borde's cause of death, since his passing was so sudden and unexpected:

An autopsy will be done on the body of sailor Harold La Borde , who died on Sunday in Grenada.

La Borde's son, Pierre, confirmed that his father had been in Grenada on vacation; he reportedly slipped and fell in the marina, hitting his head.

To many, Mr. La Borde was a legend; to others, he was a passionate, dedicated, disciplined patriot who taught himself how to be a sailor and about seamanship.

The story of the La Bordes and the passion, dedication and discipline which allowed them to pursue their dreams will always be memorable. In fact, Mr. Harold La Borde’s story should always be an example of what is required to fulfil one’s dreams. […]

On behalf of the Government of Trinidad and Tobago, I extend my sincerest sympathies to Mrs. Kwailan La Borde and the entire La Borde family. Our country is poorer for his passing but still enriched by his motivational story and legacy.

Still, some felt that not enough people knew about La Borde's accomplishments:

The ones who did know, though, were quick to acknowledge La Borde's stellar contribution to his country:

In fact, some social media users called him a legend. Historian Angelo Bissessarsingh wrote in a public Facebook post:

There are heroes in name and then there are heroes in legend who will live on through the ages. The late Harold La Borde was the latter. For those who knew him and others who grew up in the shadow of his incredible adventures, his passing is a deeply sorrowful occurrence. Many of us pass the decaying hull of a small yacht, the legendary Hummingbird II on South Quay without appreciating the awe-inspiring voyage of circumnavigation it took at the hands of its builder and captain. My deepest condolences to his widow, Kwailan, a worthy partner for this man, and their children Pierre and Andre. We have lost one of our greatest icons, a man both humble and fearless whose triumphs over Neptune's lair will never be forgotten. R.I.P Harold La Borde.

La Borde's historic adventures will live forever in the books that he has authored — An Ocean to Ourselves (1962), All Oceans Blue (1977), and Lonely Oceans South (1987). Prior to his passing, La Borde was working on both an autobiography and a documentary film of his life.