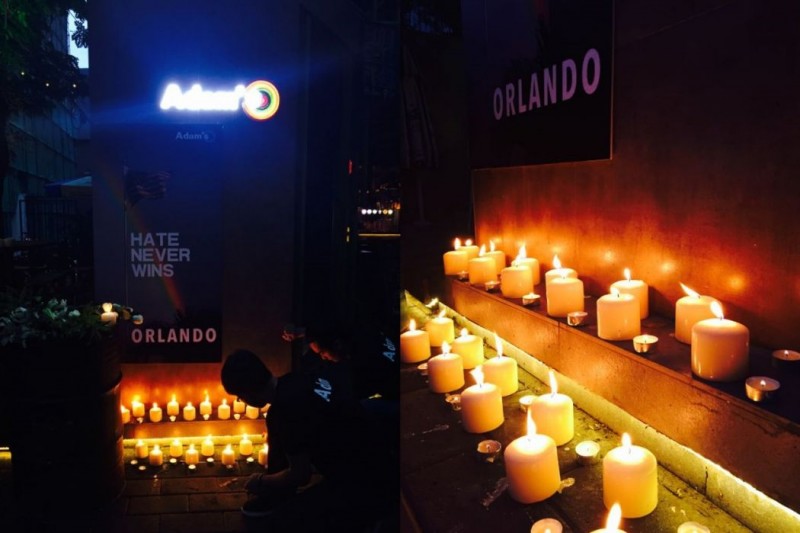 A vigil for the victims of the Orlando shooting at a gay bar in Beijing. Photos: Adam’s. via HKFP

This post was written by Catherine Lai and originally published on Hong Kong Free Press on June 15, 2016. The version below is published on Global Voices under a partnership agreement.

The LGBTQ community in China has expressed solidarity with the victims of the shooting at the Pulse nightclub in Orlando, Florida, the worst mass shooting in US history that left 49 people dead on Sunday.

Adam’s, a gay bar in Beijing, hosted a vigil for the victims on Tuesday, 14 June.

Mondo Wong, the owner of Adam’s, told Hong Kong Free Press that he wanted to do something for Orlando:

I was heartbroken after I saw the news. We want to use the internet, the media and other channels to let them know that they’re not alone. 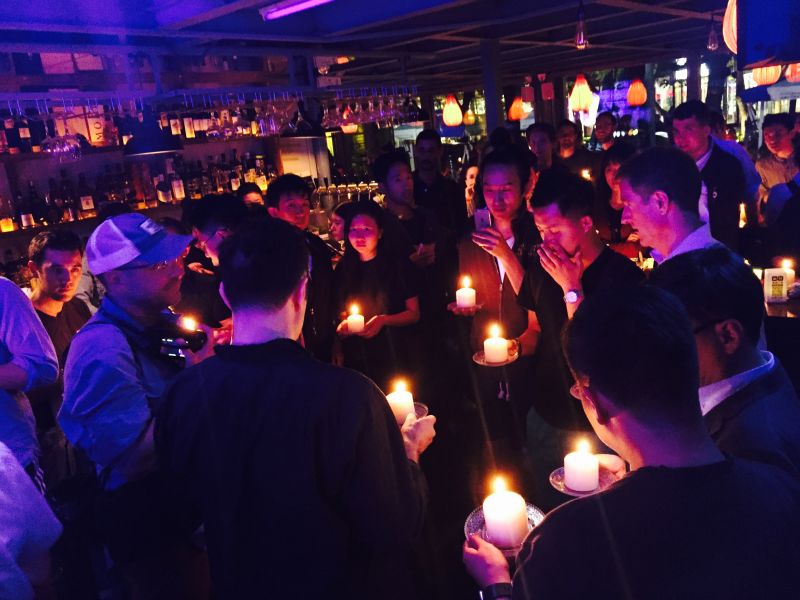 A vigil for the victims of the Orlando shooting at a gay bar in Beijing. Photo: Adam’s via HKFP.

About 60-70 people attended the vigil, according to Wong. “So many friends came and showed their love,” wrote Wong in a post on messaging platform WeChat on Wednesday morning.

I saw everyone cried, I saw everyone’s eyes, don’t cry my dears, let’s be strong and hold each other’s hands. 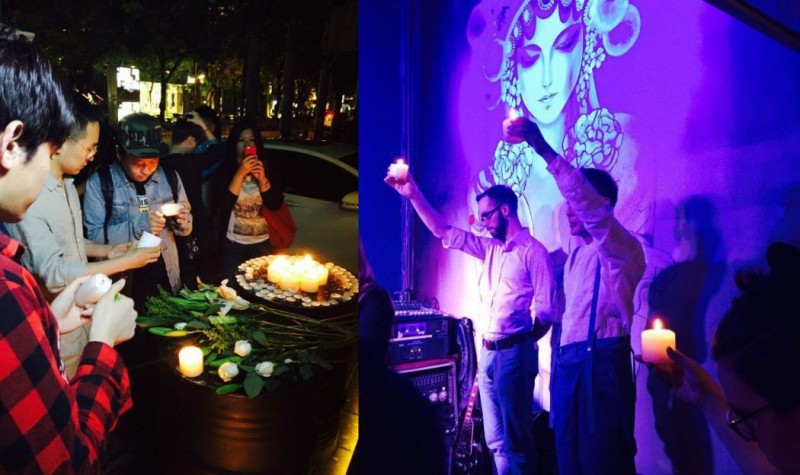 A vigil for the victims of the Orlando shooting at a gay bar in Beijing. Photos: Adam’s via HKFP.

Around 190 LGBTQ organisations in China signed a joint statement on the massacre published on Monday. It said: 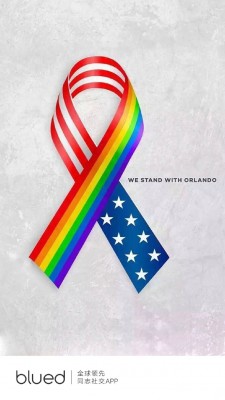 We, members of China’s LGBTQ community stand with the victims of this tragedy and their families, friends, and loved ones, and with all LGBTQ people around the world. Together with them, we grieve the loss of so many innocent lives and strongly condemn terrorism and all violence based on sexual orientation, gender identity, and gender expression […]

In China, violence based on sexual orientation, gender identity, and gender expression occurs throughout daily life, including the use of conversion therapy to ‘cure’ gay and bisexual people, bullying of LGBTQ youth in schools, and overall discriminatory treatment.

Blued, the most popular gay dating app in China, changed its loading screen to say “we stand with Orlando.”

“The LGBT crowd is part of the human race’s big family. We’ll use love to win this war,” said Blued’s founder on his Weibo account.

Dozens also gathered in Hong Kong on Monday evening to remember those killed.