‘The Day I Became Just a Stupid Number': One Syrian Refugee's Journey to Europe 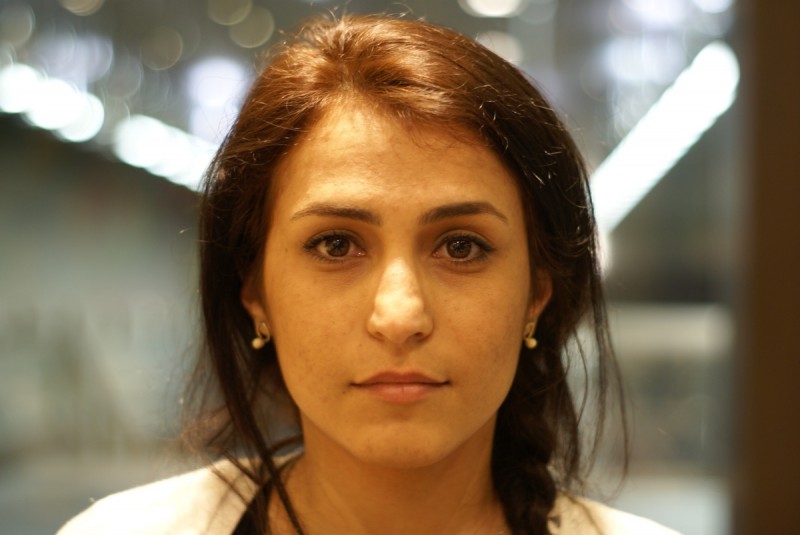 This essay by Zozan Khaled Musa, 25, was originally published on PRI.org on May 31, 2016, and is republished here with permission.

After a long dark journey in the Aegean Sea, I arrived to the small Greek island of Nera at about 3:30 on the cold morning of Oct. 3, 2015. There were many local fishermen who helped us after the boat landed. They wanted to have the boat’s engine, which was valuable to them.

It was an unbelievable relief to see our feet on land again. We decided to rest in a small room near the beach. There was not enough room for all of us. So only the women and children stayed inside. I made my bag a pillow and my jacket a blanket, but it was so cold that I couldn't close my eyes. When there was enough light, we walked to the local police station. It was about two-and-a-half miles away.

Many boats arrived to the island that night. Hundreds of people were standing in a line waiting their turn to be registered so they could take another boat to the main island of Kos. In Nera, when my turn came to get inside the office, they wrote the number “17” on my hand. I will never forget the day that I became just a stupid number on a long inhuman list. How shameful for humanity that so many people became nonhuman in that single helpless moment. I did all the procedures as best I could and headed to Kos, where the authorities waited for us with a paper with each one of our names on it. That paper allowed us to get on a ship going to Athens. It was a 12-hour journey. I made it to Athens the next morning and parted from my husband's friend’s family and met a Greek friend who was helping me get on a bus to the Macedonian border. It was 11 p.m.

“In Nera, when my turn came to get inside the office, they wrote the number '17’ on my hand. I will never forget the day that I became just a stupid number on a long inhuman list.”

I arrived at the border at 6 a.m. I had a small argument with a security guard at the border because he was not being fair. Some people had been waiting for a long time, but he was letting the new ones in before them. “You seem nervous. If you want, you can go back to your country and stay there,” he told me. I would not have kept silent, but a friend calmed me down. Being a refugee or a war victim doesn't mean I have to shut up when I am treated badly. I fled Syria not to have Europe's money or financial benefits. I fled because the whole world became suddenly and intentionally blind, deaf and mute toward our human made disaster in Syria.

We paid 25 euros ($27) each to board an old trash pile they called a train. No words can describe its dirt and terrible smell. Then, when everyone was piled in, it moved as if walking on eggs. That’s what we say in Syria about slow things. But finally I was on the Serbian border. It was then that I began to wish I never had started this journey. I had the worst experience after walking a long way, about four miles, to the first town where the registration center was. I can't remember the name of the town. I was so tired. But I wish I knew it so I could tell the world how bad it was there. It was supposed to be a place for people to have some rest. But refugees were out in the streets and were allowed only to get in for a few minutes to put their details on papers and to become a number again. It was a shock to see thousands of people waiting and pushing each other, and how badly everyone was being treated by the Serbian police. It is an experience you would never want to go through unless you are truly desperate. Some people I met there said they had been sleeping in the street for days while waiting for that silly registration paper.

Nothing in such a journey is rational or human.

After the hopeless waiting, I got to know a Serbian journalist. She was a nice lady and she helped me get in faster. She even managed to help me get permission to take the bus to Croatia for a few hours so I could see a completely different place, where people behaved differently. I saw real humans with real compassion. They were amazingly respectable people. I was given some hot tea and some rest. That same day I took the train to Hungary. On that train, I finally got some sleep.

In Hungary, I didn't see anything since I arrived at night and immediately got on the train. But I did see the new fences on its borders with Croatia, which would be closed only a week after my arrival in Germany. Another door closed in the faces of refugees. In a few hours I was in Vienna, Austria. I spent a night in a sports complex that had been turned into a place for refugees. That night I slept as if I had never slept before, although it was an open place where all people there can see you.

In the morning I went to the main train station and booked a ticket to Germany. I was so afraid that I would be caught in Passau, the town in Germany that is on the Austrian border. I wanted so badly to see my husband, who was already in Germany. On the way I didn't speak a single Arabic word so that no one would know that I was a refugee. I met some Americans on the train. They were tourists. I had a small chat with them about their trip. We also talked about the refugees. The woman was not happy with them at all. They both didn't know that I was myself a refugee until we arrived at the border. I saw the German police waiting to get on the train. I pretended to be sleeping. But I could hear what was going on. I closed my eyes for about a half an hour, a moment that felt endless. Migrants and refugees were caught and brought out of the train. As for me, maybe my ability to speak some English and the fact that I don’t wear a hijab — most of the other women were wearing it — helped me not be spotted.

After the train doors closed, I sighed in relief. I opened my eyes from my fake sleep to see from the windows hundreds of children, women and men — old and young — standing in a row with the police surrounding them. That was my first experience in Germany. I was happy that I could pass safely but it was not nice to see those helpless people out there as if they were criminals, especially those who were not wanting to stay in Germany. I put myself in their shoes. It's hurtful when you see others look at you in a certain way, assuming that you came because of poverty. That's what most people think of the word “refugee.”

Zozan is Yilmaz's wife. She is now living in a tiny town of about 5,000 people in northern Germany, close to the Netherlands. She recently was scheduled to have an interview with the immigration office. Then she will have to wait for approval to get her three-year residency visa. Then she will be able to move to Berlin, where she will reunite with Yilmaz.

Read the next essay of the series: Safe in Germany, a Syrian Refugee Learns to Smile Again