No Country for Gags? Politicians Go After Indian Comedian Over Snapchat Video 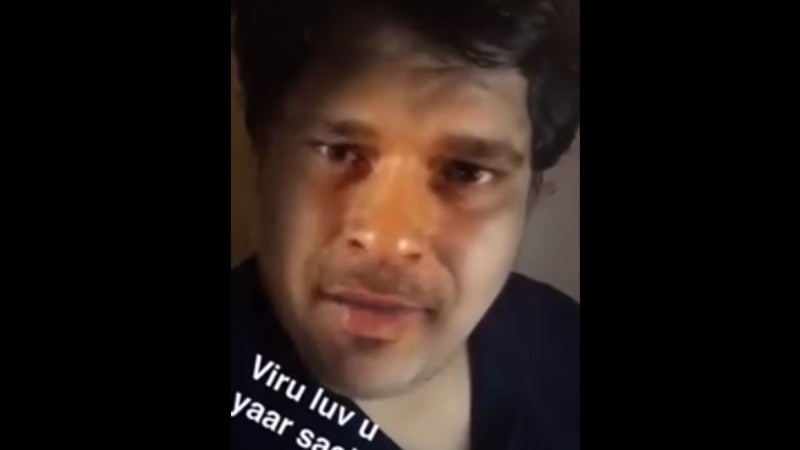 In what could be termed an extreme knee-jerk reaction, Indian right-wing political parties armed with police complaints have threatened comedian Tanmay Bhat for posting a parody video on two prominent Indian celebrities. Evidently, imitation is not the sincerest form of flattery in India.

In the video, Bhat parodies both Indian cricket legend Sachin Tendulkar and 86-year-old Bollywood singer extraordinaire Lata Mangeshkar, depicting a war-of-words between the two characters. Among other things, he uses Game of Thrones references and describes the octogenarian singer as being “5000 years old,” playfully suggesting that she should die.

The video, which many see as condescending and non-humourous, has gone viral on social media platforms.

Police from India's financial capital, Mumbai, received two complaints about the video, one from a local politician belonging to Narendra Modi’s ruling Bhartiya Janata Party (BJP), who said the clip was defamatory. The other came from BJP ally and fringe group Shiv Sena from Maharashtra, which also threatened to attack Bhat physically for mocking both celebrities.

Watch the video below:

On 31 May, Indian police asked Google, Facebook and the now defunct Orkut to block stand-up comedian Tanmay Bhat's video. The companies have not made official statements on the matter, but emphasized to other media that they remove content when presented with a legitimate court order proving its illegality under local law. As of yet, there is no sign that any such order has been issued and the police has not taken any legal action against Tanmay Bhat.

This is not the first time Bhat has encountered challenges from powerful figures. Previously, Indian comedy group All India Bakchod (AIB), of which Bhat is a co-founder, was at the centre of controversy over its roast featuring Indian film industry Bollywood stars including Deepika Padukone, Ranveer Singh, Alia Bhatt, Arjun Kapoor and Karan Johar. A complaint was filed and an obscenity investigation over sexually explicit jokes was carried out by the police.

The video has sparked India's latest row over freedom of expression, with actors, politicians, and fringe groups joining the fray, taking polarising sides of the debate.

The AIB video – #TanmayBhat needs to be made to grovel at Latajis feet and publicly apologize. Its appalling.

I supported #AIB during the roast controversy bcoz those ppl agreed to get mocked at. This is not a joke, this is clear insult. #TanmayBhat

You can dislike his joke, call him names, unfollow him, but don't penalise the guy for doing what he does..his job as a comedian!#tanmaybhat

Indian co-operative dairy brand Amul, known for its satirical take on current affair and trending events, summed up the incident with a poster rather aptly.

When Bhat subverts the notion of Sachin and Lata as hallowed figures who cannot be made fun of, he is really just telling us to laugh at ourselves. ‘Look at us, we’re so funny and pathetic. Hahaha.’ I think he does it really well—that Mangeshkar ‘face in water’ joke is observational genius—but even if you don’t, it should not matter. More power to him regardless.

Even if we charge the comedian of public nuisance, which is a non-cognisable offence under the Indian Penal Code, the necessary ingredients of it are not fulfilled and the maximum punishment he can get is a mere fine of Rs 200.

“To categorise people on the basis of who we can or cannot joke about is also ridiculous. We have always been open to laughing at those we revere. Let’s not deify human beings as being above and beyond criticism, cartoons or jokes.”

Here's what Indian publication The Hindu wrote in an Op-ed titled “No Jokes: We are Indians”:

That the effect is to stifle freedom of expression, to force the next person to look over her shoulder before mocking the next public figure, is obvious and intended. To be mocked is the most trying way of being critiqued. One can ignore evenly stated takedowns — not spoofs that make folks laugh. To deal with mockery in a democratic society, one needs to be committed to a public culture of engagement, of openness to questioning. India’s public figures are clearly not. Politicians and celebrities (mainly film and cricket stars) have failed India not just by using the strongest arm of the law to curb expressions of humour aimed at them, thereby forcing self-censorship on what we may laugh about. [..] In an environment where possibly personal jokes are seen to warrant scrutiny and police action, no space can be available for shared humour, for comedy to evolve sufficiently so that the larger community internalises what is truly, even rockingly, funny and what’s not so progressive.

Here's how Ranjita Ganesan at Rediff summed up the debate:

In the Indian comedy space, matters of what is acceptable are still murky. Humour is regularly taken very seriously, with people seeking extreme action, including arrest and bans. AIB has been consistent in churning out content even if its quality is sometimes irregular.

India boasts of equality and cultural pluralism in the global arena as various ethnic communities reside in the South Asian country. But the latest spate of incidents, ranging from lynching attacks over beef consumption in Dadri, attacks on women activists, and police complaints against comedians are all indicative of a change in societal trends, perhaps stemming from the 2014 change in political leadership.

Needless to say, the controversy over the video has undoubtedly brought it more views and more attention than it would have received had Bhat's critics kept quiet.