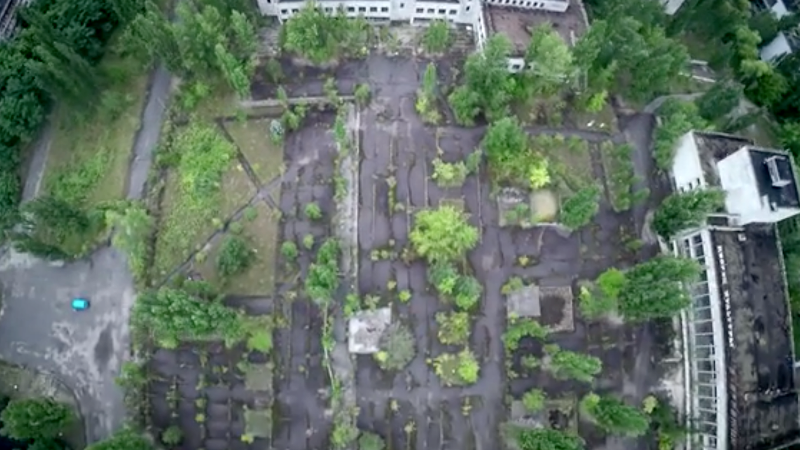 A virtual reality documentary about the Ukrainian Chernobyl exclusion zone using 360-degree video technology has been fully funded on Kickstarter. The documentary's authors received support from over 300 backers to the tune of over 34,000 euro (almost $39,000).

The Kickstarter campaign for Chornobyl360 was launched on April 26, 2016, to mark the 30th anniversary of the Chernobyl nuclear disaster at the power station near the Ukrainian capital Kyiv (Chornobyl is the Ukrainian spelling of the Russian Chernobyl).

The makers of the video said they wanted to raise awareness of the Chernobyl tragedy, including the environmental fallout from he explosion and radiation, as well as honor the memory of all the people whose lives were lost or irrevocably changed in the aftermath.

It’s said we should learn from mistakes and move on. But sometimes mistakes are of such magnitude that moving on isn’t possible. The 1986 Chornobyl disaster is one of those. […] We managed to get an access and film the most restricted locations of Chornobyl Exclusion Zone – true “wasteland” of today. This is a unique opportunity to record the aftermath results of human pride and ambitions going wrong. Our primary goal is to attract your attention and let you discover with us places you would have never got into without risking your health and even life.

The documentary was shot between April 2015 and April 2016 using drones equipped with video cameras, allowing the crew to get access to some of the most restricted locations of the Chernobyl exclusion zone, such as the power plant itself, the ghost town of Pripyat where the reactor was based, the vehicle graveyard, and others. The film combines cutting-edge virtual reality technology and 360-degree video to allow its viewers to explore Chernobyl and the area around the reactor as it stands today at their own pace.

We are willing and committed to do this because we truly believe that future generations shall learn from our past mistakes. With help of our project we upkeep the global awareness and draw attention to the future of Exclusion Zone and sites like it. We care about the fate of local illegal self-settlers, scavengers, dwellers and others harmed by Chornobyl disaster. We want people to understand that it is not a game.

The team of 15 people who worked on the project is now busy with additional filming, post-production and editing. Meanwhile, they are promoting the project through interactive exhibitions and teaser videos.

The documentary makers say the interactive content will be made available for all existing virtual reality devices, including platforms such as Google Cardboard, Samsung Gear VR, Oculus, and HTC VIVE. The completed documentary is slated to premiere in December 2016.