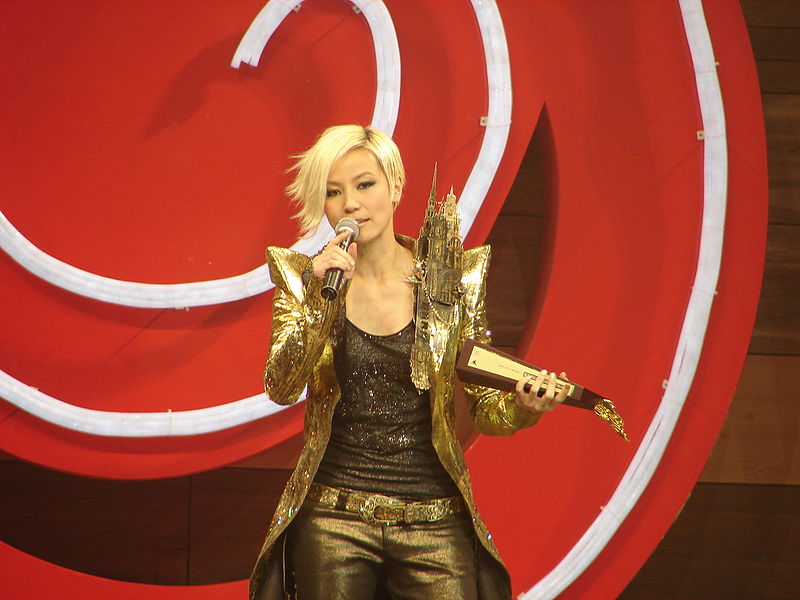 China continues to exercise its soft power to sanction celebrities from Hong Kong who are pro-democracy.

Denise Ho [2] is a Hong Kong-based pop singer and a outspoken supporter of the city's LGBT community and pro-democracy movement. She backed the three-month-long Occupy Central protests in 2014, which called for genuine democratic elections in Hong Kong, a special administrative region of China with a high degree of autonomy. Because of that, she was banned [3] from making appearances in mainland China alongside other celebrities including pop singer Anthony Wong Yui Ming and movie stars Chapman To [4] and Anthony Wong Chau Sang [4].

Aside from the official sanction, the Chinese propaganda machine has been actively mobilizing netizens to go after dissident artists online. In 2014, tens of thousands of mainland netizens voted in an online poll in favor of blacklisting of Hong Kong pro-democracy artists, while state-run news site Xinhua ran a commentary attacking the artists for “crushing the bowls that feed them” [5]. 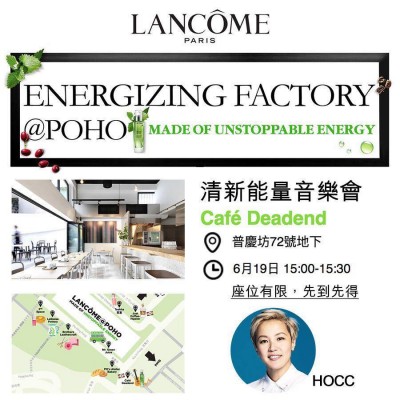 The mini concert was supposed to take place in a cafe in Hong Kong. On popular microblogging site Weibo, Global Times implied Lancôme as well as mouthwash brand Listerine, for which Ho is a spokesperson, was taking a political position by employing her:

Ho has never expressed support for independence for either Hong Kong or Tibet, an autonomous region of China that is the focus of a worldwide Free Tibet movement. In its message, Global Times used the word “du (毒)” which means toxic instead of “du (獨) which means independence as a way to further mislead mainland netizens on the Cantonese pop singer's politics. The two words are distinctive in meaning, but sometimes are interchangeable.

The post was removed after Lancôme issued a statement [7] clarifying that Ho is not their spokesperson. However, the statement did not stop mainland netizens from bombarding the brand. Tens of thousands comments flooded in, calling for boycott.

Eventually, Lancôme issued another statement on Facebook [8] that the company had decided to cancel the mini concert on June 19 because of “safety” concerns. For her part, Ho found the sudden cancellation unacceptable. She wrote [9] on her Facebook page urging the cosmetics firm to explain its decision:

Freedom, justice and equality have always been values pursued by Hong Kongers. If we are punished without any reason for upholding our values, this is no longer just about me. It is a serious distortion of our world values. Lancôme is an international brand, and when an international brand has to kneel before this type of suppression, we must address the problem in a serious manner.

Lancôme staff members and clients are not isolated from each other, and we have both been victimized by unreasonable tyranny. Some choose to submit to authority, some choose to stand against it. Every choice will affect society as a whole. When a company, out of commercial considerations, decides to practice excessive self-censorship, that also generates fear in the community and encourages tyranny's unreasonable behavior. Do we really want to live in this kind of society? Corporations should have moral responsibility when pursuing commercial interests. Once you give in to tyranny, the moral baseline will keep retreating.

Adrian Chow, an outspoken song composer, was rather pessimistic about the state of freedom of expression in Hong Kong, given the economic clout that mainland China wields. He looked into the 2015 annual report of L'Oreal, Lancôme's parent company, and concluded [10] that the company would easily give up Hong Kong for guaranteed access to China's market:

This company probably has no idea about what Denise Ho has done before. It does not even care if she has a conscience. Soon after it read Global Times’ comment, it viewed Denise Ho as a “negative factor” for its business in China and cuts ties with her. In the business world, numbers are the only moral concern and the interests of stockholders justify the behavior. Corporate social responsibility is just a marketing strategy.

The combination of the China factor and commercial logic has direct impact on Hong Kong's freedom of expression and creation. Artists have to be careful so that they don't become a “negative factor” for their potential clients’ business in China. They have to avoid producing, singing or acting sensitive works or contacting sensitive persons because they know that big brother is watching. So many people are ready to “report” [to the mainland Chinese authorities on artists’ conduct].

However, not all businesses are bowing before the People's Republic of China. Listerine's parent company Johnson & Johnson has thus far ignored Global Times’ post and continued with Ho as their official spokesperson. In fact, Listerine references [11] her coming out as a lesbian back in 2012, and uses the slogan “bold love, bold expression” for its branding.

The company's stance has won much praise from Hong Kongers on its Facebook page [13]:

Listerine, you are great. I appreciate you. In our day and age, freedom is not a given, righteousness is not a given, being true to oneself is not a given. A product is not just a product, it carries meaning which is valued by Hong Kongers We have to defend it.