Be Ready to Scream on Facebook, Before Signing Up for Moscow's Car-Sharing Services 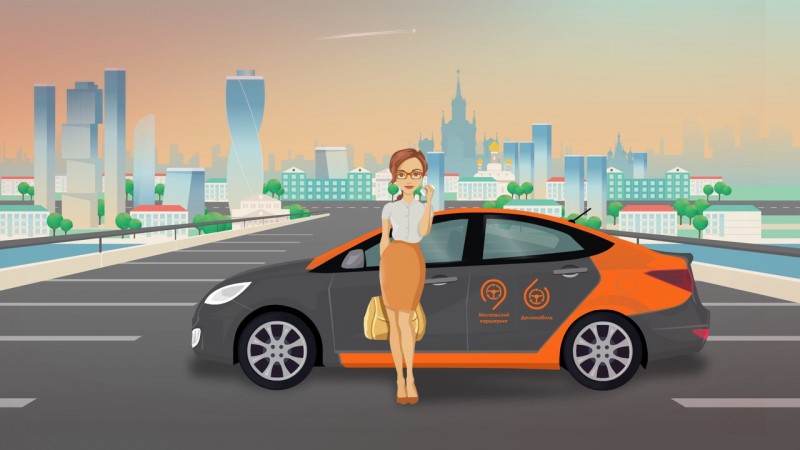 Like cities throughout the West with Zipcar service, Moscow is a city with great potential for the car-sharing business: its traffic is some of the worst in the world, and parking in the city's center—within the “Garden Ring”—is prohibitively expensive. Under these circumstances, many people did not think much before signing contracts with Moscow’s major car-sharing companies, DeliMobil and Anytime (both in business since last year). DeliMobil had something extra going for it, too: an endorsement from the Moscow city government.

Within a few months, some of DeliMobil's drivers were involved in traffic collisions and suffered damage to their vehicles. While accidents were inevitable, the drivers were surprised to learn that they were charged a far higher share of the repair costs than they expected. Saying they were led to believe they'd be responsible for just 20 percent of any repair costs, drivers were billed the full repair cost, in addition to several other costs, such as another 20 percent of the repair sum and compensation for the car's down time in the DeliMobil fleet. If drivers failed to pay these fees immediately, the penalties skyrocketed.

Were DeliMobil drivers really led to believe that their liability in the event of a collision would be 20 percent of repair costs? Screenshots shared online from the company's HR department seem to suggest this claim. DeliMobil's own “frequently asked questions” section on its website read, “All our vehicles have OSAGO insurance. If a vehicle is damaged through a client’s fault, the client is charged […] 20 percent of the repair cost, if the whole sum exceeds 100,000 rubles [$1,500].”

Alexander Semenov, a DeliMobil client burned by the company's repair-cost policies, shared his story on social media and attracted the support of the “Blue Buckets”—an online community dedicated to fighting corruption on Russia's roads and highways. Semenov says he was charged 588,300 rubles (almost $9,000) for totaling a Hyundai Solaris, though the vehicle is only worth 537,000 rubles (about $8,200) brand new.

Semenov complained that he'd been charged an unfair amount of money, and hundreds of other Facebook users agreed. A spokesperson for DeliMobil commented on his Facebook post, however, explaining at great length and without any apparent sympathy that the company's policies are what they are, and even arguing that Semenov's complaint (and any media outlets that reported it) risked committing defamation against DeliMobil.

Ilya Krasilshik, the chief editor of a Latvia-based news website Meduza, later shared a screenshot of this threat to sue for defamation, fueling what was already a heated online debate. Given DeliMobil's close ties to Moscow city officials, the discussion turned political almost immediately.

The car-sharing company soon fired back, revealing that Semenov tried to blackmail DeliMobil, offering to dial back the media pressure, if the company agreed to reduce his fees. (Semenov later admitted to making this suggestion at a meeting with representatives from DeliMobil.)

The very next day DeliMobil introduced a new car-rental plan. Rental costs were now more expensive (rising from 7 to 10 rubles for every minute in a DeliMobil vehicle), but the plan now included car insurance. According to a short description that the company provided, in case of any accident a client would pay no more than 10,000 rubles ($150). The company's CEO announced that some changes were being made to the old plan, too: the maximum amount of customer expenses in the event of a traffic collision would now be limited to 150,000 rubles ($2,300). Clients previously billed as much as half a million rubles (all three of them, including Alexander Semenov) were now liable for just 150,000 rubles.

Writing on Facebook, Semenov welcomed the news, thanking his friends and readers for their support. DeliMobil even said it would review its company policies regarding social media activity.

Despite the negative press that began this story, DeliMobil has something to celebrate, too: the company demonstrated its focus on customers, and its ability to respond to complaints about its service. Whether or not this means Moscow's car-sharing industry is now a safe bet for the average consumer, however, is another matter. For all the problems car-sharing would ideally solve in Russia's capital, the business clearly creates new problems of its own.