One Young Couple's Mission to Save Athletics in Pakistan 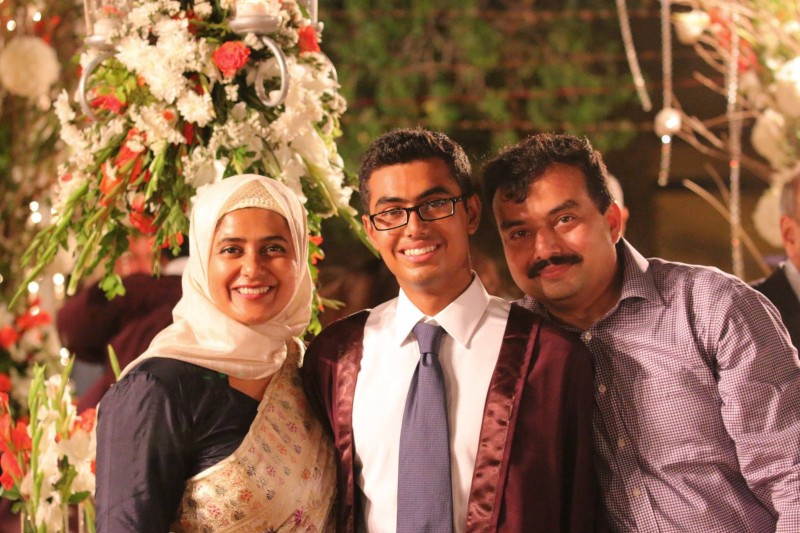 Jawwad Farid and Fawzia Salahuddin are no ordinary couple — by day they may work as actuaries and risk management experts, but their evenings, weekends and holidays are spent helping young athletes pursue their dreams.

This is no easy feat, as athletics in Pakistan have long suffered thanks to either a lack of funds or politics. In 2014, athletics did not form part of Pakistan’s delegation at the Asian Games in Korea due to infighting between two local parallel Olympic associations. Earlier this year, reports blamed mismanagement for the country's poor athletics performance at the South Asian Games — after an 84 hour flight to India, the team landed only a day before the opening ceremony.

Still, Farid and Salahuddin aren't taking no for an answer. For the past two years, the duo has worked on raising funds for the Sindh Track and Field Club, which describes itself as “a private athletic club devoted to training young athletes in Urban as well as Rural Sindh” — and that's not all — they have set things up so that athletics fans can follow the personal stories of these young athletes as they train to fulfil their athletic dreams. On his blog, Farid talks about one such star, Abdul Mueed Baloch. The story beautifully weaves Mueed's struggle with Farid's passion and devotion towards the young athletes:

I had been following a group of kids with my camera for twenty one months.  The Quaid-e-Azam games at Jinnah Stadium in Islamabad was
supposedly my last shoot. The documentary I had been working on was a private pet project. Over the year it had taken a life of its own to consume everything around me […] It is a story that I had been dying to tell all of my life. What is the charm of athletics? Why did I fall in love with it twenty nine years ago? What makes these kids run? Where do they come from? How do they handle the heart break of lost races and the stress of training? What makes them come back for more punishment, day after day? How can they show the world what running really means to them? Abdul Mueed is the perfect poster child for this tale. A footballer from Dalmia who hung up his cleats to run track for the first time in February 2015. He has come a long way from dusty football fields with his dreams. As he tells his story, sit down and take note.  You first saw him here. God willing you will inshahallah see a lot more of him in coming years.

Baloch comes from a low-income and often ignored community in Karachi. As Farid puts it in a documentary they filmed, “Dalmia is a low-income neighborhood sandwiched [between] an abandoned cement factory and a naval base”. That hasn't stopped him: in the past year, Baloch has won three national titles. Farid is currently working to ensure that he and others can make it to the Asian games in 2018. The short documentary featuring Baloch and other athletes, which Farid and Salahuddin have worked on putting together, will help raise funds and ensure that the young athletes get the necessary attention and funding to participate in regional and international events.

Baloch's heartening story is about a young man's pursuit to get international recognition for his country. In the film, Baloch talks about his hopes, aspirations and motivation to continue working towards his goals:

It's nothing but hard work. I am doing hard training, but all I know is that I need to do this and I need to move forward.

In a public post on Facebook, a law student speaks about Baloch's story and the critical role played by the Sindh Track and Field Club:

Sindh track and field coaches have done it again. Trained muheed towards excellency and helped him become the fastest man in Karachi. ❤️

The coaches, Roma Altaf, Ahmed Wali and Abdullah Chandio, dedicate their weekends to ensure that the young athletes get all the time and practice they need to make their participation in professional games possible. 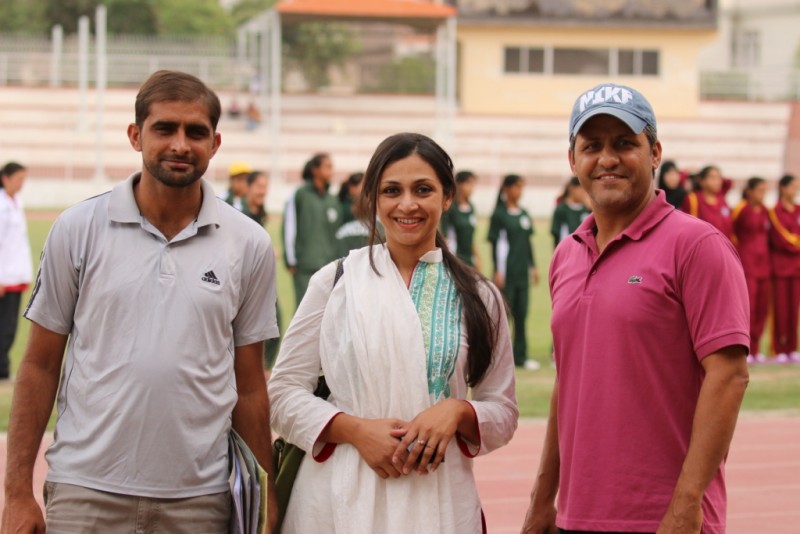 And it's not just Moeed — other star athletes that have trained at the club include 12-year-old Hiba Khurshid, who picked up three gold medals and bagged the best female athlete trophy at the Pakistan sports board inter-provincial athletics championship. According to media reports, this was the first time in the history of junior athletics (under 16 and under 17) that the best national athlete trophies were picked up by two young athletes from Sindh.

Farid and Salahuddin also raise money to hold regular races in order to encourage the athletes to compete. What better way to motivate athletes than to have a crowd cheering them on?

Twitter user Hareem Sumbul has been a regular supporter of the club:

Many other netizens have come out in full support of the athletes:

Afia Salam, veteran journalist and former editor of “The Cricketer” made a rally call to her colleagues to help with media coverage:

C'mon my sports journalist friends & other sports enthusiasts.. these kids have come this far.Help them go beyond this ‪#‎SupportTrackAndFieldSports‬

Meanwhile, on his blog, Farid talks about his own journey of failure, weakness and commitment:

I think a daily dose of heartbreak, a fling with madness and facing your own human weaknesses as a teenager is a very small price to pay if it leaves you with the gift of self awareness and hunger.  Competing against the clock, facing your limitations and then going back to the starting line to push yourself just a bit more harder this time, repeating it again every day like a driven, demonic machine is the right training if you want to aim for greatness.  It is not easy, its not for everyone. If it doesn’t kill you…

The heartwarming stories of these athletes, their coaches and supporters portray a hopeful picture for the future of athletics in Pakistan. It speaks about breaking barriers — because when it comes to realizing their dreams, they are not letting anything stand in their way.

The author of this post has worked with Jawwad Farid in the past.