For a Conversation With a Random Swede, Call This Number 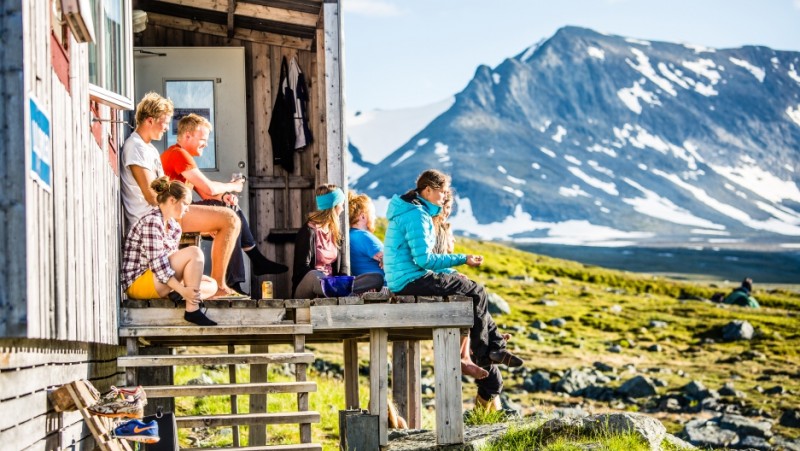 This article by Jason Margolis originally appeared on PRI.org on May 31, 2016, and is republished here as part of a content-sharing agreement.

Last month, Sweden set up a new phone number called “The Swedish Number.” Call it and a Swede, any Swede, will answer to talk to you about their country.

It was started as something of a gimmick by the Swedish Tourist Association. The gimmick caught on, and, to date, more than 160,000 people have called.

I’m responsible for a few of those calls.

“Random Swede answering,” said Christer Blom, picking up the phone. Blom is a 53-year-old software developer who lives in the Swedish countryside about 100 miles west of Stockholm. He volunteered to field calls from people across the globe two weeks ago.

“I just thought it would be a nice thing to do,” he said.

About a third of the calls to The Swedish Number originate from the United States. The rest are a mix from across the globe. Blom said some people want travel tips; lots call to talk about politics; others want to talk about, well, anything.

“The call before you, the first question was: What’s your favorite dessert?” said Blom. “I had to think a while, but this time of year it’s strawberry with some cream. Of course it’s a seasonal dessert. It’s nice.”

You might be thinking: How does learning about Blom’s favorite summertime dessert promote travel to Sweden? Jenny Engström with the Swedish Tourist Association said the idea was, first and foremost, to create a genuine interaction.

“What I think is the cool thing about this is that it’s a phone call between two people,” said Engström. “In this digital world we’re living in, you’re not able to hear people’s voices.”

The Swedish Tourist Association, a nonprofit member organization independent of the Swedish government, wants those voices speaking for their country to be unfiltered. “To let the people who live here promote Sweden, instead of someone in a marketing firm telling you where to go or what to do,” Engström said.

Engström said they were hoping for 2,500 Swedish volunteers to answer their phones; they’ve gotten 30,000, including Sweden’s prime minister.

That’s putting a lot of faith in average, ordinary citizens to market your country. In the calls I made, everybody was off-the-charts friendly.

Medical student Lisa Haern greeted me with an enthusiastic “Hi!” from Stockholm, taking a break from the books. She said she downloaded an app to talk to people like me. I asked if the Swedish Tourist Association wants her to promote anything or if she has any bullet points to follow.

“No. There’s no information,” said Haern. “It’s just, OK, enter your number, and that was it. You’re now logged in and you can answer for Sweden, the Swedish number.”

The Swedish Number was also introduced to mark 250 years since Sweden became the first country to abolish censorship. I had little doubt that the Swedes I was speaking with were free to say or do whatever they wanted, especially when Alexander Larsson, a college student, put me on hold.

He did come back quickly and we had a nice conversation. He gave me a few travel tips, then we ended up talking about politics and racism in his country. He said most of his conversations have nothing to do with Sweden at all.

“Some people just call because they’re lonely, I figure,” Larsson said. “So they just want to talk because they have no one else to talk to, I guess.”

Did my phone calls make me want to visit Sweden again?

Did they make me think more highly of the place and the Swedish people?