Problems in Trinidad and Tobago? Write the Queen! 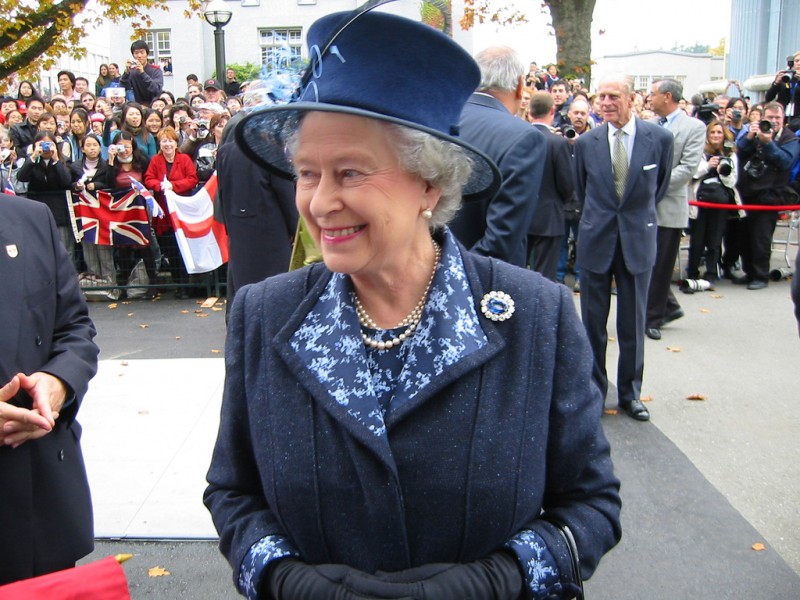 Queen Elizabeth II at the University of British Columbia during the Queen's Golden Jubilee in 2002. Photo by Michael Chu, used under a CC BY-NC-ND 2.0 license.

The hashtag #writethequeen is trending on #TriniTwitter after a local activist wrote a letter to Her Majesty Queen Elizabeth II asking for the former mother country's help in addressing the escalating crime situation in Trinidad and Tobago.

Nalini Dial began her letter by congratulating the head of the British monarchy on her 90th birthday; she juxtaposed the joy of this celebration with the “sense of deep regret, hopelessness, and helplessness” that the twin island republic England once colonised is, in her estimation, feeling:

There seems to be no will of any Political Party, past or present, to truly take the necessary steps to rid our land of this epidemic – in no small part due to the fact that they believed to be beneficiaries of financing from persons who are themselves linked to money-laundering and the illicit drug trade. […]

Therefore, we are taking it upon ourselves to appeal to Her Majesty to approach Her Majesty’s Government to offer its expertise and advice in crime-fighting to our Prime Minister, Dr. the Honourable Keith Rowley and his Government. It cannot be disputed that a Government which cannot protect its citizens is failing in its first and foremost responsibility to the citizens.

Dial promised to forward the letter to local and international media — but she may not have bargained for the response of the country's social media users. Trinbagonians, as citizens of the country call themselves, are famous for using humour to deal with difficult issues — in fact, poking fun at things is practically the default response. It's no surprise then that the hashtag soon went viral, with netizens putting their own hilarious spin on queen-worthy complaints.

Everything from the country's new 80-kilometer-per-hour speed limit to the child marriage controversy got mentioned:

#writethequeen 80kmh a prob. Switch to carriage or nah?

There were also complaints about the customer service of one cable TV provider and the repetitive nature of soca songs:

One Twitter user even complained about the country's president (upon whose inauguration, gave a stirring speech about his presidential powers and then, in the view of many social media users, failed to use them for the good of the country):

There were so many #writethequeen tweets that one Twitter user had to declare:

Why does everyone wants to #writethequeen on my TL? The address is Buckingham Palace, London SW1A 1AA, United Kingdom.

Perhaps one of the most pressing problems, considering how much Trinbagonians love their Carnival, was the possibility of not getting a costume to parade in their band of choice:

Local expressions also came under fire — specifically, the “Trini-ism” of adding “ments” to words — for example, “fetements”, meaning a fete or party:

People still putting “ments” at the end of words #WriteTheQueen

I wanna say something potentially unpopular…

There's nothing wrong with someone deciding to #WriteTheQueen.

However, he also offered an explanation about why there might have been such a social media backlash:

The real problem? We don't trust Nalini Dial. Which is fair. I don't trust her either… #WriteTheQueen

Dial was a member of the Congress of the People political party and contested a seat in the country's last general elections. While she has come out against homophobic comments made by government ministers, she has also made controversial and insensitive statements herself.

What also had many social media users incensed is that one media house, which ran a story on the trending hashtag, failed to credit the authors of the tweets:

WAIT this media house took all the tweets from #writethequeen hashtag put it in an article and didn't credit the persons who posted them?

Still, netizens loved the hashtag, and they'll likely keep contributing to it:

All about #WriteTheQueen
So much win.