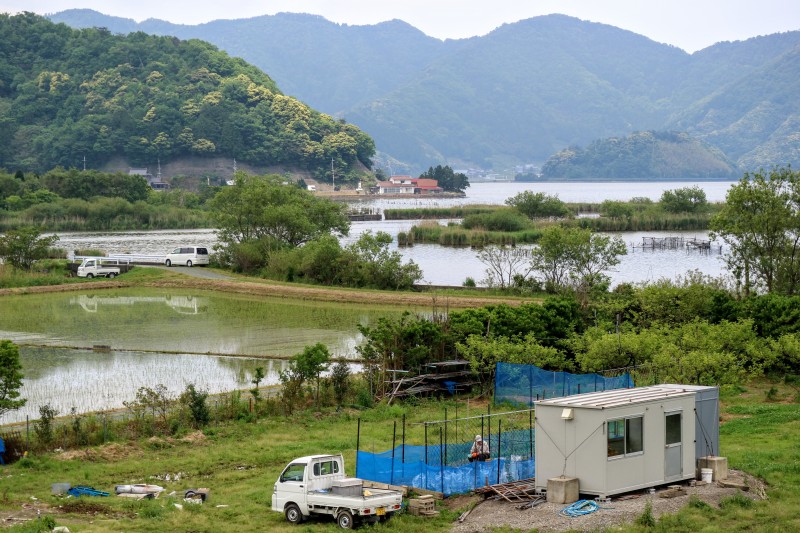 Inaka is the Japanese word for “countryside,” and means “rural area” with a heavy emphasis on being “backwoods” or “the sticks.”

It's also the subject of a popular ongoing challenge on Japanese Twitter with its own hashtag. As Japanese website Fundo reported: “Show that you live in inaka without using the word inaka” (#田舎という言葉を使わないで田舎を表現, inaka to iu kotoba wo tsukauwanaide, inaka wo hyogen).

About a quarter of Japan's population lives in the densely packed urban centers surrounding Tokyo and Osaka, with many more people living in urban areas serviced by subways, shopping and plenty of amenities. While there may be crowded trains and little green space, living in Japan's big cities is convenient.

So what better way to demonstrate that one lives in inaka than by a photo showing the nearest department store is more than 100 kilometers away, as one Twitter user did?

Inaka is associated with rice fields, which means a constant supply of rice fresh from the farm. Often, this rice must be polished before it can be cooked. Coin-operated rice polishing kiosks are a common site in many rural areas:

I love this hashtag.

Sometimes, rural life presents some unexpected restrictions on how people can live:

Image reads: Notice: The local farmers have requested that you keep your curtains closed at night. They have been having problems with growing their strawberries. Apparently the lights from the dormitory's windows at night are slowing down their growth. Thank you for your cooperation. Management office.

Public transportation isn't always available whenever you want, as this bus schedule demonstrates:

Note: This Tweet is intended to resemble a typical Japanese timetable at a country bus stop. The final bus comes at 8:20PM.

The bus only comes by three times a day, and service ends at 8:20 pm.

Another Twitter user posted a photo of a street sign that would likely never be seen in any of Japan's big cities:

In this photo posted by a Twitter user in Tochigi, northeast of Tokyo, wild boar on the tracks have delayed train service:

A train has collided with a wild boar.

The appearance of wildlife in the middle of town is definitely inaka, such as a pheasant.

A pheasant is walking down the middle of a “busy street.”

Or a pair of kamoshika (a kind of antelope that lives in the mountains):

And, in a country where cellular coverage anywhere and everywhere is the rule rather than the exception, there is one image that automatically signifies inaka:

“No cellphone coverage past this point.”