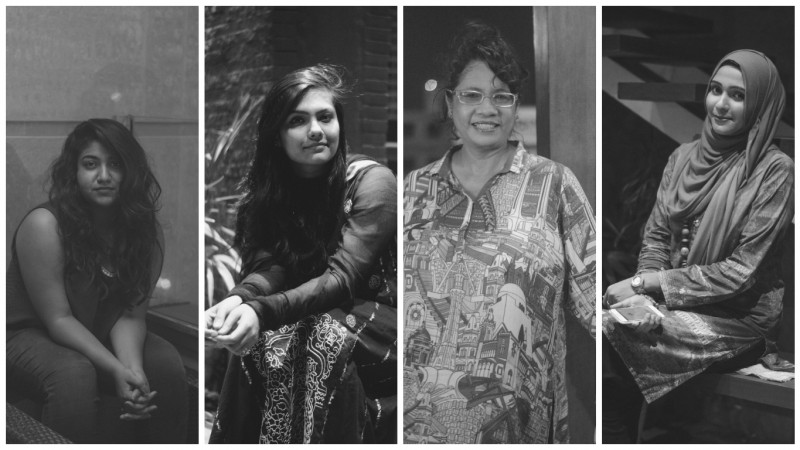 Over the past decade, Pakistan's parliament has passed multiple laws addressing violence against women. From sexual harassment in the workplace to “honour killing,” these laws were drafted by veteran women rights activists and lawyers and pushed through the two houses of parliament (the National Assembly and Senate), despite staunch opposition from religious political parties.

Earlier this year, the Punjab Assembly passed the long-awaited “Protection of Women Against Violence Bill,” dealing with the hurdles women face when reporting rape and other kinds of abuse. In response, the Council of Islamic Ideology (CII)—a twenty-member constitutional body, created in 1962, that provides non-binding advice to the government on religious aspects of the law and society—has drafted its own “model women's protection bill.” The CII's proposal, among other things, “allows” a husband to beat his wife “lightly.” This aspect of the legislation, in particular, has gone over poorly with many people—so many that activists around the country are now calling for the abolition of the CII.

This is not the first time the CII has come out with such statements. In the past, the council called for lowering the age of consent for marriage and declared DNA evidence in rape investigations to be un-Islamic. The CII's non-binding advice didn't influence any actual policy change in this instance, but it received considerable criticism.

With the “model women's protection bill,” however, many believe the CII crossed the line.

Other features of the “model bill” concern property ownership, marriage, politics, motherhood, and even violence against women. While the draft law “allows” husbands to beat their wives lightly, the legislation would also criminalize acid attacks and honour-killing. (It's worth noting that laws criminalizing these forms of violence and various other kinds already exist in Pakistan. In fact, human rights groups have had to fight for these protections.)

The draft law also suggests that women should have the free will to marry, and it entertains the “possibility” of women becoming judges, but would forbid women from receiving foreign guests, ban formula milk for babies, and mandate that mothers breastfeed for children's first two years.

The Human Rights Commission of Pakistan (HRCP) has strongly criticized the CII's proposal, stating, “As much as the HRCP wanted not to dignify with any comment the ridiculous CII recommendations regarding ‘light beating’ of women, the commission thinks it is imperative that every right-respecting person must condemn such counsel unreservedly. The irony of calling the measures women protection should not be lost on anyone.” The HRCP isn't the only group that's condemned the draft legislation. Pakistanis throughout the country have reacted with shock, anger, and even humour, writing online with the hashtag “#TryBeatingMeLightly.”

#TryBeatingMeLightly and watch yourself reduce to just a little man.

#TryBeatingMeLightly and I will break each one of your fingers LIGHTLY :)

Wese I don't fully agree with #TryBeatingMeLightly answer to violence cannot be violence, its not abt equality its abt a destructive culture

#TryBeatingMeLightly and stop calling yourself a man if you hit your wife. Join a circus instead, idiots!

It didn't stop there. Social media was abuzz with demands to abolish the council.

Lawyer and columnist Ayesha Ijaz Khan expressed the end of her tolerance for the CII:

It is high time we get rid of the CII. If #Pakistan is to progress there must be no tolerance for the #CII. https://t.co/mjoduuusha

CII is the SHAME of Pakistan and Sherani sahib should be tried under anti-terrorist court for promting violence against Pak citizens.

Why does pak and intl media give so much attention to a group or geriatric old men telling women what to do? #CII #Pakistan

Needless to say, Pakistani women and men aren't taking the suggestions by the CII lightly.