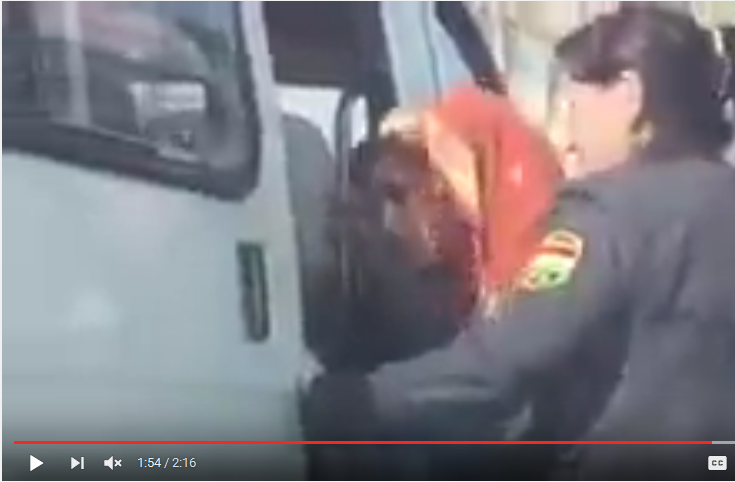 Russian citizen Oqil Sharifov, who returned to his home in ex-Soviet Tajikistan on vacation earlier this year, now won’t be going back to Russia until next year after a local court sentenced the 31-year-old man to a year in jail for filming what he determined to be local police violating the right to wear the Islamic hijab.

The man was charged with “provocation of enmity based on nationalism, regionalism, and religion” and sentenced on May 26.

Sharifov's lawyer noted that the prosecution justified the arrests by the police in connection with “cultural events” taking place in the city at the time.

Sharifov is one of hundreds of thousands of Tajiks who travel to Russia seasonally in search of work. Like many others, he managed to gain citizenship there.

His home city Isfara is located in northern Tajikistan and is known as one of the most devout areas in Central Asia.

A few days after returning from vacation he made the following video using his smartphone.

One of the detained women says on camera that they are being detained for wearing the hijab.

Look at this. A ban on the hijab. This is the government!

Tajik YouTube users were more concerned with the crackdown on religion than the fate of the citizen journalist.

Then they are surprised when people go to join ISIS.

Indeed, former interior ministry colonel Gulmurod Halimov, who shocked the world by defecting from Tajikistan to join ISIS in Syria last year cited the government's aggressively secular policies against Islam as the main reason for his defection.

Despite this, the assault on public manifestations of Islam has continued.

For the first time, the United States government this year added Tajikistan to its elite list of religious freedom offenders designated “countries of particular concern” following the rollout of the religious freedom report.

In addition to a de facto ban on hijabs (no legislation prohibits a person from wearing one) police have also been documented forcibly shaving believers’ beards, while Tajikistan is the only country in the world to place a permanent ban on minors attending prayers in mosques.

Currently over a dozen leaders of a faith-based political party widely viewed as moderate but outlawed by the government as extremist last year are awaiting a court ruling on terrorism charges.

The state prosecutor has demanded life sentences for several of the Islamic Renaissance Party of Tajikistan's leaders, whose links to an alleged coup plot in September have never been convincingly presented by the government.