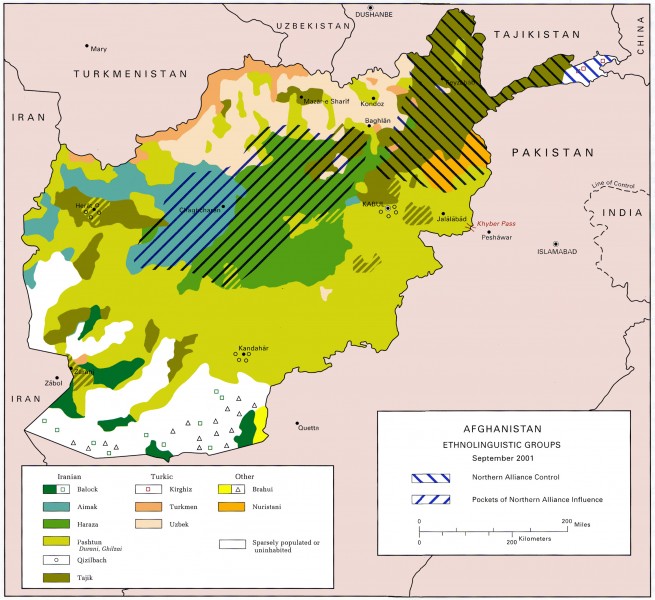 On May 16 Kabul witnessed a peaceful protest of unprecedented size when a mostly Hazara crowd of thousands converged on the Afghan capital to vent their disappointment at the government's decision to re-route a multi-million dollar transmission line, bypassing central Afghanistan, an area heavily populated by the ethnic group.

Supporters of the protest credited it as an example of the strengthening of Afghan civil society as a long-oppressed community mobilised to demand justice from the inept central government without the demonstration descending into violence at any point.

Among detractors, however, there were the timeless conspiracy theories that the Hazara were merely acting as puppets of Iran, with whom the group has religious and cultural ties, as well as even more ugly examples of the ethnic stereotyping that has found a comfortable home on Afghan sections of social media platforms.

To each their insult

The prominence of stereotyping and name-calling on Afghan social media allows an insight into fragile interethnic relations in a country that has experienced more war than peace in recent decades.

One indignant Facebooker opposed to the Hazara protests wrote:

Stereotypes such as the Hazara-e-Mushkhur (mice eating Hazaras), the Kham Kala (immature-brained) Uzbeks, the two-faced, tale-telling Tajiks and the Ghul (brawny but brainless) Pashtuns — also commonly conflated with terrorists — abound on Facebook.

Such incidents of hate speech are rarely reported, and, perhaps because posts are often written in Farsi or Pashto, Facebook's moderators seldom intervene.

Another Pashtun suicide bomber, who wanted to blow-up himself, is arrested.

Posted by Afghanistan Is My Mother on Sunday, November 16, 2014

A conventional definition of a stereotype might be the Oxford Dictionary's “widely held but fixed and oversimplified image or idea of a particular type of person or thing.”

But the racist clichés that dog Afghan politics are hardly simple, carrying centuries of historical baggage.

In the digital age, their perpetuation threatens to seriously undermine national cohesion and cross-group solidarity.

The (ethnic) balance of power

Stereotyping is a product of power-relations, political developments and urban life.

Prior to the Soviet invasion, the fact that the Uzbeks, for instance, lacked political power, allowed other ethnic groups to humiliate them and depict them as idiots.

The country's largest ethnic group meanwhile, the Pashtuns, are most often associated by other ethnic groups with the Pashtun-dominated Taliban, and latterly, with militant suicide bombings.

Occasionally, the deep-rootedness of these stereotypes is fodder for social media satire, as this Facebook post shows:

All too often however, the insults are real, and reflect the everyday tensions of urban life in Kabul, where different ethnic groups live side by side and much of the population has internet access.

Ironically, most of the stereotypes are uttered and written in a single language — Farsi — the supposed lingua Franca of Afghanistan and the one in which educated Afghans overwhelmingly converse.

At least two factors suggest that ethnic stereotyping, including in its most hateful forms, is around for the long haul in Afghanistan.

One is the habituation of stereotyping within Afghan culture and a lack of political will to prevent it.

Simply put, rather than being seen as taboo, hate speech is widely accepted as a legitimate tactic in the struggle for dominance among groups at national level.

The second is a lack of mechanisms to resist the power of stereotypes that have gathered traction and popularity with the explosion of social media in urban areas of the country.

While much ethnic stereotyping takes place under fake Facebook accounts, there are also increasing numbers of people happy to associate their names with ethnic slurs.

For the moment, politicians seem more interested in exploiting ethnic rifts in both virtual and non-virtual spaces than healing them, but there is much they can do to help.

Making public statements discouraging ethnic stereotyping and assisting Facebook and Twitter in filtering some of the most socially destructive examples of the practice would be as much in the government's interest as the that of the general population.