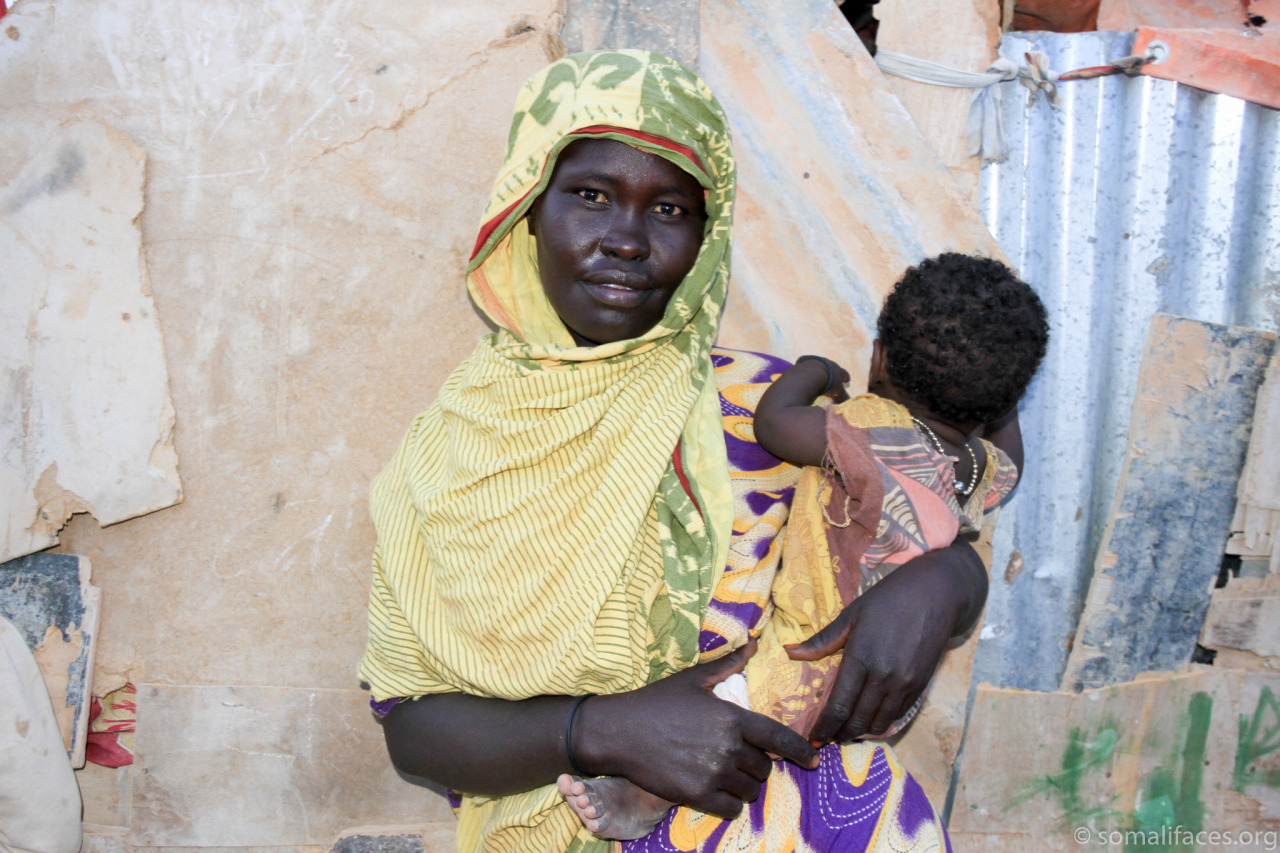 A single blog post changed the life of this Somali mother of 8. Photo by Somali Faces (Donia and Mohammed). Used with permission.

On May 1, Somali Faces covered a story about a poor Somali mother who is an Internally Displaced Person (IDP) and has eight small children, none of whom were attending school.

She was facing abuse for belonging to a minority Somali clan and because of her dark skin. She was contemplating suicide.

Sometimes I’m treated like a foreigner in my own country, like I don’t belong here. I’m a single mother of 8 and none of my children are at school. I clean houses whilst carrying the child I’m carrying now. The rest of my children look for any type of work that they can find. I know it’s a hard life and it’s not easy but what makes it so much harder and at times unbearable is how people treat me and my children. I sometimes feel like I’m in an ocean of people whose hearts are made of stone. Many discriminate against me because of my very dark skin colour. I tell them, that’s how God created me and I can’t change it. Either they reject me because I’m from a minority clan or because of my skin colour. Sometimes, I contemplate whether death is better for us than living in a wretched life.

Readers were moved by her story, and began a fundraiser for her. A total of $4,000 was raised in 21 hours.

After the donations, Somali Faces reported:

Your donations changed her family’s life. Because of you, she will have her own shop, her house will be repaired and she told us that with the money she will be making, she can easily pay for her children’s education. You couldn’t conceal her smile and happiness, at times; she had difficulty getting the words out. Never in a million years did she imagine that she would receive this amount of money. A week ago, she was discriminated against, hopeless and penniless and now, she has a continuous source of income for her family. We thank each every one of you for your unrelenting generosity and efforts to change this mother’s life. Somali Faces made sure that every dollar you sent was spent towards her family and we were involved every step when it came to the materials and how the money will be managed. We would like to thank Tadamun Social Society (TAAS) for their tremendous help. We will be monitoring her progress and will provide you with a video update 3 to 6 months from now on how her and her beautiful children are doing.

Somali Faces is an online project that shares everyday stories of ordinary Somali people from around the world. The idea was the brainchild of the creative duo of Donia Jamal Adam, a storyteller, human rights advocate and campaigner; and Mohammed Ibrahim Shire, an author and history enthusiast.