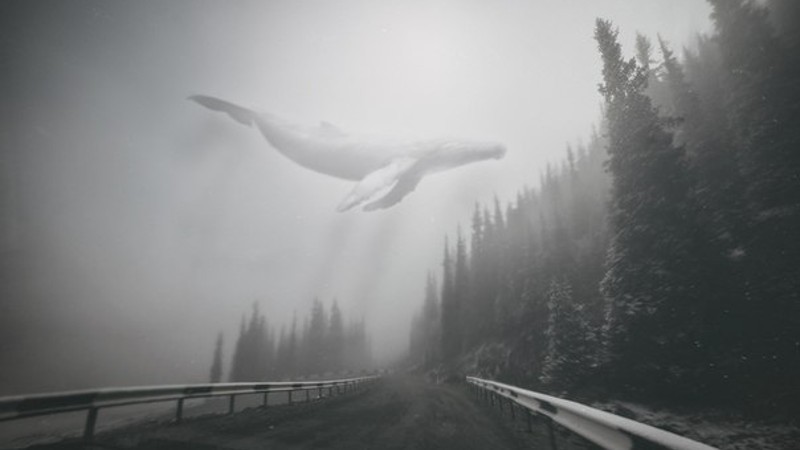 The investigation of mysterious groups on VKontakte full of images of whales and butterflies that Novaya Gazeta claims drive teenagers to take their own lives has met with public criticism. Image from VKontakte.

Whales. Butterflies. Rina. f57. These words, images, and names have been circulating on the Russian media and social networking sites this past week after independent newspaper Novaya Gazeta published an article exposing groups on VKontakte that allegedly promote suicide. Since May 16, the Russian Internet has been buzzing with what media website Slon.ru called the “most important newspaper text of 2016.” But not everyone is thrilled with the investigation, with users questioning its ethics, its conclusions, and its methods.

On May 16, Novaya Gazeta reported on an investigation into 130 alleged teenage suicides that occurred between November 2015 and April 2016 in Russia. All of the victims, Novaya reporters said, were members of the same groups on Russian social network VKontakte, dedicated to themes of suicide or self-harm, and often posting shocking content.

Novaya Gazeta's investigation, titled “Groups of Death,” warned parents to read the findings “so that they could save their children from risk” and so that they could learn to identify the slightest details of looming tragedy and teach it to other parents. Some RuNet users found the reporters’ stance biased and their tone as bordering on the cusp of hysteria.

Secret, private groups on social media that entice teenagers to take their own lives. Sounds like the plot of a bizarre horror movie. And yet hundreds of these groups are allegedly active and thriving on VKontakte. “Who are these people?” asked Novaya Gazeta. “Spiritual freaks, maniacs, Satanists, fascists?”

As the investigation, now picked up by other news outlets and Internet users, continues, the administrators of these groups emerge as seemingly regular members of society. Philip Lees, the main administrator of the most popular group “f57” , is a 21-year-old sound engineer living in the greater Moscow area. At this point in the investigation, he is hailed as the main orchestrator of content allegedly meant to incite suicide, including videos of his own (obviously fake) suicide, images of self-mutilation, and poems lamenting the bitter cruelty of being alone in the world.

Boyfriend broke up with you?
Tired of studying?
Always hanging out on VKonakte?
No one writing to you?
Take a look at My dark side [page], maybe there is something for you there

On the surface, this looks like a disturbed individual (or individuals) trying to lure a bunch of teenagers into a weird Internet cult. But what precisely about these groups caused so many teenagers to join and then, allegedly, take their own lives? That's where Rina Palenkova comes in.

Rina is a 16-year-old girl from Russia's Far East who took her own life in November 2015. The community administrators circulated her last selfie before her death captioned “Meow. Goodbye,” as well as her postmortem pictures and screenshots of her text messages. As a cult of personality started around Rina, teenagers across the country began stalking her VKontakte page, reposting her statuses, music, pictures. “Rina, you are the best,” users scrawled on her wall. “It's such a shame that I never knew you. You're my hero, I love you, you have the most incredible eyes, like you just appeared to us out of an anime.”

In addition to encouraging the cult of personality, administrators circulated pictures of whales and butterflies, allegedly claiming that these symbols represented anguish and loneliness. Whales are the only animals known to die by suicide by beaching themselves when they are “in despair.” Many butterflies only live for a day. Other groups promoting suicidal ideas began popping up with names like “Flying Whales,” “Sea of Whales,” and “Cosmic Whales.” The content of all these groups was essentially the same: gruesome pictures of self-mutilation, discussions of taking one's own life, poems, and videos.

After Novaya Gazeta's article broke, the media was in an obvious uproar. Lenta.ru launched its own parallel investigation and was able to speak directly to Philip Lees. According to him, the groups had been created with a view to provide psychological support. He admitted that he communicated directly with some members, listening to their troubles and counseling them. “I told them that life doesn't end here,” he said. “There is a way out, but it is not suicide. But I seem to have failed because people died.”

Lenta.ru interviewed others associated with the groups, who claimed that Lees had a major role in the game “Insiders” which teenagers in these groups would play. The objectives of the game were to post pictures of their self-harm and in return users would allegedly get tips on completing suicide. The game was a race against the clock—a timer counted down the days until the day that they were “to kill themselves.” The administrators claimed that this game was a way of identifying teens at risk and then actively communicating with them to talk them out of suicide.

Other media outlets responded with their own thoughts on these investigations, often accusing Novaya Gazeta of exaggerating the facts, creating an atmosphere of panic, and making generalizations about Russian social network users. In an op-ed for Slon.ru journalist Oleg Kashin argued that Novaya Gazeta had stepped into a foreign territory of which it had no understanding. “The author's error is that she doesn't understand the intricacies of the communication on Vkontakte,” Kashin wrote.

Nevertheless, Russia's state censor agency Roskomnadzor is already investigating the matter. In the past week, dozens of suicide-related sites have been blocked on VKontakte and reports of related content have tripled. St. Petersburg investigators opened a criminal case against the sites’ administrators on grounds of incitement to suicide in adolescents.

In the haze of hysteria, the voices of teenagers themselves were obscured. However, one teenager's thoughts became known after she wrote a response to the Novaya Gazeta article on Facebook. The post was shared over one thousand times and featured in media reports. In her response, the young woman attempts to clarify the definition of self-harm, explain the symbols of whales and butterflies, and advises parents on how to deal with a child who might be contemplating suicide.

“Self harm is not necessarily a symptom of suicidal behavior,” she writes. “Whales and butterflies are not symbols of suicide.” She introduces a group called The Butterfly Project that suggests that teens draw butterflies on their wrists instead of engaging in self-harm.

According to the teenager, the biggest problem with teen suicides is not the groups on social media that induce the behavior. It is the ever pervasive misunderstandings between adolescents and adults. And as panic and hysteria surrounding evil social media sites spiral out of control, with Roskomnadzor stepping in to block and monitor VKontakte groups, the gap of understanding between these at-risk teenagers and their surrounding world grows.

“Whales, unicorns, butterflies, crocodiles, cockroaches, and orangutans. Tomorrow there will be different symbols, you won’t be able to recognize them all,” she writes. “You will not catch up to us if you are fixated on specific details.”

In regards to control. Yes, right now you may want to hug us, hide us away, protect us. But what's next? Despite the popular belief that ‘all evil originates on the Internet,’ we can get these thoughts from everywhere and anywhere. Just look at the subway walls or the door signs that say “No exit”. While you block and control sites on the Internet, we will find freedom in something else and to try to capture us in this way is pointless—we can fly.

The ethical debates around Novaya Gazeta's investigation came to a head on May 20, after Lenta.ru published an interview with the administrator of the VKontakte community “Morye Kitov” (Sea of Whales). The anonymous young man told Lenta.ru that he spoke to Natalia Sokolova, an editor at Novaya Gazeta TV. Sokolova implied the newspaper's reporters were cooperating with the police on its investigation and pressured their interviewees into giving them exclusive information.

Dmitry Muratov, the chief editor of Novaya Gazeta, later suspended his deputy chief editor, Sergey Sokolov, following the revelations that Sokolov instructed his staff to blackmail suspects in the investigation.

Sokolov has already issued a public apology for his actions, saying he made the error under the stress of continued reports about minors dying by suicide. “I’m sorry for the extreme form of my indiscretion,” he said in a statement published by Novaya Gazeta.