Crimea's Government Cancels That ‘Putin Is a D*******’ Event 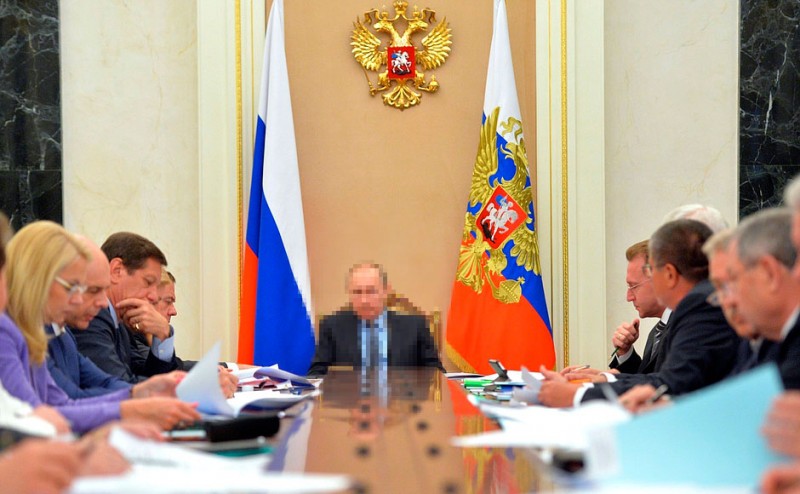 In the late hours of Wednesday, May 25, a curious event announcement appeared on the website of the Crimean Republic's Ministry of Industrial Policy. The information was displayed only briefly (it's already been removed), but it was still available long enough for Internet users in Russia to notice. The event was supposed to take place this Friday, May 27, and it was to be called “Putin Is a Dickhead.” The recorded location of the event was also listed as “Putin Is a Dickhead.” The format of the event was supposed to be an “official photo session.”

The event was likely a prank on Crimea's new Russian state officials.

“Putin Is a Dickhead” features on the Crimean government's official agenda. (This event was soon unpublished.)

Given Russia's strict laws prohibiting news agencies from publishing obscenities, some websites trying to report the story of Crimea's curious Industrial Policy event had to resort to censoring screenshots of the ministry's Web page.

TJournal, for instance, refused to publish the word for “dickhead” (“хуйло”—an epithet often awarded to Putin by his critics in Ukraine), though the website's users uploaded their own, uncensored screenshots immediately in comments on the story.

In March 2014, following a Russian military operation to seize Crimea from Ukraine, Moscow annexed the Republic of Crimea and Sevastopol as federal subjects of the Russian Federation. The two entities are now federal districts in Russia, though the vast majority of the world has refused to recognize the Kremlin's sovereignty over the territory.