Andacollo, The Chilean City Surrounded by Mine Tailings 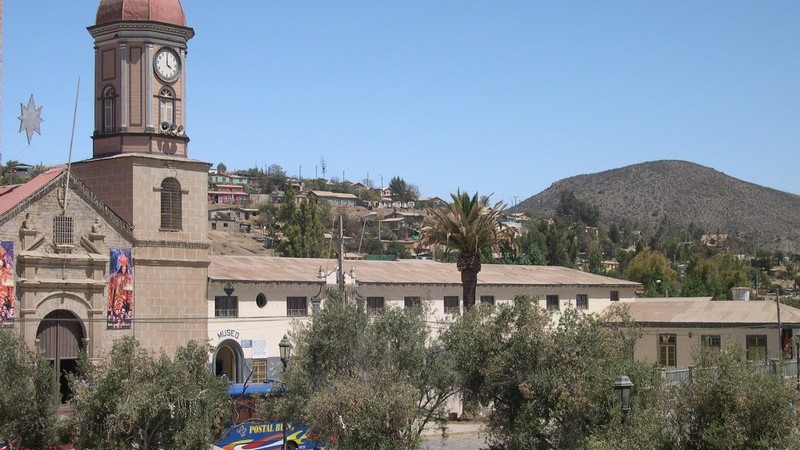 The Andacollo town square. Image by Wikimedia Commons and published under the terms of a GNU Free Documentation License. Photo by Katja Radon.

Relaves.org is a group whose mission is to make the Chilean government take responsibility for abandoned mine tailings (ore waste of mines) and promote their mitigation. Lately, the group has been drawing attention to the case of Andacollo, a mining city and region of about 10,000 inhabitants in northern Chile. According to the group's website, Andacollo “was declared an ‘area saturated with contamination’ by particulate matter PM10 [‘which could be ash, soot, metallic particles, cement or pollen’] in 2009. In addition to this, there are more than 18 tailing heaps located right in the city, which has caused serious health impacts”:

Image: Yes, this is a tailing heap.
The Case of Andacollo

Tweet: Find out about the #CaseOfAndacollo, an area saturated with contamination and where more than 18 tailing heaps are located

YouTube user Bastian Salfate uploaded a video made by students from the Journalism School of the Universidad de la Serena featuring interviews with Andacollo locals about the regional mining issue.

When asked about the overall impact of mining, one Andacollo resident answers:

[I think it is] negative. Because it doesn't leave any benefits here. They buy everything elsewhere. The people of Andacollo haven't seen any benefits.

Another resident points out the origins on the mining companies:

People expect a lot from mining, but unfortunately we can't anymore […] Because here the mining companies, so they say, they've bought up all of Andacollo. And what good is that to us? None at all. The companies are Canadian. What value does that have for us? I don't know.

Mining is a complicated issue in this region, and some companies are declaring bankruptcy and laying off workers in Andacollo, threatening a local economy that relies heavily on this industry. As companies withdraw, it also becomes more difficult to mount efforts to mitigate the environmental damage already done by extractive operations.

But the problem of mining waste isn't limited to Andacollo. There are approximately 449 tailing deposits in Chile according to 2010 figures, and it's estimated that mining companies in the country produce around 1,400,000 tonnes of waste every day. We should also remember the case of the El Soldado mine, where a deposit of toxic tailings collapsed after an earthquake in March 1965. More than 200 people died and hundreds of kilometres were contaminated by the waste.