On Not Becoming a Buddhist 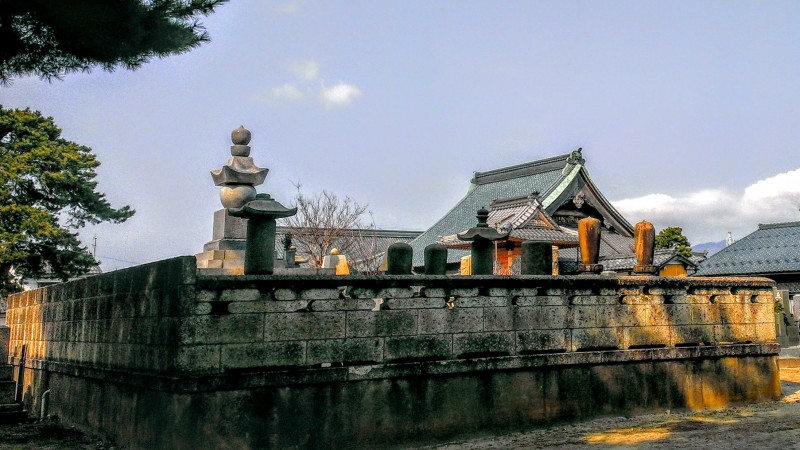 Shortly after my oldest son was born in September 2002, I found myself kneeling before a statue of Yakushi Nyorai, the bodhisattva of healing. Was I making an offering, I wondered, a prayer, or a plea?

We were living in Fukui Prefecture, on the Japan Sea coast, just north of Kyoto. A few days after birth, our newborn son developed a fever, and, eventually, sepsis, a serious infection of the blood. The hospital was not very optimistic. When I saw the doctor actually run with our child to initiate some life-saving treatment, I realized that we were nearly out of options. (Our son recovered, and, now nearly 14 years old, has never been sick since).

So, sitting outside the hospital, near six stone statues of Jizo, the bodhisattva of children and guide of the dead through the underworld, for the first time in my adult life, I decided to pray for help.

“…sitting outside the hospital, near six stone statues of Jizo, the bodhisattva of children and guide of the dead through the underworld, for the first time in my adult life, I decided to pray for help.”

I went to Tada-ji, a temple nestled under a wooded hill a short drive from my son's hospital in the small fishing town of Obama. The hondo, or main hall, was cool and dark after the walk from the car under the torrid late summer sun. Like every other Buddhist temple in Japan, the interior was dim and smelled of incense. Accompanied by the abbot, I crept in bare feet across creaky hardwood floor to the space front of the altar, which was covered in ratty green carpet.

Tada-ji's object of veneration is a two-metre statue of “Yakushi Nyorai the healer” that is more than a twelve hundred years old. The statue dates back to a time before modern medicine, when illness resulted in a quick death or lifelong debilitation.

At the time the temple was established and the statue carved, it would be another 500 years before Dogen would bring Zen meditation and the concept of “extinguishing the self” to Japan. In a pre-literate age, when Buddhism in Japan was reserved for the privileged few who could read, everyone else relied on Yakushi Nyorai, Jizo and other bodhisattvas for any and all help.

As I was doing now.

At first glance, Tada-ji's statue of Yakushi Nyorai is just a hunk of wood, not ornate at all, and, in the dim light of the hondo, almost crudely carved. I had paid a token amount of money to the abbot who had inherited the stewardship of the temple. 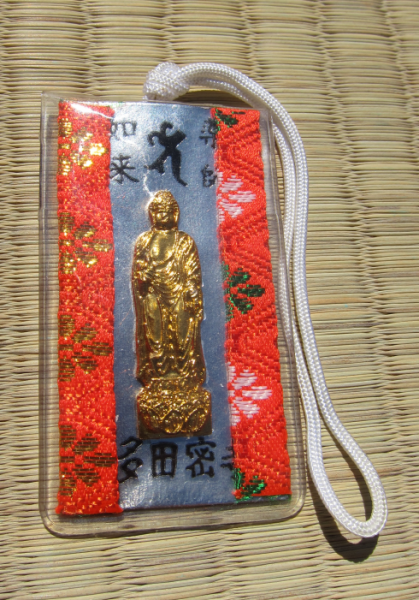 As I kneeled before the statue, the spry, white-haired abbot, recited a darani or mantra associated with Yakushi Nyorai. As part of his job the abbot led tours when busloads of visitors arrived at the temple, conducted funerals, and recited a prayers for solitary visitors like me. I had no idea what he was saying, and I focused on the statue's rough, blocky features, hewn out of wood nearly 1200 years before.

Growing up in secular 1970's Canada, I was unfamiliar with the concept of prayer. I didn't even understand how or why someone might pray to a Bodhisattva. “There is no god in Buddhism,” I had read. So why ask a statue for help?

I had driven to Tada-ji and other temples in Obama many times before over the previous ten years I had spent living in this rural part of Japan. While wars and natural disasters can sometimes destroy antiquities in Japan, isolated Obama's cultural heritage has remained largely intact for more nearly 1500 years. Many of the temples and their treasures had been purposefully located in Obama, about two days’ journey by foot from Kyoto, to save them from the wars that frequently razed the old imperial capital. The temples of Obama provided me with a good chance to learn more about art history. The stories behind the architecture, statuary, and relics I encountered got me interested in “learning about Buddhism.”

But even living near hundreds of temples in Obama and Kyoto, I discovered learning about Buddhism was not easy. “How do you become a Buddhist?” I would sometimes ask people I thought really ought to know the answer to that question, such as teachers at the high school I taught at who, on weekends and holidays, ran the family temple. When I asked them that question, they looked at me as though I was crazy. “Why do you want to be a Buddhist?” they usually asked me. “You're not even Japanese!”

“When I asked them that question, they looked at me as though I was crazy. “Why do you want to be a Buddhist?” they usually asked me. “You're not even Japanese!””

And there wasn't really any other way to learn. Generally speaking, mainstream Buddhist denominations held no Sunday services. There was no Sunday school, nor really anything resembling even a Bible that Japanese people rely on to learn scripture.

And yet there appeared to be a methodology in Japan for “practicing Buddhism.” Funerals and annual memorial services are observed according to strict and formal rules. Families visit the graveyard for higan, the equinox in spring and fall. I had even seem a woman prostrated in front of a massive statue of Yakushi Nyorai in the Tokyo National Museum of Art, on loan to the museum from its home at Daigoji. But no one could tell me how to “become” a Buddhist.

And then, by chance I came across an English language book about Zen meditation. It turned out the book was written by the abbot of Hosshin-ji, a small Soto Zen monastery in Obama (Fukui Prefecture is also home to Eiheiji, one of the great Zen centres in Japan), and then translated by Daigaku Rumme, an American Buddhist monk who had lived at Hosshin-ji, in Obama for more than thirty years. I phoned him up, and we became friends.

My first question to Daigaku: “What books should I read to learn more about Buddhism?” His answer: reading books to learn about Buddhism can be dangerous. His recommendation was to learn how to sit instead, and I eventually spent a week at a Zen seated meditation retreat at Hosshin-ji in Obama with other lay practitioners.

The Zen tradition, “to forget the ‘small’ self and be enlightened or verified by all things” was tremendously appealing to me. The Zen approach discarded all of the contradictory teachings of the various schools of Buddhism people belonged to in Japan. There wasn't much more to enlightenment than learning to sit or breathe mindfully. You could even achieve enlightenment while washing the dishes.

And yet just a year or two after I met Daigaku I found myself kneeling in front of Yakushi Nyorai, appealing for some sort of help for my son.

The temple priest finished reciting the mantra, and completed the ceremony by shaking a haraegushi, a wooden wand outfitted with paper streamers over my head as a form of purification, and then handing me a small gold amulet of Yakushi Nyorai on my way out to the car.

Our newborn son recovered from sepsis a few days after my visit to the temple, although the odds were against it. Did my visit to Tada-ji and Yakushi Nyorai help? It's hard to tell, although we will forever keep the skilled doctors and staff of the hospital in Obama in our hearts. And we have kept the amulet safe as well.