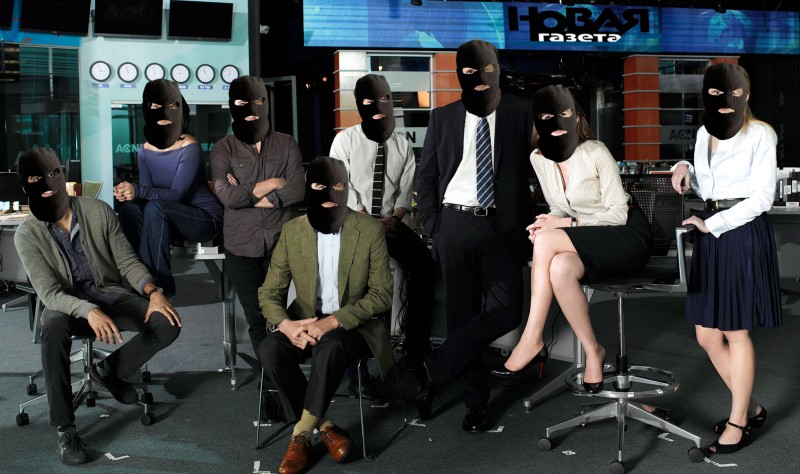 Dmitry Muratov, the chief editor of Novaya Gazeta, one of Russia’s oldest independent newspapers, has suspended his deputy chief editor, Sergey Sokolov, following revelations that Sokolov instructed his staff to blackmail suspects in an investigation the newspaper recently carried out about online communities that allegedly pressure youths to take their own lives.

Sokolov has already issued a public apology for his actions, saying he made the error under the stress of continued reports about minors dying by suicide. “I’m sorry for the extreme form of my indiscretion,” he said in a statement published by Novaya Gazeta.

The catalyst for Sokolov’s suspension (which will remain in effect pending an internal investigation) was an interview published on May 20 on Lenta.ru with the administrator of the Vkontakte community “Morye Kitov” (A Sea of Whales). The anonymous young man told Lenta.ru that he spoke to Natalia Sokolova, an editor at Novaya Gazeta TV, who implied the newspaper’s “cooperation” with the police’s apprehension of another Vkontakte community administrator (the arrest turned out to be fictitious). 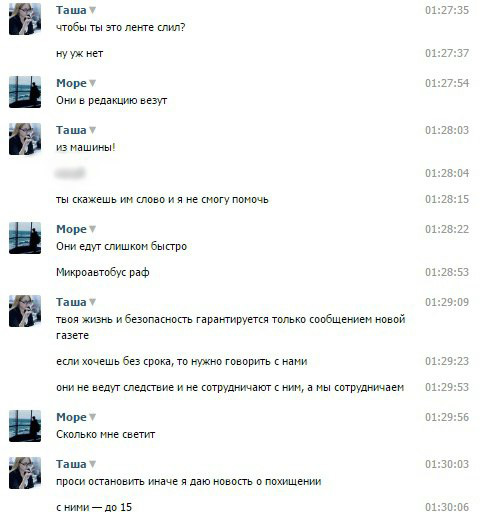 In direct messages over Vkontakte, Sokolova suggested that federal police would be likely to go easier on him, if he agreed to a certain “arrangement” proposed by Novaya Gazeta’s Sergey Sokolov, which required that he speak only to Novaya Gazeta and no other media outlets:

Your life and safety are guaranteed only if you talk to Novaya Gazeta. If you want to get out of serving prison time, you need to talk to us.

In a conversation with the “Morye Kitov” administrator, Sokolova admitted that Novaya Gazeta’s May 16 investigative report on Vkontakte communities pressuring youths into taking their own lives could lead to the deanonymization of the RuNet (creating an “Internet by passport”), though she said she personally opposes such changes. Just as she warned, St. Petersburg state investigators opened a criminal case on May 20 under a federal law against inciting others to suicide. Convictions carry a five-year maximum prison sentence.

According to the “Morye Kitov” administrator, Sokolova threatened that police might charge him under a different law (belonging to an organized crime group), which could land him behind bars for up to 15 years.