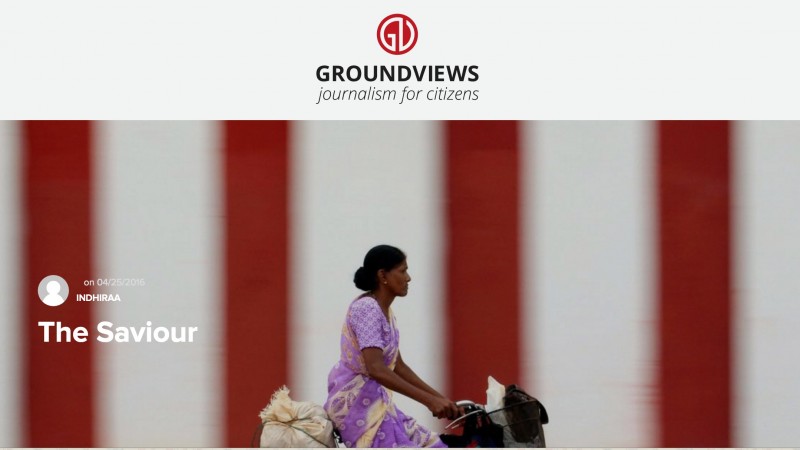 Edited by Sanjana Hattotuwa and Raisa Wickrematunge, Groundviews is an award-winning citizen journalism website, and the first of its kind in Sri Lanka.

The website was launched in November 2006 and has been publishing compelling stories, in the form of text, audio, video and photos in English, Sinhala and Tamil, for ten years. Its powerful and provocative articles on governance, human rights, the arts and literature, and peace-building push the boundaries of traditional media forcing Sri Lankan readers to think outside their comfort zones.

Groundviews has won international awards for its journalism, including the prestigious Manthan Award South Asia in 2009. Freedom House noted in its 2013 annual report on the global media:

Web-based media and blogs have taken on a growing role in the overall media environment, with outlets such as Groundviews and Vikalpa providing news and a range of commentary, even on sensitive stories and events that are barely covered by the mainstream media.