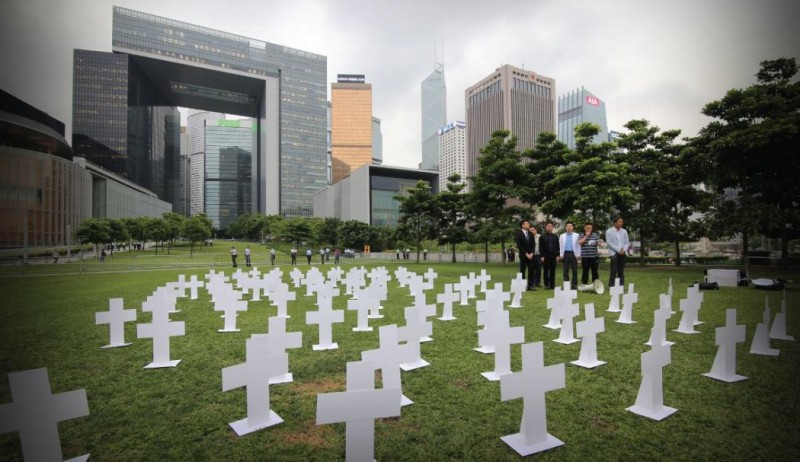 Zhang Dejiang (the chairman of the Standing Committee of National People's Congress and a top official in the Chinese Communist Party's Politburo responsible for Hong Kong and Macau Affairs) arrived in Hong Kong for a three-day visit on May 17. Upon arriving, Zhang stressed that he would “look, listen, and speak” on his trip, saying he brought with him the “care and love of the Central Government.”

Despite this promise of care and love, his visit has been accompanied by roughly 8,000 police officers, who vow to take “decisive action” against protesters during Zhang's “One Belt One Road” summit on Wednesday, May 18.

Police transformed the Wan Chai district, where Zhang resided, into a “core security zone” and sealed off the area with huge water-filled and metal barriers. 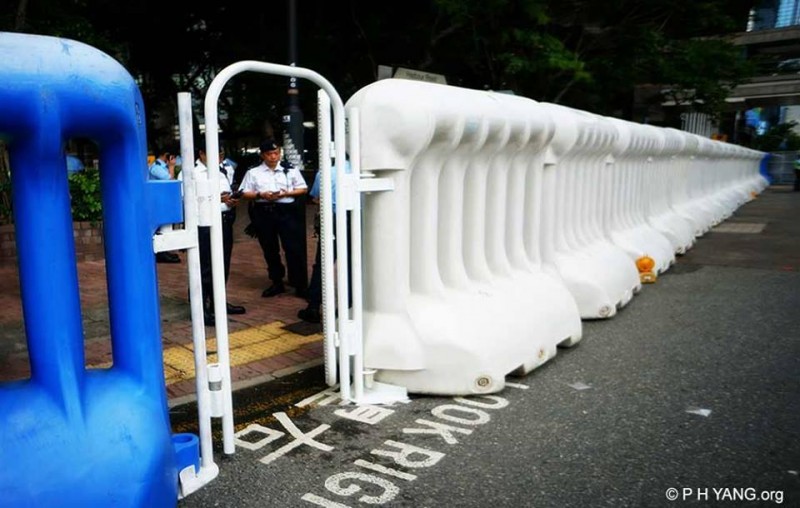 Wanchai district was sealed off with huge water-filled barriers. Photo by PH Yang. Non-commercial use.

To prevent Zhang from seeing protesters’ banners, police officers even camped on top of Lion Rock Hill, a highly symbolic spot representing the city, to make sure that no one could approach. Demonstrators from the political party the League of Social Democrats nevertheless managed to hang a huge yellow banner calling for Genuine Universal Suffrage on Beacon Hill as a message to Zhang. 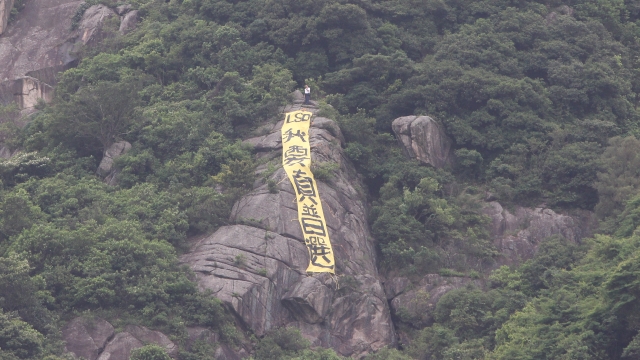 The banner reads, “I want genuine universal suffrage.” It was hung on Beacon Hill by the League of Social Democrats. Photo from Apple Daily via Hong Kong Free Press.

Another protest team from the same group managed to hang a huge black banner calling for an end to CCP's dictatorship. The signed appeared on the express road from the airport to downtown when Zhang's vehicle passed by. More groups followed the initiative by hanging yellow banners in public areas to greet Zhang. 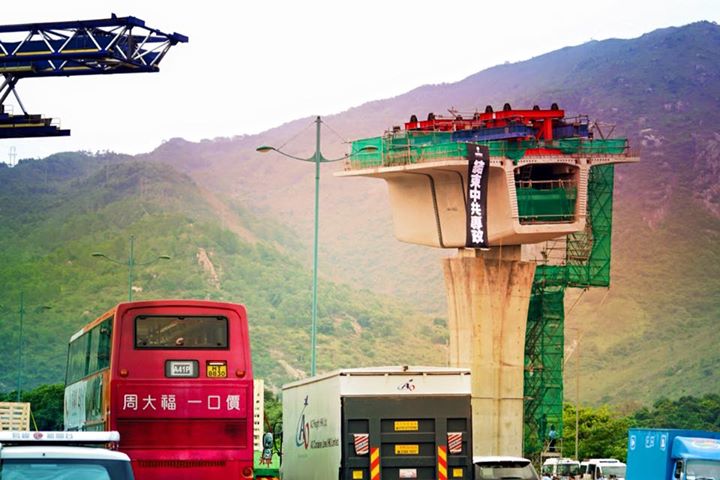 A banner calling for an end to CCP dictatorship hung on the express road. Photo from League of Social Democrats.

Another political party, the Neo Democrats, set up a hundred paper tombstones at Tamar Park outside the Central Government offices to mourn those who died in the SARS epidemic in 2003. Zhang Dejiang was then the top official in Guangdong province and was responsible for withholding information about the outbreak. The epidemic spread from Guangdong to Hong Kong, resulting in the deaths of 299 people in the city.

A major public event during Zhang's visit took place at the One Belt, One Road Summit. In his keynote speech, he stressed that the central government fully support Hong Kong's involvement in the country's cross-border development project. Pro-democracy protesters who were barred from coming near the venue criticized Zhang for not “listening” to local demands and chanted “No to One Belt One Road, Zhang Dejiang get lost” in their rally outside the core security zone. The Independent news site Hong Kong Free Press reported from the demonstration:

In addition to organized protests, people also staged individual acts to make their voices heard. For example, Anthony Lam glued a banner on his car that read, “Zhang Dejiang get lost, I want genuine universal suffrage!” 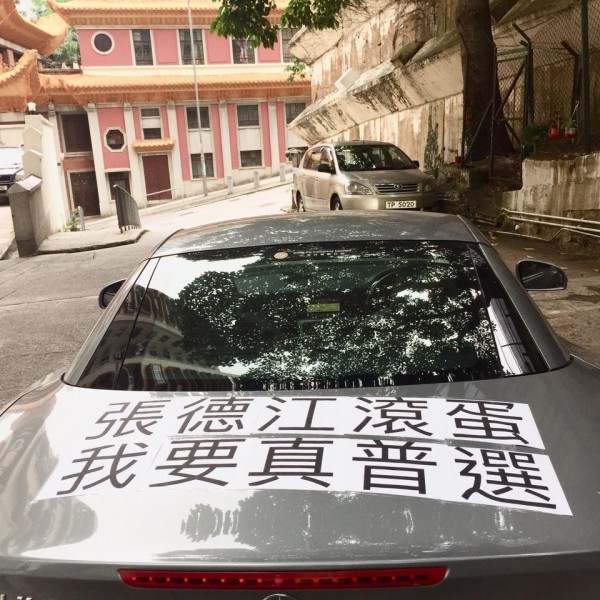